The top 50 rookie performances in State of Origin history revealed

In Game 2 of the 2022 State of Origin series, 3 players will make their debut! With that in mind, Finder has crunched the numbers to reveal the best rookie performances in State of Origin history.

It’s the pinnacle of rugby league. The toughest, fastest, most skilful and most passionate arena you can find for this great sport. It’s where legends are born and reputations forged. If you can shine in the State of Origin cauldron, your name will burn brightly forever.

Such is the physical and mental toll of State of Origin upon its participants, experience is held in high regard. In fact, Queensland has won 11 of the last 13 series, putting faith in the belief that those who have been there and done it before are best suited to do it again regardless of club form. The sky blue and maroon jerseys are not lightly earned and when the time comes to blood a State of Origin rookie, no matter what their NRL club experience, fan scrutiny peaks.

In 2018 we saw a host of changes, especially with New South Wales where 12 players made their debuts on the State of Origin stage. With a further 4 in the Queensland team, we saw 16 new faces take to the field.

Due to injury, retirement and lack of form, 2019 started in much the same vein. Game 1 of the 2019 State of Origin series sees 8 rookies make their debuts. There are five from New South Wales and three from Queensland. The COVID ravaged 2020 saw even more fresh faces, especially in a Queensland side that looked so inexperienced on paper as a result.

Damien Cook's rookie State of Origin performance was one of the best of all time.

Stream TV and sport live or on demand for FREE

Watch the likes of Love Island, New Amsterdam, NRL, French Open and more on 9Now. Create an account and start watching for free.
Get deal

Making an impact in your first ever State of Origin outing is something fans will never forget. Finder, an official State of Origin partner for the 2019 series, set out to discover just who left the biggest mark in their rookie performance by comparing decades of data.

In order to do that, we assembled the player match statistics for every game to date, way back to 1980. It worked out to over 3,700 individual performances! We then got fantasy rugby league algorithm guru Jason Stead to put together a formula to rank these performances. He created the NRL SuperCoach Planner, which is a tool used by a previous winner of the competition.

His formula combines the fantasy rugby league scoring systems used by the NRL and SuperCoach to maximise the stats available. As you can imagine, records aren't quite as detailed as they are today for games that stretch right back into history. Still, we collected more than enough data from across the 37 series and 2 initial standalone games in 1980 and 1981.

(Note: We ignored the showcase game in the United States.)

The metrics measured include tries, goals, average metres per run, offloads, tackle busts, line breaks, line break assists, try assists, errors, tackles and missed tackles. In addition, the algorithm rewards bonus points on a sliding scale for run metres and tackles, which allows for extra credit to be given to those truly super-human performances. 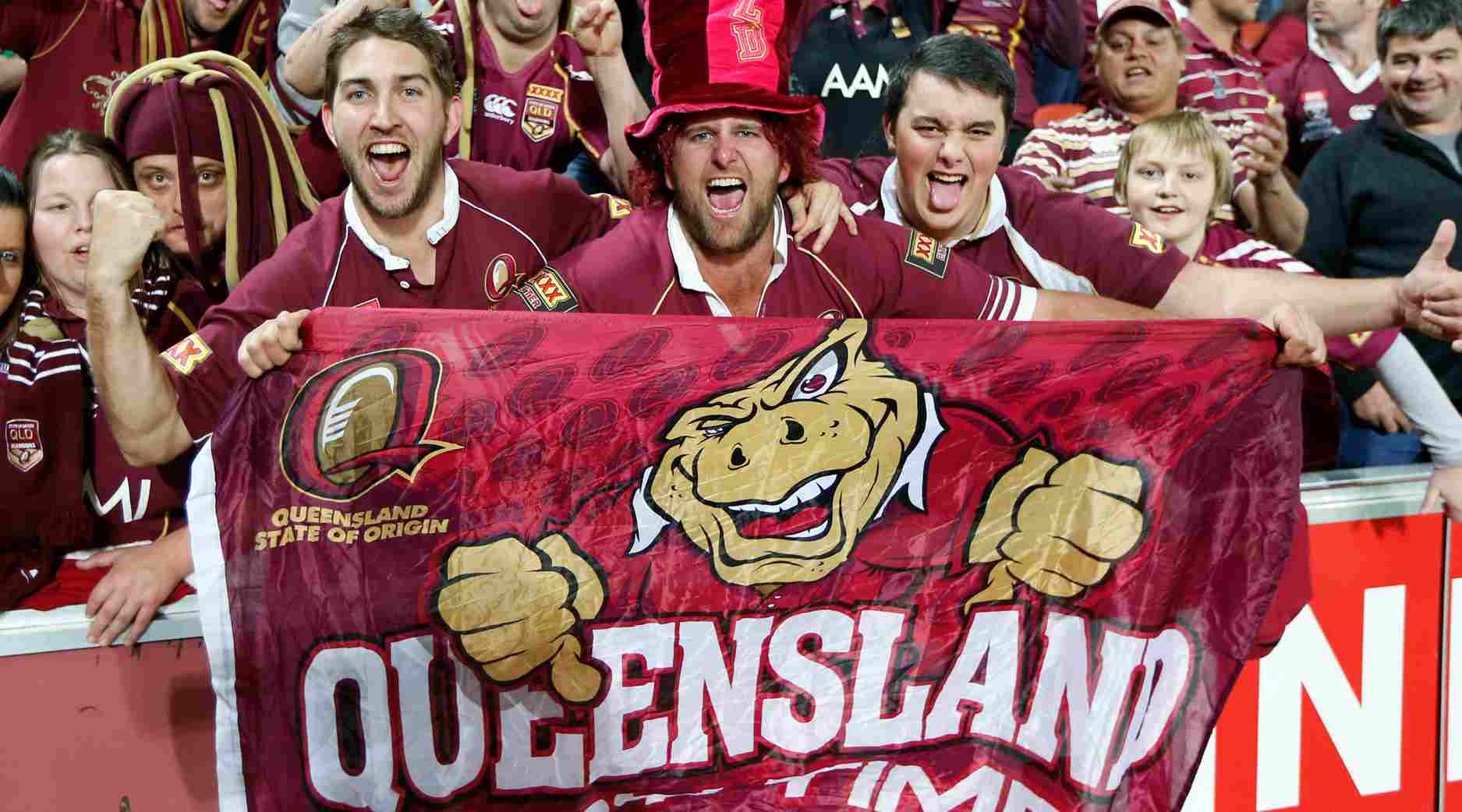 (Although as you will see, there was one player whose performance as a sub was so good it cracked into the list alongside the starting players!)

Top 50 performances from a State of Origin rookie

1. Brett Hodgson (Game 1, 2002, Fullback, NSW) = 222 points
Far and away the greatest performance ever. His record 374 run metres led the way, but 14 tackle busts, 6 line breaks, a try, a try assist and a goal didn’t hurt either. Read the full untold story of Hodgson's origin heroics here.

8. Willie Tonga (Game 2, 2004, Centre, QLD) = 124 points
One of the few centres to make an impact on debut, Tonga can thank his try, his 6 tackle busts and his 11 metres earned per run for his excellent points performance.

9. Billy Moore (Game 3, 1992, Lock, QLD) = 123 points
The quintessential Queenslander, Moore was a known workhorse. The 20 runs and mammoth 48 tackles he made in his debut game was topped off with a try.

Where to watch State of Origin 2022 online in Australia

State of Origin is just around the corner. Make sure you’re able to grab a front seat to Australia’s greatest sports rivalry.

This ignores previous games as a substitute.