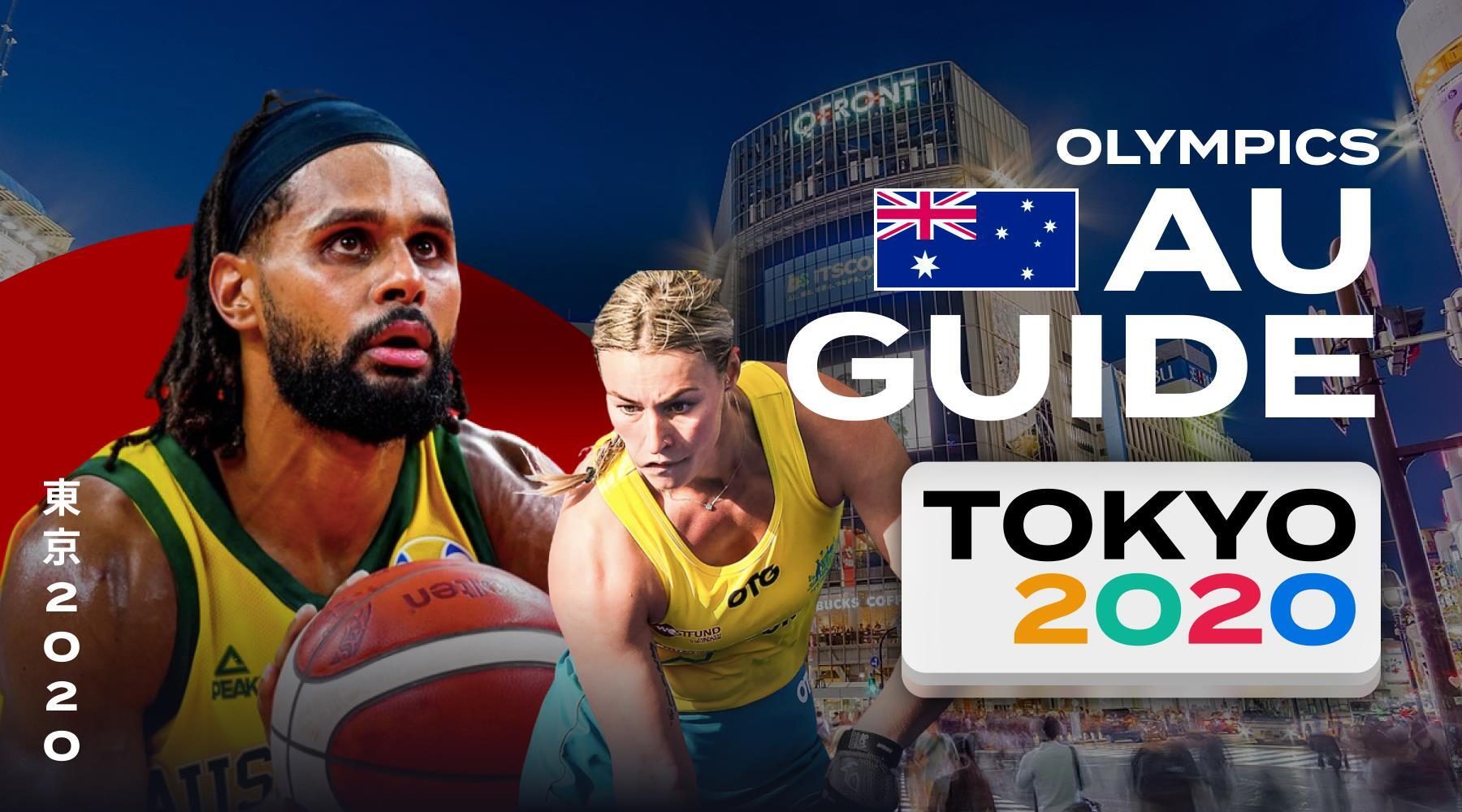 Tokyo 2020 is finally on our doorstep with the Games of the XXXII Olympiad ready to go. Here's everything you need to know.

They're here and thank heavens for that. While it has been a long, long wait for fans of the Summer Olympics, the delayed Tokyo 2020 just might hit Australian television screens at the perfect time as lockdowns take hold for millions of Aussies.

Here's everything you need to know about Tokyo 2020.

Delayed a full 364 days due to the pandemic, the Games will burst into life when the opening ceremony gets underway on Friday 23 July. Competition then rages on until the closing ceremony on Sunday 8 August.

The fight for Olympic gold actually begins on Wednesday 21 July when artistic gymnastics, football, baseball and softball all get started. Australia's Olyroos have already caused a shock by beating Argentina 2-0 in their first football match. The first medals will be won on Saturday 24 July.

It is the second time Tokyo has hosted the Games, also staging the competition back in 1964. Tokyo becomes the first Asian city to host 2 Summer Olympics.

For the record, the Games will still be called Tokyo 2020 despite getting underway a year late. What would they do with all the T-shirts they printed otherwise?

What is the time difference between Tokyo and Australia?

These Olympics will play out in Australian prime time. Tokyo is an hour behind Sydney, Melbourne, Brisbane, Canberra and Hobart, 30 minutes behind Adelaide and Darwin and an hour ahead of Perth.

The first Australian athletes in action are our softballers who take on Japan at 10am AEST on Wednesday 21 July. Rugby 7s will once again be part of the Olympic Games. Image: Kayo Sports

How to watch the 2021 Tokyo Olympic Games in Australia

Channel 7 holds the broadcast rights for the Tokyo games in Australia. The network will be spreading action across its main 7 channel, plus 7TWO and 7mate. Veteran broadcaster Bruce McAvaney heads the coverage in what will be his 11th Olympics.

The Games will also be streamed on 7plus and there is a viewing option for those with Optus and a Fetch Mighty box. We have a complete Tokyo Olympics viewing guide for you here.

How has COVID-19 impacted the Olympics?

Enormously. In fact, it has been a bit of a disaster, really. Allowing the Games to go ahead remains a highly contentious issue in Japan. For months, prominent Japanese doctors have been calling for the Games to be cancelled and almost 500,000 people have signed an online petition demanding the same.

Japan has done well to escape the worst of the pandemic although the virus remains a very real threat throughout the country. Tokyo has seen a surge in coronavirus cases in recent days, recording its highest number of new cases in 6 months just last week. About 15% of Japan's population has been vaccinated.

Spectators have been banned from most events while foreigners from more than 155 countries are banned from entering Japan. Athletes and support staff will be tested before departure and on arrival in Japan but do not have to be vaccinated to take part in the Games. They will also face regular testing and strict measures throughout.

A coronavirus state of emergency is also in force in Tokyo until after the Games end. A list of all positive cases will be published on the Olympic website here.

How many stadiums are being used at Tokyo 2020?

Tokyo 2020 will host events at 42 venues across Japan. The Greater Tokyo area will host the bulk of them, with 6 venues for 8 sports located within Tokyo's central business area, 3 of which were built for the 1964 Games.

Which sports are at the Tokyo Olympics?

Tokyo 2020 comprises 339 events across 33 different sports. There are 4 new sports – skateboarding, surfing, sport climbing and karate – making their Olympic debuts, while baseball and softball return for the first time since the 2008 Olympics.

A host of new disciplines within sports already in the Games have been introduced (3x3 basketball for example).

What do we know about 2021 Olympic medals?

A total of 339 medal events will take place over 17 action-packed days. The biggest days are Saturday 31 July with 21 medal events and Sunday 1 August when 25 medals will be decided. A whopping 48 gold medals are up for grabs in athletics, the most of any sport.

Medals for the Games have been made from recycled electronic gadgets such as old mobile phones that were collected from all over Japan.

Medals are 85 millimetres in diameter with gold medals topping out the weight scales at a whopping 556 grams or just over half a kilogram. IOC guidelines state gold medals should contain a minimum of 6 grams of pure gold – the bulk of gold medals are made from silver. Approximately 5,000 medals have been made.

Also we won't see the tradition of medals being placed around victorious athlete's necks. Instead the medals will be presented and the athletes will put them around their own necks, keeping with coronavirus protocols.

How many Australians are competing in Tokyo?

At the time of writing, Australia has named a team of 487 athletes, comprising 261 women and 226 men. The team includes 307 Olympic debutants. It's the largest Australian team ever sent to an overseas Olympics.

It is 1 less than planned after top tennis player Alex de Minaur tested positive to coronavirus and had to withdraw from the team on 16 July. Liz Cambage has also been scratched from the Opals team and it's not known if she or de Minaur will be replaced at this stage.

Australia has competed in every Summer Olympics collecting a chest-beating 147 gold, 166 silver and 188 bronze medals along the way, for a grand total of 501 medals. 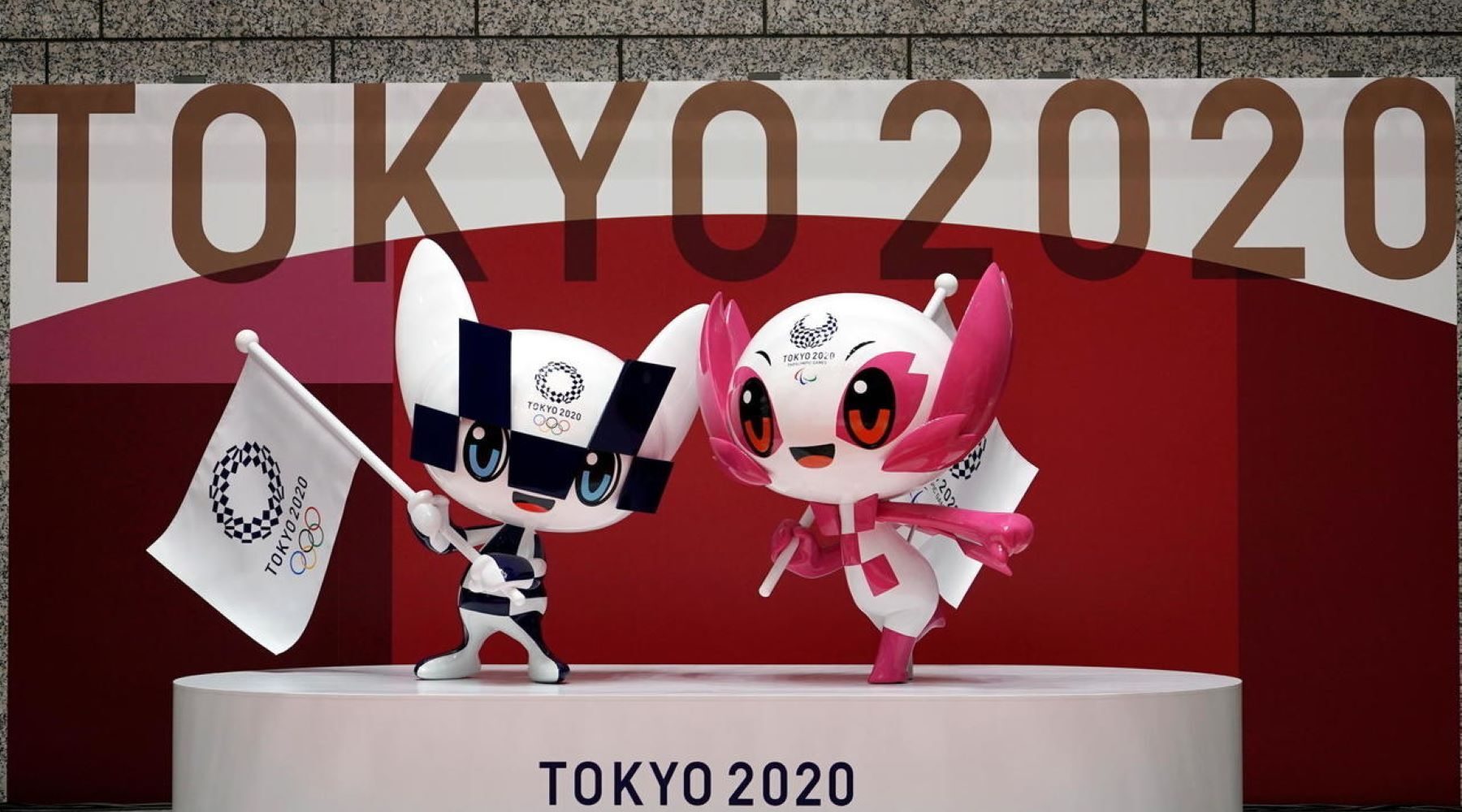 The mascots for the Tokyo Olympics. Image: RFI

How many total athletes are competing?

What is the Tokyo Olympics mascot?

Miraitowa is the mascot of these Games. Read more about Miraitowa at the Olympic website.

What about the torch relay?

The torch has been relaying, we promise you. The dullest event of every Olympics was, like the Games themselves, delayed for a while, but finally got going earlier this year.

Where are the next Olympics being held?