Titanfall 2 Review: All the fun you can have in a giant death robot

Titanfall 2 builds on the original with a hugely enjoyable single player campaign and all the wall running, double jumping and titan falling you could hope for.

If you pay attention to the opening monologue that introduces the campaign in Titanfall 2, you’ll hear a tale about the resilience of pilots, and how they defy the odds to succeed in circumstances they have no right competing in.

As the game shows a pilot decimating the enemy single-handedly on screen, the speech itself is almost a metaphor for 2014’s original Titanfall. It was a first person shooter that despite being locked to a single manufacturer’s platform (the Xbox 360 and Xbox One) and exclusively offering multiplayer battles, somehow managed to offer a fun FPS experience through its innovative game mechanics.

Titanfall mastered the art of wall running, refined the joy of double jumping in first person shooters, and made driving around in a giant mech fun again. It promised an FPS free of the legacy of feigned reality like COD and Battlefield, which allowed it to experiment with the laws of physics to make the run and gun genre feel fun again.

But within six months of the game’s launch, the shallow nature of multiplayer-only first person shooters revealed itself, helped along by an audience split by DLC purchases for map packs and add-ons. Xbox owners wanting to double jump into a giant mech were fundamentally restricted to just a single game mode for lack of players to compete against.

Launching on the Xbox One, PS4 and PC, Titanfall 2 has double jumped straight over many of the issues that plagued the original, starting with the inclusion of a massively enjoyable single-player campaign mode.

There’s not a huge amount of innovation in terms of story here. You play as Jack Cooper, an everyday Rifleman whose very existence echoes every other FPS protagonist ever created. In the opening mission, Cooper survives an attack by the bad guys before watching his hero and mentor - a Pilot named Lastimosa - die. But with his dying breaths, Lastimosa gives you control of his giant mechanical robot Titan – BT-7274, or BT for short.

Needless to say, the plot progresses with plenty of action with increasingly important stakes (the end of a world!) and only you and your Titan can possibly hope to save the day.

Admittedly, that sounds like every other shoot-them-in-the-face-by-numbers FPS campaign. But developers Respawn were clever here, realising what storytellers everywhere have known for a long time: Good stories connect you with the characters.

In Titanfall 2, the most important character (aside from everyday rifleman Cooper) is the Titan BT, and rather than just being a dumb robot, Respawn gave him a voice (which just so happens to sound a lot like Optimus Prime from Transformers).

During the exploratory moments of the game, you’re regularly prompted to talk with BT, choosing from a pair of speech prompts on screen. BT’s an AI robot, so his responses are generally pretty droll, but the regular interaction offers the game some light humour, some backstory discovery and – most importantly – an emotional involvement with the game’s characters.

Towards the end of the game, when something spoilerish happens, you feel genuinely happy/sad/insert-emotion-here about your connection with BT and the relationship you have fostered over the course of the campaign. 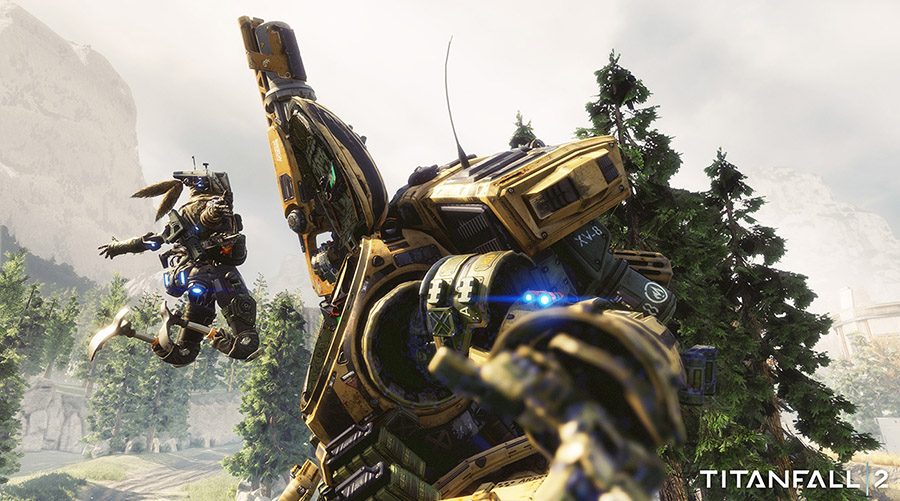 But while the story is good enough to enjoy on its own, it’s the gameplay that makes Titanfall 2 such a good game.

There’s the same wall running (that feels a little tighter) and double jumping (a little higher) and titan brawling that made the original such good fun, but the level design in the campaign is so lovingly crafted that it often feels more like an amazing first-person platformer than a shooter.

What’s more, Respawn isn't afraid to mix up the mechanics either, introducing new elements that completely change how the game is played.

The mission “Effects and Cause” randomly, surprisingly, introduces time travel as a gameplay mechanic. For that one key mission, instead of cloaking when you press the L1 button on your controller, you instead time travel to the past, where the story twists and you have to take advantage of your new skill to get through the level. 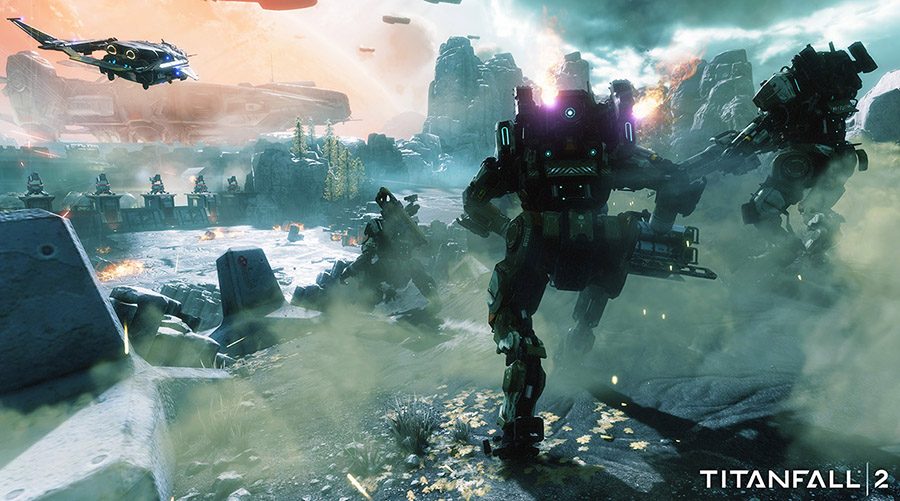 The level design here is as close to perfection as you’re likely to find. The traditional mechanics that make Titanfall are still in play, but they need to be combined with the time travel element in order to destroy waves of enemies and navigate through puzzling environments that have been impacted by your time travelling.

At one point you have to wall run, jump, time travel, finish a double jump, wall run some more (on a wall that wasn’t in the future, or the past, or whatever), shoot some bad guys and then repeat the process. As the level finishes, you’re left with a palpable sense of satisfaction and wonder at the attention to detail that made such an experience possible.

Of course, Titanfall isn’t all campaign and storyline – there’s a pretty solid multiplayer element to the game as well, and Respawn didn’t rest on its laurels there either.

Titanfall 2’s multiplayer has been significantly fleshed out, with new game modes and a range of unlockable Titan classes to take to the battlefield. The Burn Cards that were a core component of the original game are gone, while gameplay elements like riding on the back on an enemy Titan have been tweaked to add a new layer of complexity to matchups.

At its core, the main game mode of Attrition has been superseded by a new Bounty mode, where two teams battle it out to kill as many third party enemies as possible, with monetary rewards for kills and damage inflicted. The catch is that half your bounty is stolen if an enemy pilot kills you before you bank your funds, making the challenge much more exciting.

There’s also Titan deathmatches and Pilots only battles, as well as old favourites Capture the Flag and Amped Hardpoint. 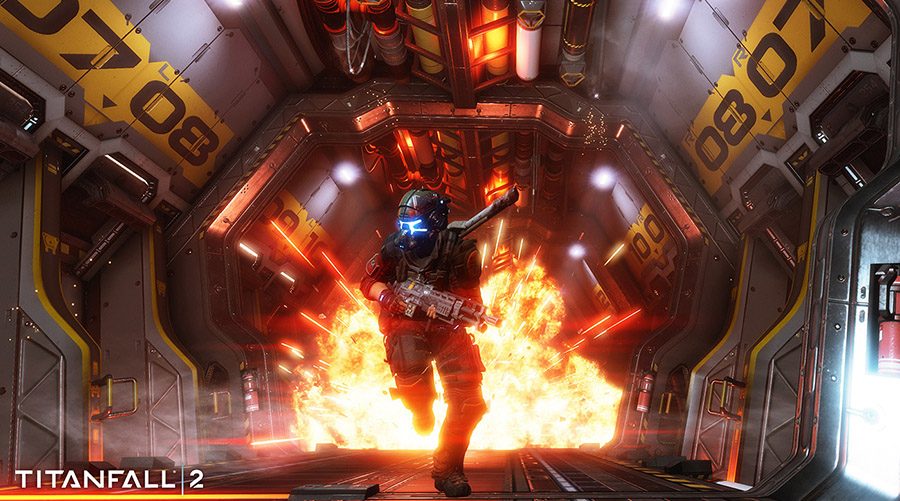 You also earn an in-game currency based on your performance which can be used to unlock some upgrades early, but Respawn has made a point of not including micro-transactions, or even a season pass for the game. Instead it’s promised a heap of free DLC to come.

Unfortunately for us here in Australia, the wide range of multiplayer modes highlights the challenges Titanfall 2 still faces, given its launch window sat squarely between Battlefield 1 and Call of Duty this year.

While diving into Bounty mode always resulted in a quick (and fun!) game, some modes, like Capture the Flag, were impossible to experience on PS4 due to a lack of players, at least on the default network.

Hopefully this was just early teething issues, and not a result of underwhelming sales during a packed season for first-person shooters. Because even without some of the less popular multiplayer modes, Titanfall 2 is legitimately one of the most fun FPS experiences you’ll ever have.

We reviewed Titanfall 2 on PlayStation 4 with a copy provided by the publisher.