Tesla share price roller-coaster – to buy or not to buy? 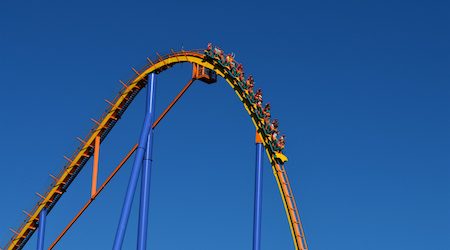 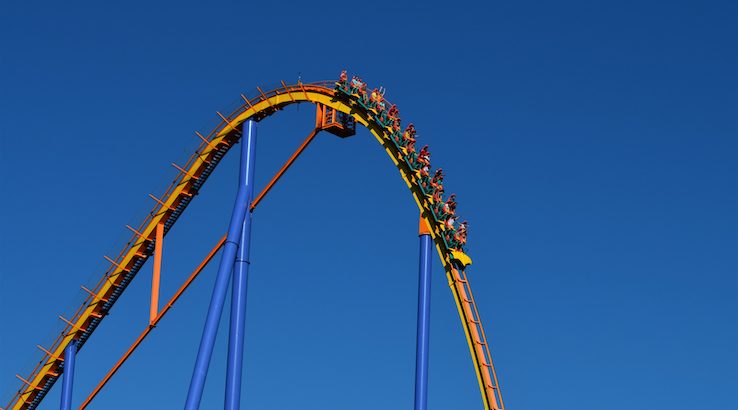 Matt Leibowitz is the founder of share trading platform Stake and a guest contributor at Finder. The views and opinions expressed in this article (which may be subject to change without notice) are solely those of Matt's and do not necessarily reflect those of Finder and its employees.

It’s no secret that 2020 has delivered some abnormal trading activity to Tesla (TSLA). A fortnight ago, we watched as its share price jumped from $580 to $969 in a matter of days, before plunging again by more than 20% in a day.

Also read: How to buy Tesla shares from Australia

It's an astonishing feat for such a large company, so let's dive into what's been happening. 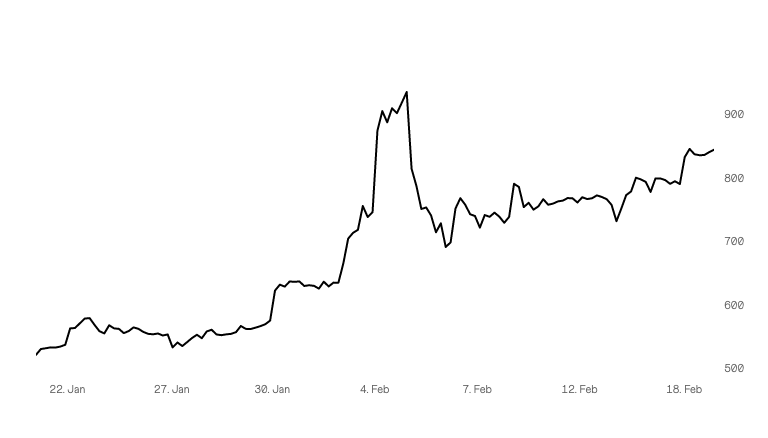 For the 11-day trading period beginning 29 January 2020 – a day prior to Tesla’s profit announcement – TSLA dominated activity on our trading platform Stake. With a total nominal amount of US$24.85 million on the move, it accounted for 49.6% of trading volume among the 10 most traded stocks on Stake. If we break down these figures further, we can take a closer look at the composition:

It’s interesting to note that TSLA buys occur much more frequently than sells. However, the average sales volumes are almost twice as large as the average "buy" volumes.

A reason for this is the stock’s bubble behaviour. Although most of the buys (13.7%) occurred on 4 February – the day Tesla’s stock price reached its record $945/share – most sales (24%) occurred the next day when the price dropped to $720/share.

This suggests many investors anticipated the bubble "bursting" and hence tried to cash out quickly beforehand.

Who’s getting in and out of TSLA?

Looking at trading data by state, we can see that New South Wales, Victoria and Queensland have the largest trading volumes. This is unsurprising, given there are higher populations in those states.

However the age distribution of users trading TSLA offers greater insight. We can see that those aged 20-40 have been trading the most, with the average age to trade Tesla at 33 years. This is owing to a range of factors, from lifetime income differences to age-based attitude differences towards modern sustainability-based tech stocks.

Stake’s customers have been able to benefit from TSLA via one key driver: volatility. Stark movements in stock prices provide traders with greater margins by buying low and selling high.

TSLA’s surge to a record-high of $968.99 was a result of news that the company’s plant in Shanghai would continue with production following a prolonged shutdown due to concerns about the coronavirus. Furthermore, Tesla’s Shanghai rival, Nio (NIO), which is also known as the “Tesla of China”, saw reductions in vehicle production and delivery.

Events like these are amplified and hence permeate into the US stock market due to the larger number of traders and larger volumes traded.

Given that Tesla issued 2.65 million shares to the public last week, despite Elon Musk having previously said that they wouldn’t, implies that there is a change in tone from the company’s perspective. This suggests that although there was some pullback from TSLA, there is still excitement around it.

It therefore begs the question, how much more value is there to gain from trading TSLA?

I personally think there is still potential, but like many stock market frenzies, it's possible that the hype around Tesla will quickly die down. So it pays to be cautious.