I took Tigerair’s first Canberra flight and it ran late 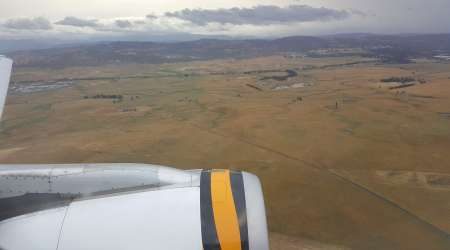 But we did get a free soft toy and some water cannon action.

Hello, I'm Angus, and I'm a travel tragic. As soon as Tigerair announced that it was adding a new city to its network with Melbourne-to-Canberra flights, I decided that I needed to book on the very first service. 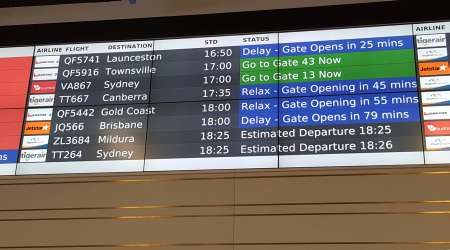 I even got lucky and managed to nab one of the first 200 seats, which meant the flight was free. Just as well, though; since I live in neither city, I was going to need to book two other flights just to get to Melbourne and to get home afterwards. Clearly, I have a problem. But here's how the flight went.

Firstly, Tigerair lucked out by launching the service on a day with rubbish weather. Air traffic control was delaying and cancelling flights left, right and centre. So at 5:35pm, when TT667 was supposed to be taking off, we were all still standing in an endlessly lengthy messy queue, waiting to get on board. 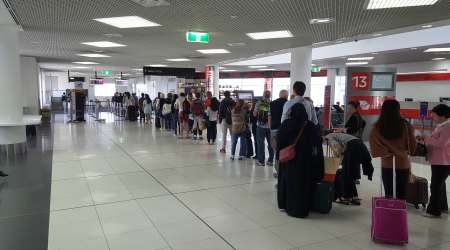 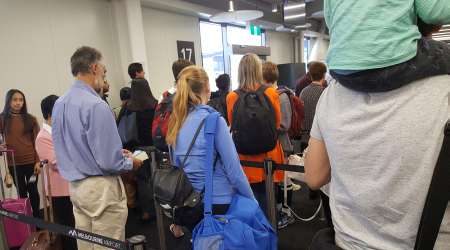 When we eventually departed, we were 30 minutes late. This is slightly unusual; Tigerair has a better record for on-time departures than its budget rival Jetstar. That said, 1 in 5 flights ends up departing late, and we were one of those flights. Weather is not something airlines can control. 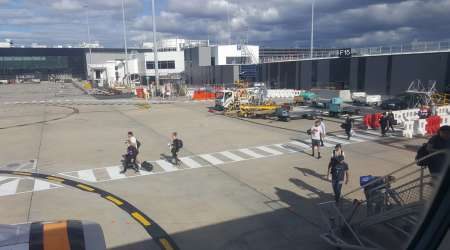 The length of the queue was testament to the fact that people will happily buy cheap seats; I couldn't see a single vacant seat anywhere once we boarded. Less happily, carry-on baggage rules were being fully enforced, with passengers having their bags weighed and being sent off to pay up to have them checked if they exceeded the limits. That's an expensive proposition at $75 a pop, and it's about to become even more expensive when fares are raised later this month.

It wasn't until everyone had boarded that anyone acknowledged this was an unusual flight. The captain announced that since it was the first flight for Tigerair into Canberra, we'd receive the "customary water cannon greeting" and every passenger would get free gifts from Visit Canberra. But once that was announced, it was just like any other Tigerair flight (and I've taken quite a few this year, because who is going to turn down $9 fares?)

That meant it was not much like most flights to Canberra. Business people and public servants are the main passengers visiting our capital, and they're already well served. As I noted when Tigerair announced this service, if you want to fly from Melbourne to Canberra with a major airline, you could have chosen from 13 flights with Qantas and 7 with Virgin on the day Tigerair launched. You'd definitely pay more, but you'd have a lot more choices (and free food and drink, including wine). 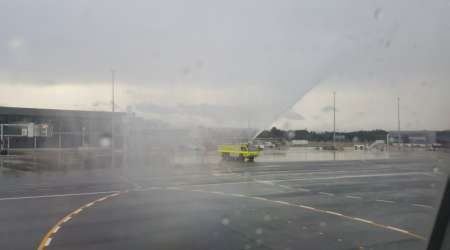 The impact of the water cannon was dulled a little by the fact that it was raining. And the impact of the staff handing out free soft toys (tigers, natch) was dulled by the fact that everyone was more concerned from getting into the terminal as quickly as possible because of the rain. All in all, though, I imagine Tigerair will do OK on this route for the time being. Just remember the golden rule: don't try and cheat the luggage regulations. 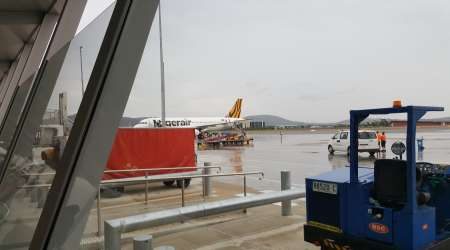