This week in streaming: A Netflix interactive special and Mark Ruffalo in a double role 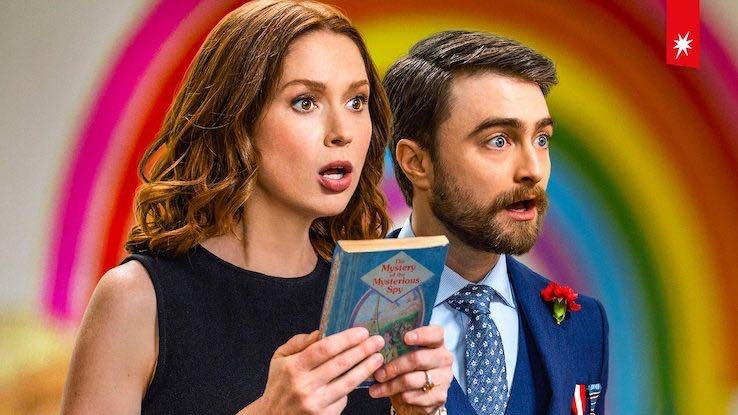 Highlights also include The Great, White Lines and ZeroZeroZero.

It's no secret that the COVID-19 pandemic has brought the film and TV industry to a standstill. With production suspended on most TV shows and movies, it's hard to predict what's in store for the rest of 2020.

If you watched the Riverdale season finale last week, you could probably tell that it looked different than the writers initially imagined. In fact, this season was supposed to feature the big senior prom, but since filming was stopped due to the pandemic before shooting could be completed, the show did the best it could considering the circumstances. The same situation applies to a plethora of titles in development, which may slow down the release of new titles on streaming later in the year.

If and until that happens, though, we're still spoiled with plenty of new content to keep us company as we're expecting to see how the new normal might look like. Here's what to keep an eye out for this week.

Netflix drops a new interactive special, Unbreakable Kimmy Schmidt: Kimmy Vs. the Reverend. According to the official synopsis, Kimmy is getting married, but first, she has to foil the Reverend's evil plot. It's a "choose your own adventure" style event, in the likes of Black Mirror: Bandersnatch. Only, we're guessing, more on the cheerful side.

The streaming service is also debuting new series White Lines, a Spanish-British mystery/thriller series created by Álex Pina, also responsible for international hit Money Heist. The show follows a woman who leaves her quiet life behind to investigate her brother's disappearance in Ibiza, where she quickly heads down a decadent and dangerous path. For those in need of a few laughs, Magic for Humans returns with Season 3 on 15 May.

Over at Foxtel, we're getting the premiere of limited series I Know This Much Is True, which stars Mark Ruffalo in the double-role of identical twin brothers. We also recommend you check out Bad Education, a movie about the single largest public school embezzlement scandal in American history. It stars an ensemble cast featuring Hugh Jackman, Allison Janney, Geraldine Viswanathan and Ray Romano, to only name a few.

Meanwhile, SBS On Demand is debuting ZeroZeroZero, a crime drama inspired by best-selling author Roberto Saviano's book of the same title. The series follows the journey of a cocaine shipment, from the moment a powerful cartel of Italian criminals decides to buy it until the cargo is delivered and paid for. Expertly shot and acted, the series was described as exhilarating, which is exactly how a solid thriller should be.

Finally, Stan is premiering two interesting shows this week. First off, The Great is a comedy about the rise of Catherine the Great, starring Elle Fanning and Nicholas Hoult. Next, there's Hightown, a crime drama following one woman's journey to sobriety, which is overshadowed by a murder investigation dragging her into its fold. Colour us intrigued.

Take a look at the highlights of this week's new streaming releases below. For more upcoming titles, check out our list of everything coming to streaming in May 2020.

I Know This Much is True

This is not a drill - the Rafters are really back!

The only thing crazier than love is family.

The return of the Rafters, an acclaimed comic book series and a timely submarine crime caper are amongst our top picks this week.

Rear Window, but make it sexy.