6 things you didn’t know about Holden

Holden is as Australian as football, meat pies, kangaroos and, well, Holden cars. Or so the classic advert goes. Here are six facts you probably didn’t know about Holden.

1. The Holden company didn't build a car until 92 years after it opened for business

Holden started life as J.A. Holden & Co, a leather and saddlery making business in Adelaide. The year was 1856. The company merged with a carriage maker in 1885 and started trimming and repairing motor vehicle interiors in 1910.

It wasn’t until 1914 that Holden built their first car body. In 1936, the company began planning to build its first all-Australian car, but WWII put those plans on ice. The first Holden car finally came to fruition in 1948.

2. The first Holden car was called “The Holden” 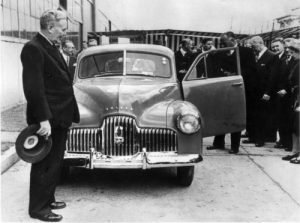 The first proper Holden car was the 48-215, which was built upon a pre-war Chevrolet design that never made it into production.

In 1948, 400 guests gathered to see Prime Minister Ben Chifley unveil the new sedan, a cream Holden 48-215, the first off the production line.

While the company did consider giving it a model name, with suggestions like “Woomerah”, “Emu” and “Austral” in the mix, in marketing materials it went by "The Holden".

Holden has led a varied and historied life. The company has made everything from golf-club heads, fruit-packing cases, horse saddles, filing cabinets, torpedo engines and even trams.

Hoff used an ancient fable as the basis for his work, opting for when man observed a lion rolling a stone around and decided to invent the wheel. Hoff’s other work includes the ANZAC war memorial in Hyde Park.

Before the illustrious lion, Holden’s logo depicted a winged worker kneeling in front of its factory.

Holden leads the way in Australian firsts for car design. In the 1960s, the car maker became the first domestic market manufacturer to fit seatbelts. To demonstrate the strength of these lap belts, marketers suspended a Holden from a crane by a single strap. Underneath, a second car hung on a seatbelt. Unfortunately, the crane driver got a bit erratic and a steel buckle split. The topmost car fell onto the lower one, squashing it in the process. 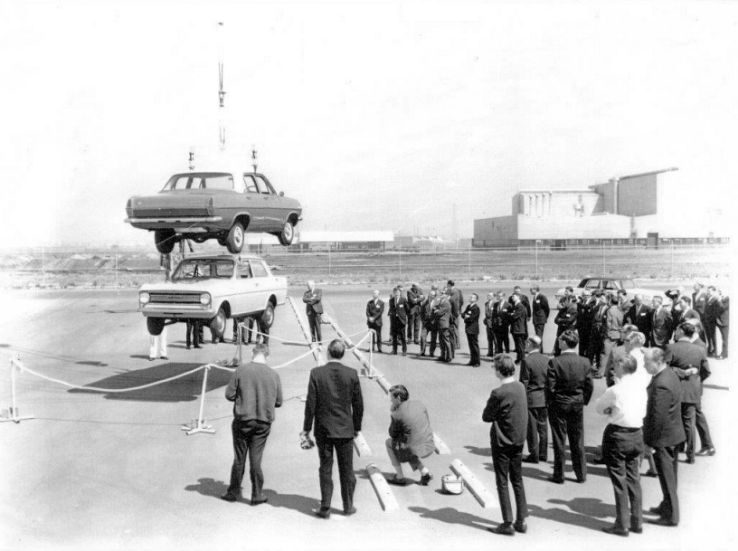 The 1993 Commodores were the first cars fitted with an airbag. The 1981 models featured the first trip computer and cruise control on an Australian-built car. In that same year came the Holden Rodeo, the company’s first 4WD model as well as the TE Gemini, the first locally produced diesel passenger car. In 1986, Holden introduced the first turbocharger and 1995 laid claim to the first superchargers.

Peter Brock was an incredibly successful racing driver, with nine Bathurst 1000 wins. He had a close relationship with Holden until he pushed for the use of an energy polariser. The crystal/magnet device supposedly aligned a car's molecules and even absorbed impacts from bumps and lowered cabin noise. Failing to see any results from the crystals, Holden parted ways with Peter Brock and turned to competitor Tom Walkinshaw to create HSV.

Looking to buy a Holden?

If you’re looking to buy a roaring lion-badged car, check out our Holden reviews section. If you’re looking for no-surprises car ownership with all-inclusive fees, Holden’s ridesharing service might be up your street.

If you’ve got an old Commodore or Torana in a shed out in the yard, you may be sitting on some cash unknowingly!

You can also read a number of reviews from various manufacturers at our car reviews section.

Holden to close after 160 years of operations

In February 2020, GM announced Holden would close in 2021. Rear the announcement here.