These four factors are driving the price of bitcoin 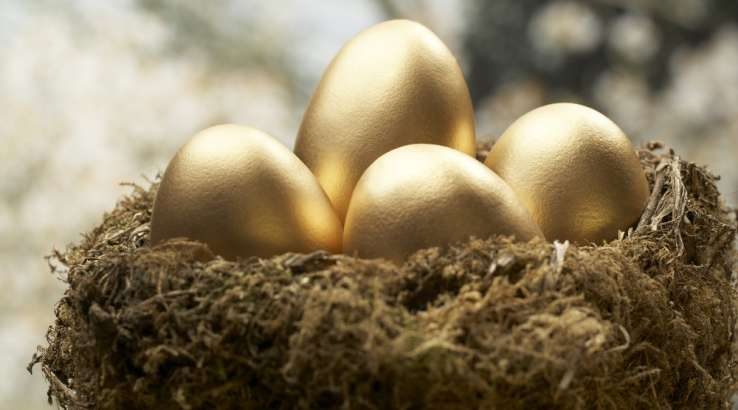 The price of bitcoin has dropped to around $8,000 in the last few days, after almost hitting $10,000 in the past month, and rising over 1,850% since 2015. All of this shows how volatile the currency is, prompting the question, what leads to such huge movements?

Our ongoing research reveals four factors that affect the price of bitcoin. These include media hype and uptake by peers, political uncertainty and risk (such as the election of Donald Trump or the vote for Brexit), moves by governments and regulators, and the governance of bitcoin itself.

It is likely the last factor that has driven the latest drop in the price, as a proposed bitcoin split (or "fork") failed to gain support from developers towards the end of last week. The split would have doubled the number of coins in circulation (as previous splits have) and increased transaction speed.

Economists have long had a notion that psychological factors affect investor decisions. This is called "animal spirits" and refers to investors making decisions based on the behaviour of other market participants and their own intuitions, rather than hard analysis.

Analysis of the price of bitcoin shows that positive media coverage is one of the main factors driving the price.

Positive media coverage of new technologies causes a well-known hype-cycle – a peak of hype is followed by a "trough of disillusionment".

This was most apparent in the early days of bitcoin, when mainstream press started to report on the new currency and caused a number of short price spikes and collapses. As media coverage increases and other factors are brought in, it is harder to distil the effect of the media alone.

Something similar happens when high-profile companies go public, as investors "pile in" and the value rapidly increases from a low base. Think of a company like Twitter, which saw a huge sharemarket "pop" when it went public.

Political risk around national currencies can also affect the price of bitcoin as people use it to hedge against price movements in a particular currency, or they need to quickly move large amounts of value out a country or currency.

The economic crisis in Greece in 2015 was followed by reports of increased buying of bitcoin by Greek citizens wishing to protect their wealth. This did not seem to affect the price of bitcoin on global markets, however, which remained steady between $300 and $400 for most of that year.

But nervousness about the national referendum for Britain to leave the European Union (Brexit) on June 23 2016 did lead to an increase in the price of bitcoin alongside a decrease in the value of the British pound.

The election of Donald Trump as US president was also followed by two months of steep rises in the price of bitcoin. Many attributed this to uncertainty in the US economy.

Regulators around the world have had to catch up to the rise of bitcoin. They must decide, for instance, how it will be treated by the tax system, or whether and what regulation applies to its use.

Two events in particular highlight the impact regulations can have on the price.

The announcement that bitcoin would be considered legal tender in Japan pushed the price of bitcoin up by 2% in just 24 hours, and increased the price globally by 160% for the next two months.

China's decision to shut down several bitcoin exchanges and ban initial coin offerings (a form of crowdfunding often paid for with cryptocurrencies) sent the price of bitcoin plummeting by 29% in 24 hours.

Although bitcoin is a decentralised currency, some decisions about how it will work or evolve need to be made from time to time. These also have an impact on the price.

To change the software used to mine and authenticate transactions developers need more than 50% of the global network of miners to agree with that change. When they get that support they can create a "fork".

On August 1 2017 bitcoin underwent a "hard fork". A new cryptocurrency – Bitcoin Cash – was created and given to everyone who owned bitcoin. bitcoin cash software can process 30 transactions per second, four times more than bitcoin.

Not many investors in bitcoin are coders, however, or knew what the fork would entail. There was a period of uncertainty before the fork, and a period of rapid price rises afterwards.

Since then there has been another fork – to create Bitcoin Gold.

The attempt at a third fork was the one that failed to get support last week. This seems to be the cause of the correction in the price of bitcoin late last week (at the time of writing the price is down almost 20% from a peak of A$9,925 on November 8). However, the price of Bitcoin Cash has simultaneously risen from $818 to $1,850.

Although we can point to these four factors as affecting the price of bitcoin over its short life, it is a volatile and experimental technology, and is still in development.

Over the longer term it is likely to gain acceptance among investors for other reasons. For instance, it is deflationary – because there is a limited supply both in the total number of bitcoins that can ever be created as well as the rate they can be created, the purchasing power of bitcoin will increase over time.

This differs significantly from currencies like the Australian dollar. If you store national currencies under your bed they will, over time, become worthless.

For other investors, the volatility of bitcoin makes for a good trading environment (e.g. lots of price movements give opportunities to make money buying or selling). You can see this in the above comparison with gold.

Bitcoin can also be a long-term investment due to it being unregulated in supply and having some huge benefits over some national currencies: it is global, untied to supply of currencies by central banks, easily transferable across borders, and doesn't suffer from the considerable transaction and administration costs paid to banks, currency markets and financial traders.

Being a relative new market, however, with no mathematical mechanism to predict how it will act in the future, it really it is a case of buyer beware. Our only tip would be – don't put in more than you can afford to lose.

Alicia (Lucy) Cameron is a senior research consultant atCSIRO. Kelly Trinh is a data scientist at CSIRO. This article was originally published on The Conversation. Read the original article.