The world’s most romantic landmarks in the world, by the numbers 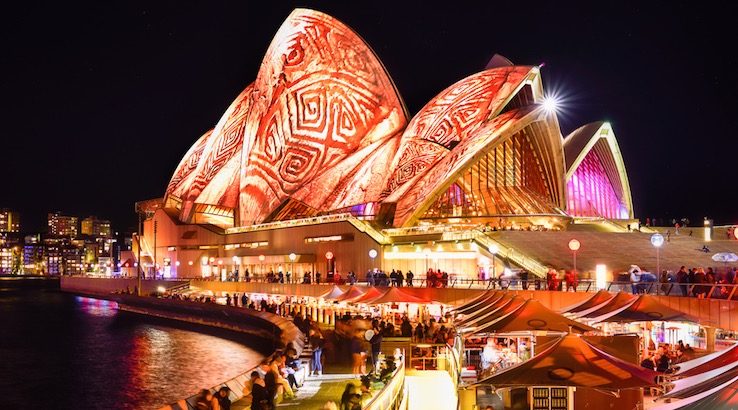 People to see in places to do.

There's no shortage of places that claim to be the most romantic spots in the world, but nothing you'd call official. That might be changing now, thanks to the magic of geolocation dating apps.

One such app, Happn, has found a novel way of identifying the most romantic places in the world, based on the places where most people have met a partner. The app works by showing profiles when two users cross paths. It has 37 million users around the world, so that's a lot of numbers to look at.

The end result is a lot of obvious landmarks, but a lot more less-obvious places that you might not have heard of. There are plenty of romantic escapes around Australia, but if you're looking for a place to getaway overseas, then it might be worth adding these to your list.

The 10 most romantic places in the world, by the numbers

The most romantic places in the world, as defined by the places where most of the 37 million Happn users have met.

1 - Obelisco Buenos Aires, Argentina: Appropriately enough, the Obelisco sits in the middle of an intersection. Buenos Aires has earned itself a reputation as one of the world's party cities, but outside town there's also plenty of stunning landscape to explore. Argentina is also one of the best places to visit on the Australian dollar in 2017 so you'll find love one way or another, either by meeting at the Obelisco, or falling in love with the country itself.

2 - Buckingham Palace, UK: Perhaps the top attraction in London, and the entire British Isles.The schedule changing of the changing of the guard brings a lot of people together at once, and tourists will generally throng the gates at all sensible hours. London might not be a traditional European city of romance, but it earned more top spots than anywhere else in Europe.

3 - The Eiffel Tower, France: No surprises here, with the most famous monument in the city of romance taking second place. By the numbers a lot of travellers and locals cross paths at the Eiffel Tower, before going off for a croissant and maybe more. After all, there's no shortage of hotels in walking distance of the tower.

4 - Sagrada Familia, Spain: The famous and extremely distinct church has been under construction for well over a hundred years, so these days it has to be simultaneously built and repaired. Kind of like any meaningful relationship.

5 - Empire State Building, USA: Make your way to the observation deck for unparalleled views of New York City. It's notorious for long lines though, which might be how so many people met there.

6 - The Little Mermaid, Denmark: Visitors sometimes get underwhelmed by the statue itself, but its waterside place is as good a meeting point as any in Copenhagen.

7 - The Colosseum, Italy: The centrepiece of Rome, Europe's other city of love. Odds are, people have been finding true love at the Colosseum for thousands of years now. It was the only place in Italy to find a spot on the list. The Sistine Chapel might have made it too, but the Chapel's famous acoustics mean any whispered sweet nothings would be clearly heard by everyone else there

8 - Sydney Opera House, Australia: Sydney's iconic opera house comes in at thirteenth on the list. Whether lovebirds were taking in a show, shopping on the water or hitting the bars along Opera Quay, there are no doubt plenty of opportunities here and around Sydney.

9 - Topkapi Palace, Turkey: The immense Topkapi Palace in Istanbul is one of Turkey's musts, even among all the other spectacular destinations like the Hagia Sophia. You can't spend a day here without gaining a newfound appreciation for the sheer artistry, opulence and history of the area. A lot of travellers, it seems, have gained more than that.

10 - Corcovado, Brazil: Corcorvado might be better known as the home of Cristo Redento, or Christ the Redeemer. It overlooks Rio de Janeiro, and must have enough views and foot traffic to inspire love in visitors and locals alike. Festivals and party seasons abound in Brazil's capital, so there are doubtless plenty of seasonal chances for new paths to cross.