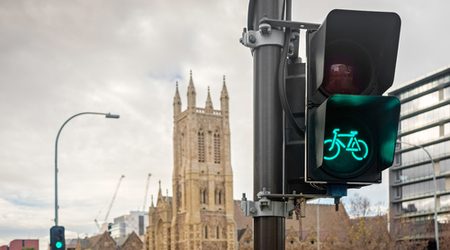 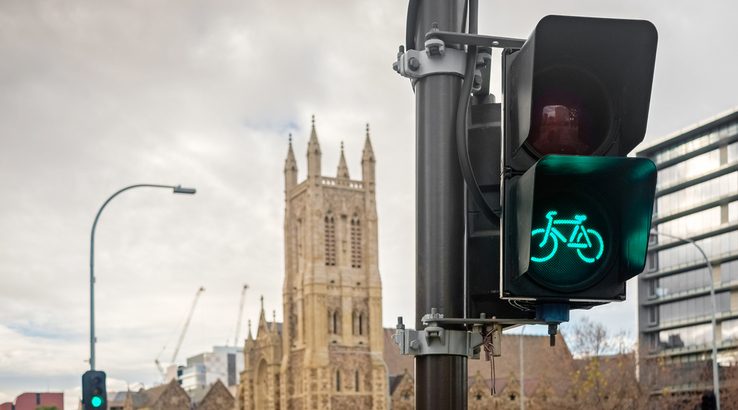 Bike ridesharing is given the go-ahead in Adelaide.

The world's first and largest station-free bike sharing company, ofo, has announced its launch into the Australian market today, 3 October. Australia is its first destination in the southern hemisphere, and it's picked Adelaide as its entry point, with plans to carefully stagger the rollout around Australia.

According to Scott Walker, ofo's head of strategy in Australia, they would have been here sooner, except the launch was delayed for fear of negative perceptions left behind by other bike-sharing brands, like oBike. oBike was recently criticised for having its bikes thrown into rivers and left all over the streets of Sydney and Melbourne.

Users download the ofo app, and then use it to get passwords for the bike locks. After the trip, the bikes can be left anywhere bicycle parking is allowed, with ofo laying out "preferred parking zones" in Adelaide. Helmets will be provided with the bikes to satisfy Australia's mandatory helmet laws.

Walker also says that the bikes are better. They weigh less and come with gears and lights meaning a more comfortable ride.

Walker also said that ofo will be cheaper than competitors where membership is bought on a regular fee basis. Instead, ofo rides will be priced at a dollar for half an hour, and costs will be capped at $5 a ride.

But the main difference might be that ofo is staggering its release around Australia, starting with a small fleet of only 50 bicycles in Adelaide. Progress will be carefully monitored to see how things go. It's different to the oBike method of "a few guys in a van dropping off bikes like a milkman," says Walker.

Significantly, ofo is the first bike rideshare company to get officially licensed to operate in Australia. South Australia recently earmarked $1 million for its own bike rideshare project, but with ofo's arrival, the government has decided that ofo might be a better alternative to building an operation from scratch.

These tentative and gradual steps might be a mild investment for ofo, which raised $700 million in its Series E funding back in July and is backed by companies such as Alibaba, Hony Capital and CITIC Private Equity.

"Having identified Australia as a market with significant transport gaps and a clear need for better short distance point-to-point transport solutions, ofo is carefully rolling out our service, one location at a time, in collaboration with government and cycling stakeholders," said Scott Walker, Head of Strategy, ofo Australia. "We are determined to be the first bike share platform to launch in Australia the right way."

Other than the mandatory helmet laws, some people have said that Australia is unusually hostile towards cyclists. You can't cycle on the sidewalks, but bike paths remain uncommon and 73% of Australians say cycling is too dangerous for the roads. One survey found that 2 out of 5 drivers reported having had near misses with cyclists, with generation Y drivers and Queenslanders in particular saying they've experienced it a lot.

It's possible that Australia just isn't ready for bike sharing and that ofo will never go beyond its initial 50 bike experiment.

However, cyclists with their own rides are still getting some new technology of their own. Peer-to-peer bicycle insurance came to Australia in September 2017, and insurers are increasingly recognising the health benefits of cycling and rewarding it with discounts or lower premiums.