The Walking Dead: World Beyond – Recap and preview of season 2 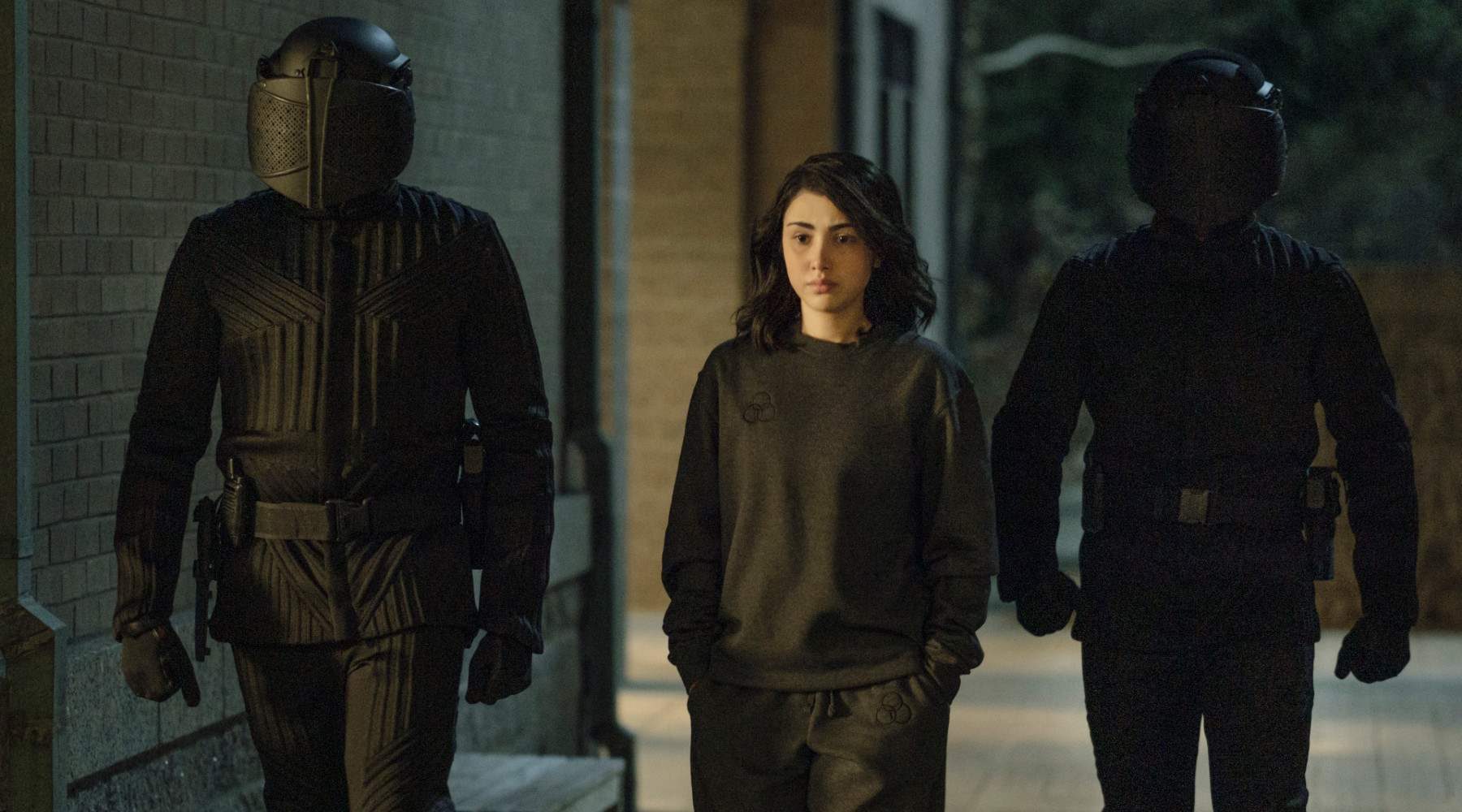 The teen-centric Walking Dead spin-off returns with its second and final season.

If you're a fan of The Walking Dead franchise, you've probably been eagerly awaiting the return of World Beyond. A spin-off set in the same world, the show focuses on a group of teens as they make their way through the wasteland, fighting zombies and struggling to figure out who's friend and who's foe.

World Beyond premiered in late 2020 and was always supposed to be a limited series that would run for only 20 episodes. With the first 10 now in the rear-view mirror, the show returns for its second and final instalment to expand this fascinating universe even further.

Do you remember how season 1 ended? We have a quick refresher.

When does The Walking Dead: World Beyond return?

The second season of The Walking Dead spin-off premiered on Monday 4 October on Amazon Prime Video. Episodes are dropping on a weekly basis. Season 1 is also available on the platform.

What's The Walking Dead: World Beyond about?

If you watched the show, you already know that the action kicks off 10 years after the start of the zombie apocalypse, so it's in line with the original The Walking Dead.

We start off at the Campus Colony in Nebraska, a thriving survivors' community. The teens here have grown up behind walls leading a somewhat normal life. In other words, they are sheltered from the horrors of the outside, zombie-ridden world.

The plot revolves around 2 sisters, Iris and Hope, whose scientist father is off to another compound working for the mysterious Civic Republic Military (CRM). The Campus Colony receives a visit from the CRM and lieutenant colonel Kublek, who reassures the girls of their father's safety. However, the sisters receive disturbing messages from him and decide to escape to the world outside the walls (or world beyond, if you wish) and find him.

Iris and Hope leave with 2 other teens in tow, taciturn Silas and clever Elton. Not long after, security officers Felix and Huck venture out to find them. Then, Kublek and the CRM lay waste to the Campus Colony. Turns out, the kids left just in time.

What follows is a trip across zombie-land. The soldiers eventually catch up with the teens, who have zero experience fighting zombies. Together they head to somewhere in New York, where Iris and Hope's father is. Along the way they have revelations, expose their tragic backstories, overcome obstacles and befriend another kid called Percy, who grew up in the wild.

They somehow don't die, despite the 4 teens' glaring lack of survival skills.

How did The Walking Dead: World Beyond season 1 end?

Fast-forward to the end of the season. Huck turns out to be a double agent working for the CRM, as well Kublek's daughter. She informs the group that she wants to take Hope and only Hope to the compound where her dad is so that she can help with his research.

So the 2 sisters, who have been together forever, are suddenly broken up. While we don't find out a lot about the CRM, we get glimpses at their main base, which is quite impressive. We also learn that their scientists are working on developing some sort of zombie cure.

Iris stays behind with Felix and the pair stumble upon Felix's boyfriend Will, who is accompanied by a mysterious group of people. Meanwhile, Silas surrenders himself to the CRM to allow Elton and Percy to escape capture.

To sum up, Hope is heading inside the CRM, as is Silas (though we're guessing in a prisoner capacity). Iris and Felix are outside with Will's group, while Elton and Percy are outside on their own.

What can we expect from The Walking Dead: World Beyond season 2?

Since the creators of the show knew they were only getting 20 episodes, we expect for season 2 to up the stakes and wrap up the story in entertaining fashion. Maybe they will also provide additional answers about the CRM? With Hope now infiltrating the compound, the odds look to be in our favour.

This season will see the return of Anne/Jadis, played by Pollyanna McIntosh. We last saw her in The Walking Dead whisking away a half-dead Rick Grimes in a helicopter. Based on the trailer for World Beyond season 2, it appears that she's a die-hard believer in the CRM. We're hoping to find out more about what she's been up to. Get some scoop on Rick too?

Whatever happens, World Beyond seems to be laying a solid foundation for the future of the Walking Dead franchise. If you're a fan, you should definitely check out these upcoming episodes.

How to watch The Walking Dead: World Beyond season 2

As mentioned the second season of The Walking Dead spin-off premiered on Monday 4 October on Amazon Prime Video. Episodes are coming out on a weekly basis. Season 1 is also available on the platform now.

Prime Video is free with an Amazon Prime subscription, priced at $6.99 a month. New users get a free 30-day trial, so you can watch a whole bunch of stuff without making a dent in your credit card. Recent highlights include Cinderella and The Tomorrow War.