The uni grads who earn the highest salaries 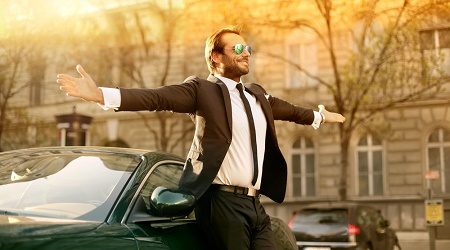 Men in management earned the best salaries in 2015.

The highest-paid university graduates, now working full-time, are employed in the fields engineering and related technologies and management and commerce, according to new research released this week.

According to the Beyond Graduation Survey (BGS) 2015 by Graduate Careers Australia, full-time graduates earned a median salary of $70,000 in 2015, while full-time employed postgraduates pulled in $90,000 per year.

This represents a salary increase of 30.8% (grads) and 20% (postgrads) in the three years since completing their courses, when median salaries were $53,500 and $75,000 respectively.

Graduate workers who studied engineering and related technologies enjoyed the highest returns for their labour, while creative arts students consistently earned the lowest.

However, the report suggests some of these gaps can be explained by the fact that male graduates tend to be over-represented in high-paying degrees, such as medicine, dentistry and maths.

Female engineering grads earned 5% more each year in 2015 than their male counterparts.

Postgraduate employees who studied management and commerce were the highest paid in 2015, followed by those from the field of engineering and related technologies.

Again, those who studied creative arts as a postgraduate student took home the lowest median salaries, however, these individuals have seen significant (+25%) salary growth since 2012.

Overall, the highest median salary earned by postgrads of either sex in 2015 were males from the management field, earning $124,000 per year.

The most significant pay gaps among postgrads in 2015 was in management (19.4% more for men).

According to a recent report from the Grattan Institute, the average male with a bachelor degree will earn an additional $1.4 million over his lifetime, compared to someone of the same age who doesn't complete university. Women bank slightly less, earning $1 million extra.

Despite persistent evidence, the overwhelming majority of Aussie men feel gender inequality doesn't exist in their line of work.

Get exclusive student offers and guides