The rise of regtech – the ‘little sister’ of fintech 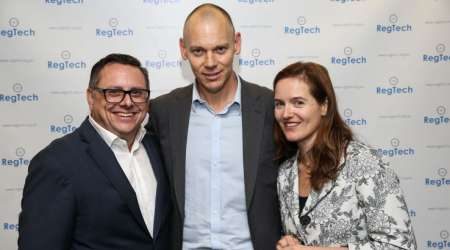 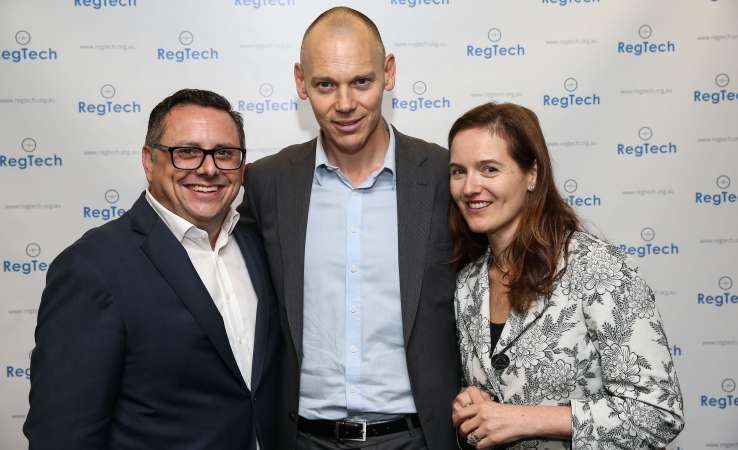 The RegTech Association, which aims to shine a light on regulation technology, officially launched last night with an industry-first event in Sydney for key industry influencers including stakeholders from major banks, start-ups and industry regulators.

The Association will promote good corporate practice in compliance management and create a network of changemakers who engage with industry stakeholders, advance the use of technology and enhance regulatory compliance outcomes.

finder.com.au attended the event and spoke exclusively with Matt Symons, co-founder of Red Marker and RegTech Association director about the role of the new Association.

“What we’re really looking to do is facilitate collaboration between a group of Australian financial services stakeholders who we think can use these new technologies, and this growing crop of innovators who are building regtech businesses. And we hope that by bringing them together we can create a bit of an ecosystem in Australia around regtech,” Symons said.

Symons said the Association plans to work very closely with the fintech association, Fintech Australia, to develop this ecosystem.

“We think of ourselves as a sort of little sister of the fintech association. We see them as very complimentary. We’re aiming to take a subset of the fintech space which is around regulatory technology and risk management technologies and really promote the specific adoption of those. There are a lot of opportunities for us to collaborate and work together and we plan to do that,” Symons said.

finder.com.au also spoke with Karen Malzard, head of risk ANZ Wealth, about the bank's plans to work with regtech startups.

“We are doing some work now with Red Marker, working with Matt Symons on a product called Artemis. Artemis reads natural language, so what we’re having a look at is how we can use it to ensure that our websites and the content that we put on our websites is compliant. It reads natural language and then it compares it to a set of rules and regulations that govern disclosure,” Malzard said.

Malzard believes the key benefit the bank will get from the new RegTech Association is the facilitation of collaboration with regtech startups and innovators.

“Often we, as a big organisation, don’t get to meet the right people, and often it’s about connecting the right people at the right time with the right problems and the right solution. So, I think that’s where the Regtech Association can really help us out,” Malzard said.

“This (Artemis) is not something that we would be able to do if we were just trying to build this in-house. So that's a real advantage that working with one of the regtechs gives us, as well as that kind of nimbleness that we struggle with.”

It’s not just the big banks looking for a piece of the regtech pie either. finder.com.au spoke with Danny Gilligan, MD of Reinventure Group which is known for investing in fintech innovators, about the Group’s appetite for investing in regtech startups.

“I spent a year trying to invest in Red Marker. It’s a space that we’ve followed. We’ve made an investment in a startup called Data Republic and helped launch the Databank platform which is on the fringes of regtech dealing around privacy and information with customers, and facilitating data exchanges in a regulatory and compliant way,” Gilligan said.

“More directly, we’re seeing AI (artificial intelligence) and the emergence of AI as a catalyst for big changes in processing of information. The liquidity and mobility of data and the enhancement of computing and intelligence tools, we see as huge catalysts for regtech. It’s an area that we’ll remain very interested in.”

Although the UK and the US have a more developed regtech industry, it’s early globally. There was a strong consensus at the event that Australia has the potential to be a leader in the global regtech industry.

“Australia has a real opportunity to punch above its weight. We have a sophisticated financial services market here and we’ve got well regarded and internationally harmonised regulatory frameworks, so there’s a great opportunity for Australia to become a leader in this space,” Gilligan said.

Can't get enough fintech? Check out the latest fintech news in our guide.