The good, the bad and the ugly sides of owning acreage

If you’re thinking of making a tree change and buying a big property in the country, consider the pros and cons of acreage living before you make the move.

If you’re tired of the fast pace and stress of life in a big city or town, the idea of packing up and moving to somewhere with plenty of wide open spaces is very appealing. Thousands of Aussies make a tree change each year, leaving city living behind for life on an acreage.

But before you pack up your old life and head for the hills, consider all the pros and cons of owning acreage to decide whether life on a property is right for you.

What is an acreage?

It can be hard to get a concept of just how big some country properties are until you see them in person. To put things in perspective, 1 acre is equal to 4,047 square metres (or 43,650 square feet or 0.4047 hectares if you prefer other measurements).

So even a five-acre property is more than 20,000 square metres in size. Compare that to the average block size in Australia of around 200–350 square metres, and you begin to get an idea of how big an acreage actually is.

As a result, you will usually find properties of this size in rural areas of Australia, or on the very outskirts of major cities. 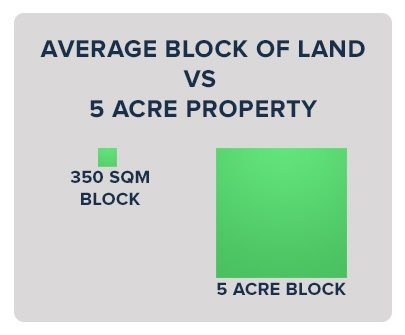 After entering your details a mortgage broker from Aussie will call you. They will discuss your situation and help you find a suitable loan.

Top tips on buying an acreage

If you’re considering buying an acreage, keep these top tips in mind:

There are many reasons why people are tempted to give up life in a big city or town and move to a large country property, including:

However, there are some downsides to buying an acreage, so make sure you’re aware of them before you sign anything.

Up until three years ago, 31-year-old Jess Simpson had lived in and around Sydney her entire life. She grew up in Camden on the city’s south-western outskirts before spending time living in Balmain, Mosman, Lane Cove and Longueville.

Along with her husband Andrew, Jess had no plans of leaving the NSW capital. “We had spent almost a year with an architect designing our dream place. We were going to knock down and rebuild our home in Longueville and stay there forever,” she explains.

But just one week into the internal demolition, Andrew saw their new place in Cobbitty, about five minutes from where Jess grew up in Camden. “I didn’t know that Andrew had even been looking online at properties. We fell in love with the Cobbitty home, negotiated a long settlement and spent the next year renovating our Longueville house and finally selling it before making our tree change,” Simpson says. 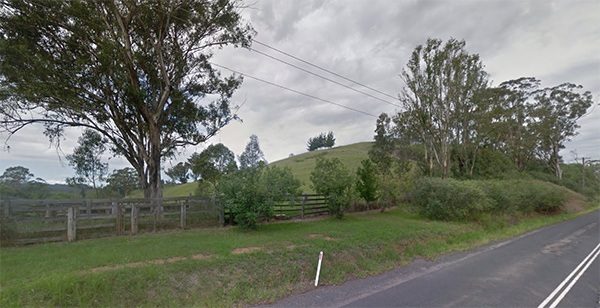 It’s now been three years since Jess and Andrew swapped their Sydney Harbour views for the 20-acre property, and they don’t regret a thing. “Camden is a beautiful area with great community spirit, a historic country town that is still not too far from the city. It is a lovely area to raise a family and there is everything you need here,” Simpson explains.

“We have 20 beautiful acres of space, whereas where we lived in Mosman while renovating it was a townhouse with no grass. It has been a big change – lots of mowing for Andrew!

“I also love that we know more people here. It is a more friendly place than the city can sometimes be. I found in the city people tend to keep more to themselves and who they already know.”

Of course, that doesn’t mean there aren’t downsides to their new lifestyle. “The biggest thing we miss is the convenience and proximity to events in the city,” Simpson says. “We had beautiful views of the Harbour Bridge from our old house; now we have beautiful bushland views.”

However, the main downsides to living on 20 acres are the maintenance and mowing. “Once summer hits the grass just goes wild. We also have to deal with heaps of wildlife,” Simpson says. “Some are nice like kangaroos, deer and kookaburras, others not so nice like snakes.

“My husband has his own IT & AV business, and misses the lightning-fast Internet of the city. Luckily, though, his office is in the next suburb which has NBN.”

All things considered, the big move has been a huge success for Jess and Andrew. They are lucky in that they are both self-employed and can work from home, and Jess admits that this flexibility allowed them to have an easy tree change.

“If you still had to commute a fair distance to work that would be a big consideration, I would suggest. You don’t want to spend your life travelling to and from work,” she says.

Sometimes tree changes don’t quite go according to plan, as Victoria Judge, founder and owner of digital marketing business Expert Agency, found out when she purchased a 45-acre farm at Bellingen, NSW in November 2014. 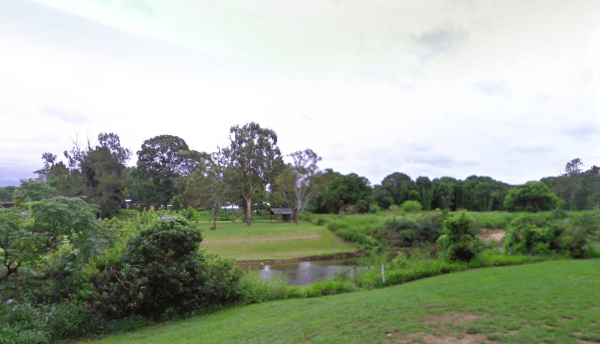 “It was love at first visit,” says 41-year-old Judge, who left her life on the Central Coast of NSW to make the move north. “I made the classic mistake of buying completely on emotion. I had never been to the area before viewing and purchasing the property.”

Buying a farm had been a lifetime dream for Judge, so what went wrong? “Perhaps a simple case of caveat emptor, with a bit of bad luck on top,” Judge says.

The challenges she faced were many and they started presenting themselves immediately. Some issues were practical in nature:

Other challenges were environmental:

However, the worst challenges were caused by other people. “A neighbouring farmer wanted to use my land and became gradually more aggressive in his attempts to take over, culminating in him sneaking onto the property one night to take down my fences and drill holes in my only water supply. I had to make a police report and hire a solicitor to resolve the situation,” Judge says.

Sadly, Judge’s dream of life on a farm turned pear-shaped pretty quickly and she had sold up and moved back to the NSW Central Coast by June 2016. “I was extremely lucky to sell within three months. The property had been on the market 18 months when I purchased and another house on the same road is still for sale after more than five years. It's been four months since I moved and I am still getting over the stress,” she says.

“I don't regret giving it a red-hot go, but I very much regret not doing sufficient due diligence. I would never have believed that somewhere so close to a major urban centre (Coffs Harbour) would be so lacking in basic infrastructure, or that somewhere so beautiful would hide so many unpleasant surprises. The whole exercise was very expensive.”

Judge’s story shows just how important it is to understand exactly what you’re getting yourself into before uprooting your whole life in search of your own tree change.

Having said that, if you research a property thoroughly beforehand and if you’re prepared to handle everything that comes with rural living – both good and bad – moving to an acreage could be perfect for you and your family. Just make sure you’re aware of all the pros and cons before you buy.
Image: Shutterstock

Buying a duplex vs buying a house What is a Section 32 statement and what should you be aware of?