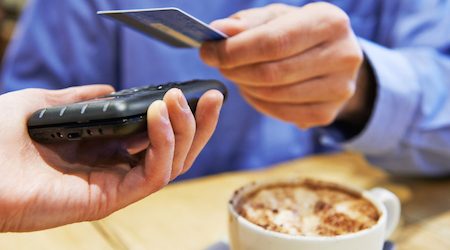 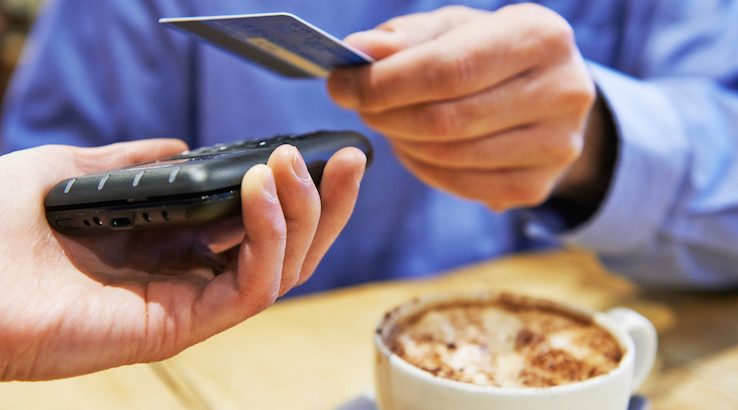 1 in 10 Australians will avoid a store if it doesn't accept tap and go technology, according to new research from Mastercard.

It’s no secret that Australians love digital payment technology. Last year, we announced that Australia was the worldwide leader in tap and go technology use and the results from the Mastercard Digital Purchasing Survey prove that we're showing no signs of slowing down.

The survey of contactless card payments and digital purchases, which was of 1,000 Australians, found more than four in five (82%) Australian consumers tap and go to make payments every week.

"That is a strong message we need to get out to the retail community," says Garry Duursma, head of market development and payment innovation for Mastercard in Australia and New Zealand. "If they don't have card facilities and tap and go technology, they are losing business."

Unsurprisingly, the popularity of contactless payment technology is largely due to its convenience. According to the survey, 80% of Australians say they prefer contactless payments because it’s easy to use and saves time at the checkout.

Australians have apparently also become more carefree about contactless payment technology. While we were once worried about the prospect of thieves using our cards to tap and go to their heart’s content, or walking past a terminal and accidentally approving a payment with your card, most Aussies feel safe making contactless payments. The recent research found that 64% of Australians are "not very" concerned about security when using contactless, up from 46% in 2014.

While using your card to make contactless payments is widespread in Australia, the potential for mobile digital payments remains largely untapped. Despite the introduction of Apple Pay, Samsung Pay and Android Pay in the last 18 months, only 26% of Australian consumers are aware that their mobile phone comes with contactless payment functionality. Out of the Aussies who did know their phone came with a digital wallet, only 28% made use of mobile contactless payments each week.

It’s difficult to pinpoint exactly why this is. It could be because of lack of awareness or accessibility, but Duursma also attributes these results to the lack of a value add proposition for users. While Australians are very happy to use their card to make contactless payments, the process of linking their card to their smartphone and using their phone for payments doesn't offer much additional value according to Duursma. Instead, Duursma anticipates that banks and digital wallet providers will need to invest in a more intelligent purchase experience for the user before smartphone payments truly take off.

Of course, we've seen some banks offer extra incentives, such as cashback and bonus reward points, to encourage users to use their digital wallets. However, Mastercard's survey results suggest that this hasn't caught on with the same gusto as contactless card payments have.

While the survey didn't focus on Apple Pay by any means, the slow start of smartphone payments could also be a result of the battles for NFC access between the banks and Apple Pay. As we know, ANZ is currently the only bank out of the Big Four that has partnered with Apple Pay. However, last month Apple Pay's global head Jennifer Bailey said that she believes that customers will be willing to move banks to access Apple Pay.

While Mastercard's survey results show that some cardholders are willing to avoid certain stores that don't offer card-based tap and go functionality, Duursma is unsure whether or not cardholders would show the same fervency in regards to digital wallets and swapping banks.

"From what I can see, consumers are still asking questions as to what truly is the value they're getting from the digital payment on my smartphone above what they already know and love which is the contactless payment," says Duursma.

Regardless of whether you're tapping with your card or your phone, it seems that the days of inserting your card and entering your PIN for everyday purchases are long behind us. For more ways to shop with convenience, see our guide on four ways you didn't know you could tap and go.