Harriet Dyer steals the show in Stan’s The Other Guy 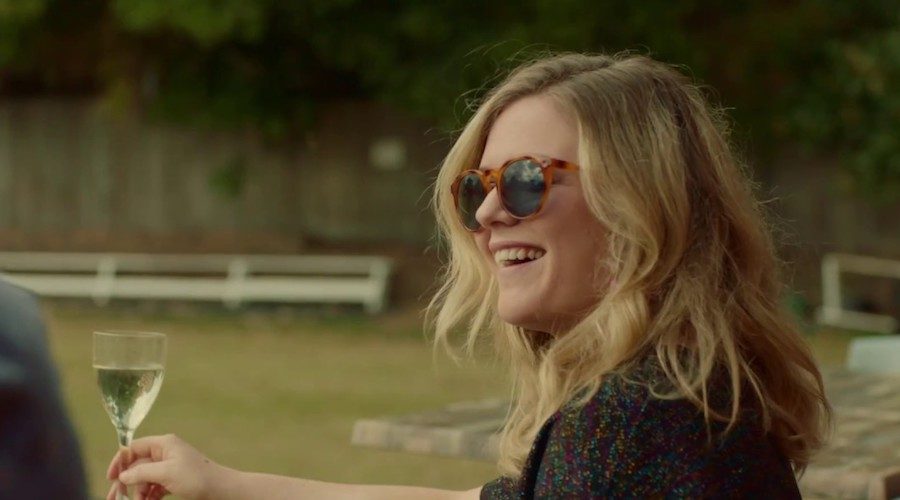 Stan's latest original TV series is off to a promising start.

At Stan's 2017 Showcase event, we were treated to a few neat surprises, including the announcement of a Romper Stomper TV series and Stan's first international "Original" Philip K. Dick's Electric Dreams. However, what we all really went for was the premiere screening of Stan's upcoming comedy The Other Guy.

Stan already proved it could throw together a good comedy series with the impressively improvised No Activity, but The Other Guy is the first traditionally structured drama-comedy series for the streaming service.

If you ever had any concern that The Other Guy would be just another formulaic, family-friendly rom-com that Aussie screens are already plastered with, you'll be happy to know that it's anything but, thanks in a huge part to Matt Okine, Becky Lucas and Greg Waters' shared writing duties and Harriet Dyer's solid comedy chops.

The Other Guy kicks off in one of the most heartbreaking situations imaginable: Matt Okine's down and out bachelor, AJ Amon, is daisy-chaining sleazy hookups and late night benders after discovering his girlfriend of 10 years, played by Valene Kane (Lyra Erso in Rogue One), cheated on him with his best friend and roommate.

This situation is never really played up or dramatised for tears (at least in the first two episodes). In fact, it almost floats by at the start. Okine's character is obviously devastated but he's not angry or emotional, he's really just a bit of a husk.

Okine does a fine performance as AJ, and while he does manage to muster a few smiles, the nature of his melancholic leading role means he often takes a backseat to shelling out the laughs. That job is primarily handled by three characters in The Other Guy: AJ's dentist dad, Daddy Mack (Michael-Anthony Taylor), Christiaan Van Vuuren's straight-talking dealer Dezzy, and Harriet Dyer's (No Activity) scene-stealing turn as AJ's uninvited roommate, Stevie.

Christiaan Van Vuuren's Dezzy is a nice guy dealer. The kind of guy who spins indecipherable yarns riddled with Australian slang and swearing. While he only gets limited screen time, he absolutely kills it with the little he has. Van Vuuren's performances often revolve around a staggeringly accurate satire of everyday Australians and this is no different.

However, it was Harriet Dyer who really blew the audience away. She honestly steals the laughs in every scene she's present in, which is a lot. Harriet Dyer is only second to Okine in terms of screen time and The Other Guy is better for it.

Whether she's evoking the very worst hangover you could imagine, lamenting her on-and-off relationship with Dezzy, or being brutally honest about her own personality and a non-existent thyroid problem, the whole audience absolutely cacked themselves whenever she opened her mouth.

We're looking forward to seeing from The Other Guy and Dyer's side-splitting on-screen banter when the show officially premieres 17 August.

In the meantime, why not check out what else Stan is slinging.