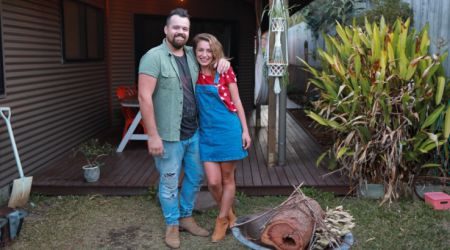 And why MKR winners Alex and Emily have signed up.

What do you do when you win $250,000 and it’s still not enough to buy a home? This was the situation My Kitchen Rules winners Alex and Emily found themselves in when they won the 2018 season of the show. After moving from Sydney to the Gold Coast to get access to a more affordable property market, they signed up to MKR with the hopes of winning money for a home deposit as well as starting a venue of their own.

"We’re both in hospitality, you know, we don’t earn millions," said Alex. "MKR was the dream to get a deposit for a house and also for a venue, which we succeeded with and which was really great."

However, Emily said that while $250,000 is a large amount of money, you can't buy a house with that amount.

"I mean, it’s a generous deposit."

Buying into property, one brick at a time

I'm chatting with Alex and Emily in a spacious two-bedroom home in the leafy Sydney suburb of Annandale. The home also happens to be one of the few properties in the area suitable to first-home buyers in their situation. This is because it's one of the properties on BrickX's platform. Like all BrickX properties, it can be bought into one brick at a time through an innovative investment option called fractional investing.

BrickX essentially allows people to invest in property without saving up thousands for a deposit, at the same time letting them benefit from their chosen property investment's returns.

Alex and Emily are currently BrickX investors and are using the platform to further build their deposit.

"We found it really interesting hearing about BrickX," said Emily. "For us, we really want to open our own venue [...] as well as buy a home. To achieve both of those things…"

"… we needed something else," finished Alex.

They fit right in with the majority of BrickX investors.

"Over 50% of our customers are under the age of 35 and three quarters have never owned property before," said Anthony Millet, CEO of BrickX, who joined us in Annandale.

"A lot of them have really embraced the concept of being able to use BrickX as a way to save their housing deposit and keep pace with the market."

However, while Millet says BrickX's research has shown that the great Australian property dream is still alive, "there are a lot of frustrations out there."

So, eight months ago, Millet and the BrickX team started working out how they could further help first-home buyers save for a deposit.

A move towards automated saving

BrickX has always worked by investors choosing which properties they want to invest in (referred to as "buying bricks"), decide how many bricks they want to buy and when they want to sell them. Now, BrickX's Smart Invest option will allow users to set a monthly deposit amount that will be invested into their BrickX account, with the properties chosen by a team of property analysts and specialists.

"Smart Invest is an automated way for you to be able to save into a curated portfolio of properties on BrickX that are selected by our expert property team," said Millet.

"The mandate of the property team is to be identifying, within these bucket of properties, the ones they believe to be going to continue to outperform the Australian housing market." 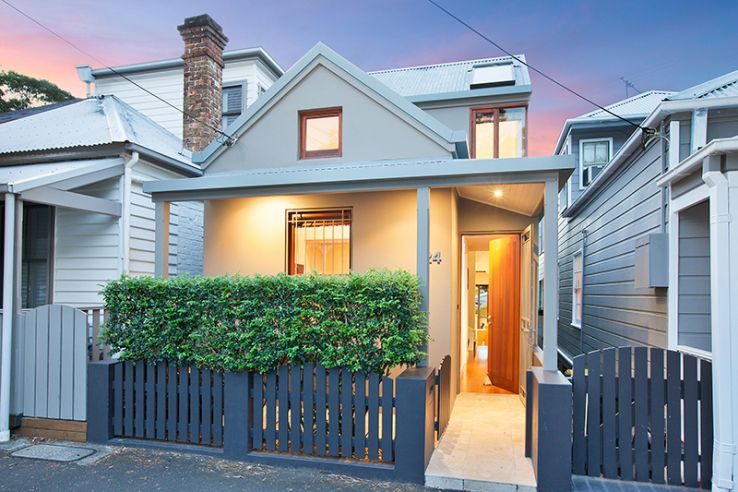 The new Smart Invest option will sit alongside its current DIY option, now named "Build My Own".

Alex and Emily think the "daunting" nature of the Sydney property market is something that makes Smart Invest worth using.

"What we found great about BrickX is that it was definitely an avenue for us," said Alex. We don’t know much about the property game, it’s a bit scary and a bit daunting, it’s not something I thought about seriously until the last couple of years when Emily and I decided we wanted to get married and start a family."

"It’s exciting, we know that we're in good hands, especially with Smart Invest. We’ll give it to someone else to make the decisions for us."

The new offering comes off the back of research conducted by BrickX into Australians' attitudes towards property.

Of those surveyed, 40% said winning the lotto in the next ten years is more likely than them owning a home. One-third of respondents said they would give up their dream job to own a home sooner and 44% said they would work in a job they didn't love to be able to afford a home.

However, despite the dire statistics Millet says that what came out of the survey is that "the Australian dream is very much still alive."

"Culturally it’s still very important for people to own their own home. People don’t want to be lifelong renters."

The doom and gloom hovering over the property conversation in Australia have led to our biggest challenge getting into the property market, according to Millet, which lies in our attitudes.

When asked what feeling best describes their feeling of entering the property market, 27% said "nervous/anxious" and 26% said "stressed".

The decision to launch the new offering was a desire to help these determined yet frustrated first-home buyers, said Millet.

"Where can we have the most impact? [...] The thing that gave us the high conviction around it was that, regardless of what the property market is doing day in and day out, we’re serving a group of people that have a connected dream that we can continue to help."