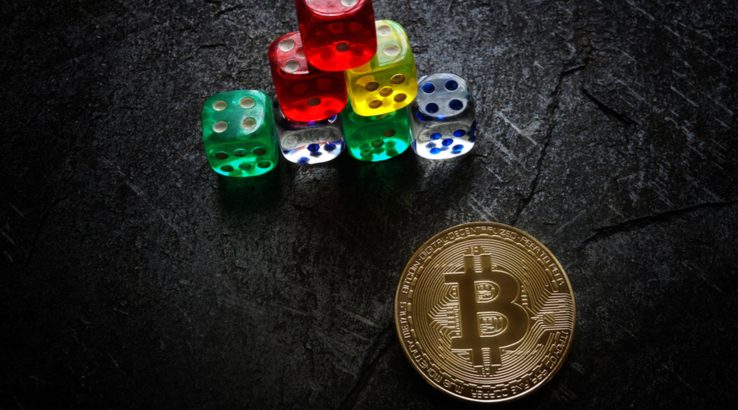 Bitcoin's self-described creator holds the same opinion as some of Bitcoin's biggest detractors.

"Bitcoin does not democratise finance," says Craig Wright, the Australian computer scientist who claims to have invented Bitcoin. "That is the liar and conman view of it."

If you want to buy Bitcoin, you might also be willing to buy the Brooklyn Bridge from a man on the street, he says.

Bitcoin and cryptocurrency exchanges are just an old confidence trick, he continues. Everything Bitcoin talks about – money for the masses, censorship resistance and digital gold – is just something people say to squeeze money out of suckers on the street, he claims.

He says the perpetrators care about profit, not financial inclusion, and that all the claims of censorship resistance made by Bitcoin are lies because no one's above the law.

No one knows for sure who invented Bitcoin, except that the pseudonymous mastermind went by the name Satoshi Nakamoto.

A few people have claimed to be Satoshi Nakamoto over the years, but Wright is one of the most consistently outspoken, which has made him a controversial figure in the cryptocurrency world.

While his detractors claim that Wright is lying about being Satoshi Nakamoto and is simply in search of money and attention, the man himself says the real reason so many people in the Bitcoin industry are hostile towards him is because they're just desperate to hang on to their lifestyle of ill-gotten gains.

The people denying that he invented Bitcoin and trying to paint him as an attention-seeker or a liar are only interested in money, Wright says, and they know the noose is closing on cryptocurrency scams.

"They want to paint me this way because they don't want law," Wright declares. "This is the big fight at the end, trying to grasp and hold, and hold onto their conman status. They want to keep going with this."

The Bitcoin biz has morphed into a grotesque Ponzi scam engine that extracts money from the uninformed by dangling false hope in front of them, Wright says. And business is booming.

"You can make millions. How do you do that? You get your average working people who think that they're going to have a way of getting out and taking their retirement, or paying off their house. [You find] people who've worked hard; blue collar workers, factory workers, whatever else, who don't really understand finance and you steal their money. And you do that across millions of people. And you make a lot of money. That's what all this is about. This is what the original thing like a Ponzi was about, what the original Madoff type scams were about."

Incidentally, there's a fringe theory in Bitcoin which holds that Bernie Madoff is the real inventor of Bitcoin, and that he wasn't a scammer but was actually framed by Barack Obama and Joe Biden who were the real masterminds of the scheme.

Nothing of value gained

The way ICOs work are that people write up a business plan of sorts, and then sell cryptocurrency tokens to raise the funds to carry out the plan. The idea is that the tokens will serve a purpose and have a lot of value in the future if the business plan succeeds.

It's essentially cryptocurrency-flavoured crowdfunding, and there are examples of it going both ways.

On the other hand, some business leaders in the blockchain industry have defended ICOs as a valuable fundraising technique which lets people spend more effort on building a business rather than courting investors. Plus, ICOs have also given investors multi-thousand percent returns and the world some notable creations, such as Ethereum.

"These are token scams. You know how much has been developed out of any ICO? Nothing. Nothing ever," Wright declares. "There's not a single thing. You know what do you do to raise money? You create a business, you sell, you buy, you make. You don't create a token."

"Like that Token2049 (a crypto conference in Hong Kong)," Wright recalled. "I got annoyed because there was a guy before me. And he's standing up there going 'I raised this ICO and I made $50 million. And I wouldn't be able to do that in the normal world. The idea didn't work. But hey, it's okay because now I can try something else when I get a new idea.' And he didn't give any money back."

"You know what that is? Theft. That is theft. It doesn't matter what system you're under, he is a thief."

Blockchain and cryptocurrency are often referred to as borderless technologies, but Wright says that just means they're scamming people all around the world and hopping to another country before they get caught.

How he plans to solve it

Wright, who left Australia in 2015 in the midst of a disagreement with the Australian Tax Office regarding his Bitcoin businesses at the time, plans to solve the current problems with Bitcoin by promoting a new cryptocurrency of his own creation. It's called Bitcoin Satoshi's Vision (BSV), and is a so-called "fork" of the Bitcoin Cash cryptocurrency, which is itself a fork of Bitcoin.

Currently Bitcoin (BTC), Bitcoin Cash (BCH) and Bitcoin Satoshi's Vision (BSV) all describe themselves as the real Bitcoin that is going to change the world, while claiming that the other two are just money-making scams.

After the fork that created it, BSV was performing well in the cryptocurrency markets and retaining a position in the top 10 cryptocurrencies by market cap. However, its fortunes have since turned.

Wright launches a new spate of legal battles in April 2019, by suing people who publicly said that he was not Satoshi Nakamoto. The cryptocurrency industry did not respond well to this, and many of the exchanges – which Wright alleges are now central to many of the fraudulent behaviours in the industry – removed BSV from their listings as a form of protest and retaliation against Wright. This hurt its standing in the market, and BSV quickly sunk down the charts.

The "Bitcoin is a scam" perspective may have been most widely held when Bitcoin topped the $20,000 mark in late 2017, but the quieter intervening year has made it less popular. Now, the balance of opinion among tech company executives has moved towards blockchain and cryptocurrency being a valuable and useful technology.

But it can still be a confusing area to navigate, and there are undeniably plenty of scams to be aware of.