The Joint Chiefs of Global Tax Enforcement (J5) organisation was created specifically to facilitate better information sharing between different agencies from countries around the world. It was created in response to the increasingly global nature of financial crime and is probably the closest thing the world has to an international anti-crypto crime team.

And just a year in, the team is already achieving measurable results the ATO says.

One of the most notable was the seizure of the Bestmixer.io domain. 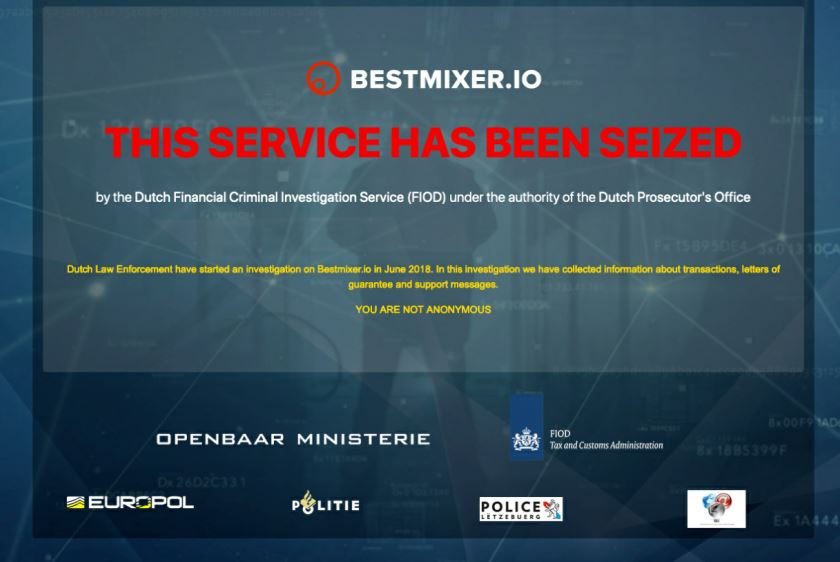 When it seized Bestmixer, Europol says it got IP addresses, transaction details, Bitcoin addresses and chat messages from the platform, which has been shared among J5 countries.

"I'm pleased with the progress the J5 has made on several significant joint investigations since its establishment last year," agrees ATO deputy commissioner Will Day. "The collective intelligence available through the J5 is instrumental in enabling us to tackle serious and organised financial crime threats located in both Australia and offshore."

More data has been shared last year through J5 than in the previous ten years combined,

"When we launched the J5 we were clear that we wanted to use our combined powers and expertise to close the net on offshore tax evaders, international organised crime groups and those who help them," said HMRC fraud investigation service director Simon York. "In just 12 months, that net has tightened with eighteen suspected enablers in our sights and a further 50 cases in the pipeline."

Although no names have been named, those snared by J5 to date reportedly include a global financial institution. And of the more than 60 investigations currently ongoing, Australia is directly involved in 12.

"Our message remains clear – no matter how safe you think you are, the J5 are closing in," York said.

"Together, we will continue to tighten the net on those who break tax laws and ensure they face the consequences of their actions," Bonin agreed.

The message may have resonated. Another well-known Bitcoin mixing service, Blender, voluntarily chose to shut itself down after the closure of Bestmixer. The results achieved by the J5 to date may be yet another signal of the ongoing tonal shift in the cryptocurrency world.

"It is not a good time to be a tax criminal on the run – your days are numbered," said Don Fort, chief of IRS-CI.

Incidentally, regarding the closure of Bestmixer, Interpol said on Twitter:

"The multi-million euro cryptocurrency laundering service Bestmixer.io, considered one of the three largest in the world, [was] taken down by FIOD with the support of McAfee and in close cooperation [with] Police Luxembourg and Europol."

Just a week before that, John McAfee's Twitter account said he had to "go dark", and rumours were swirling that McAfee had been arrested. The rumours were fuelled in part by McAfee's insistence that the IRS (a J5 member) was out to get him.

What a strange coincidence.

One can't help but wonder how many of the biggest names in the cryptocurrency space paid all their Bitcoin back taxes, how many are currently the subject of J5 investigation and how quickly and easily the J5 could pick its way through the tightly-knit Bitcoin community with just a few informants.