The industry secretly flourishing within fintech 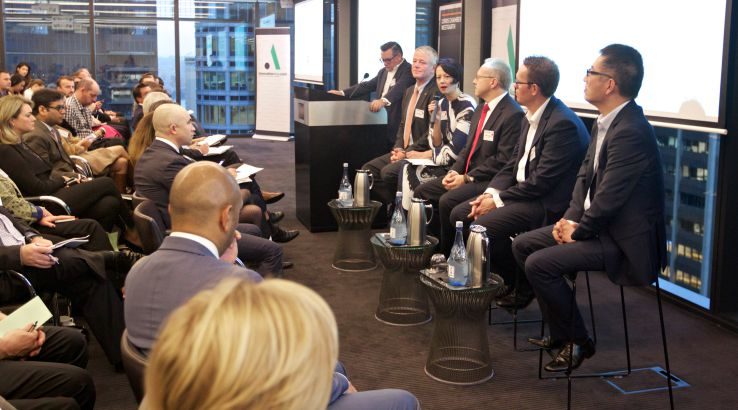 Regulating financial innovation is "in the public interest", and regtech startups are here to do just that.

Outside of the room, most people couldn't tell you what "regtech" was. But the energy felt at InnovationAus.com's Regtech Australia Forum was in a similar line to fintech events held one or two years ago. There was a sense of hopeful camaraderie and excitement at the prospect of being present at the early stages of something big.

Regtech – "regulatory technology" to put it simply – refers to the technological innovation in regulation and compliance, usually in banking and finance. While "fintech" is on the radars of most consumers and businesses, regtech has not reached that level of recognition.

A necessary industry looking to progress

"Banking is different… it has to act in the public interest," he said, speaking about tech innovation in the sector.

It's not only necessary to keep the technology compliant but also to keep costs low.

Chair of the RegTech Association Julian Fenwick said large financial institutions were putting employees through between 40 and 90 hours of mandatory compliance training every year. Banks in Australia are spending up to $300 million each year on compliance and every hour spent on training can cost millions.

Fenwick asked forum attendees to consider the question; "What if we were to spend 10% of what we were spending on penalties and remediation on innovation in regtech?"

The need for regtech is there but the ecosystem is still evolving. The way forward is still uncertain. Stollman believes this means people will go about it the wrong way.

"Most people will do it wrong because they will try to automate the nonsense of the past," he said.

Symons, who started regtech Red Marker when he was frustrated with the regulatory solutions available for his peer-to-peer lending fintech SocietyOne, believes that necessity is driving the regtech opportunity.

"We are in a race to build a regtech ecosystem…or we will become a consumer of overseas regtech," he said.

The little sibling of fintech

Regtech and fintech walk hand in hand. Many speaking at the forum referred to regtech as fintech's younger "brother or sister".

Although fintech may have given rise to the industry, it became apparent at the forum that while fintech is about moving products and innovation forward at speed, regtech is about going back to the beginning. This often means filling holes that fintech has left.

Group general counsel and chief compliance officer for Westpac Group Rebecca Lim said that the front line of regulation is changing and regtech needs to start looking at the process differently.

"What I see now is people developing solutions for one part of the value chain… but what if we could start [that process] much earlier and say, what is the problem we're actually trying to solve?"

Lim believes that turning to the regulator to ensure legislation "focuses in on the problem at hand" will help solve this, but Symons refers to it as a "people opportunity". His experience at SocietyOne led him to jokingly describe the current state of affairs for financial compliance teams as a "human rights issue".

"Let's not talk about regtech as another attempt to solve world hunger, to build one of these all-seeing, all-knowing platforms," said Symons. "Let's talk about specific problems that you as an industry are having and that these entrepreneurs can help you solve."

While there are myriad hurdles yet to overcome, the regtech startups seem ready to tackle them. And according to Stollman, "There's never been a better time to be a regtech entrepreneur."