The fintech revolution is growing but direction is uncertain 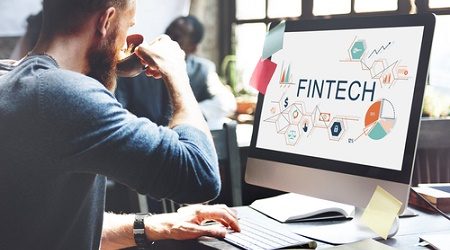 Financial institutions must take aggressive action to prepare for the future.

The advancement of technology has begun disrupting and changing the financial services industry; destabilizing and dismantling archaic practices, creating innovative solutions and steering investment in new directions. However, competition between traditional and non-traditional firms could turn this revolution into an evolution.

Capgemini and LinkedIn, in collaboration with financial networking organisation Efma, released the World FinTech Report 2017, generated through a survey of more than 8,000 customers and more than 100 interviews with senior corporate executives across 15 countries.

The report analyses how leading firms are successfully applying innovative technology to everyday processes and whether there is scope for a fundamental, disruptive shift in financial business models.

Findings reveal the rise of fintech has been aided by a "perfect storm" of heightened customer expectations, venture capital funding, less barriers to entry and a rapid shift in technological advances.

Globally, customers are embracing fintech providers, with half (50.2%) of all respondents already doing business with at least one non-traditional firm. In Australia, the proportion is a little lower (42.8%) but still above advanced economies such as Japan, Canada, France, Belgium and the Netherlands.

But both traditional and non-traditional firms struggle to meet customer expectations, particularly in terms of digital transactions, transparency, convenience and proactive updates.

Traditional firms still hold the competitive advantage, with most fintech companies only operating within a small piece of the value chain. This allows them to focus on doing one thing very well but many struggle to take the leap and gain access to affordable distribution and scale.

Despite these shortcomings fintech companies have made a significant impact on financial services, with two-thirds of executives suggesting fintechs are raising the bar for the entire industry.

Traditional firms have become more open to fintech partnerships, with more than half the firms surveyed (60%) seeking enterprise tie-ups and a similar proportion (59.2%) developing in-house capabilities.

Generation Y and other tech-savvy customers are widely regarded as key influencers in the future of financial technology and also present greater revenue potential.

The report concludes financial institutions must take aggressive action to prepare for the future.

As technology evolves, blockchain capabilities introduce a wealth of opportunities and challenges.

Despite the advent of digitisation, the global finance industry has been accused of limping into the technological age, still reliant upon decades old services and fee structures.

However, many Australians are ready to embrace the fintech revolution, encouraging companies to expand their efforts and enhance their innovative capabilities.

ASIC believes digital advice has the potential to be a convenient and low-cost option for those who may not otherwise seek assistance. These services will likely incorporate chatbots, similar to the trio of money-saving apps - Plum, Chip and Cleo - recently released in the United Kingdom.

Other areas of finance, such as superannuation, are also being influenced by fintech developments. Startup super fund Spaceship recently raised $1.6 million in capital to bolster investments in technology stocks, with hopes of diversifying retirement savings for millennials.

For a roundup of fintech news, check out our comprehensive guide to Australia's innovation landscape.