The Evil Within 2 review: A necessary evil

Though Shinji Mikami has stepped out of the director’s chair, this sequel is still the greater of two evils.

The Evil Within shuffled onto our screens back in 2014 and we weren’t quite sure what to make of it. On the one hand, Mikami reanimated the measured kind of survival horror we hadn’t seen since his Resident Evil series went off the rails and mutated into the explosive series we got with Resi 5 and 6. On the other, its bonkers storyline, wildly annoying characters, and over the top boss fights still failed to attract the hordes of flesh-eating horror fans.

Now in 2017, the Resident Evil series is back and stronger than it has been in a long time (elevated by PSVR compatibility), indies like Outlast 2 strip combat altogether, and Friday the 13th (the hot mess that it is) has players glued to the screen with one of the most addictive multiplayer survival-horrors since Valve’s Left 4 Dead. So is there space for Mikami’s old-school brand of mutilated madness now that we have a much stronger presence of nail-bitingly terrifying video game experiences? Yes. The Evil Within 2 is a massive improvement on its predecessor and a standout horror experience for 2017. But its fierce competition means it doesn’t go unscathed.

The Evil Within 2 begins three years after the events of the Beacon Hospital incident from the first game – though the events of that game are a convoluted mess and you’re best to just ignore them. All you need to know about this game is that there’s a Matrix-style dystopia where zombies, photographers and cult leaders run rampant and your daughter (thought dead) is trapped there. Cue Sebastian Castellanos’ signature astonishment, “what the hell?”.

Seb enters the lonely (virtual) town of Union without so much as the shirt on his back and the closest thing he has to a friend, Julia Kidman, who’s phoning in from the outside to provide instructions and emotional support. When you wake in Union, you find your first pistol hidden under a book – the last place anyone would look – and head out into the woods to start your rollicking adventure. 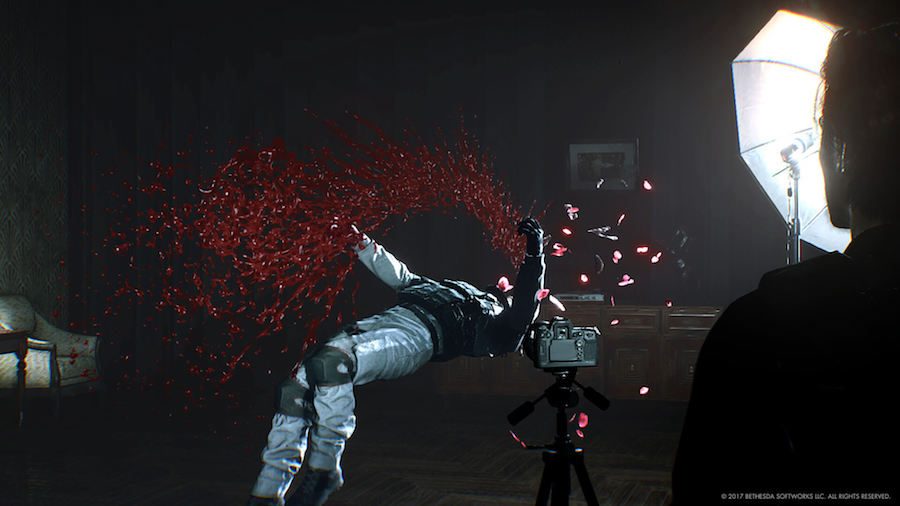 When I was first let loose in the world of Union, I’ll be honest, I was a little rusty. The first game fed me through fairly linear levels. So long as I had eyes in front of me, I could take advantage of the game’s cover system to push through with relative ease. However, Union’s open-world had me constantly looking over my shoulder. Enemies can appear from almost anywhere; under cars, out of the shrubs, or from the rooftops. These festering freaks are around every corner, and without deadeye aim, you’ll end up with the world’s messiest hickey in no time. As you progress through the story, the population of Union only mutates further, spawning more difficult enemies like the spider-like Jorōgumo creature we escaped from in our first hands-on. I always found The Evil Within 2 at its most nail-bitingly difficult when I was in Union. When The Evil Within 2 starts to funnel you through more linear levels in the game’s second half, the enemies and environments become a little more predictable and ammo becomes more abundant, which does wonders for your sanity.

The Evil Within 2's shooting is tight and satisfying but Sebastian's rigid running (you have to tap the bumper for a quick 180-degree turn) makes the outside world unnecessarily difficult to navigate. The cover system, when it works, will save your skin but it rarely sticks quite the way you want it to and requires you to hold the cover button (rather than "snapping" to cover) and feels like more trouble than its worth most the time.

While Union transforms on the outside, the more confined sections are where the world of The Evil Within 2 comes alive. In these cutscene-heavy sections, Tango Gameworks gets incredibly creative with its environments. The evil photographer Stefano decorates Union’s theatre with bodies frozen in time, each blooming a bouquet of blood. It’s disturbing and weirdly kind of beautiful. The rest of the theatre location is dripping with red. Long flowing velveteen curtains line the black and white checkered linoleum floors. For those familiar, this is very much inspired by Twin Peaks’ Black Lodge. That’s just one of many influences that Tango Gameworks unabashedly nods to. Sometimes it can be a bit on the nose, specifically when the game is adopting themes from works far more complex than Sebastian “what the hell” Castellanos would ever feel comfortable in.

Thankfully, these nods are mostly used to spruce up Union’s locales. Cult leader Theodore Wallace shrouds himself with religious imagery; crosses, catacombs and candlelit hallways make this section one of the darkest and most claustrophobic the game has to offer, a more traditional throwback to typical horror settings. Whereas the final third of the game leans heavily on bone-white textures (as emphasised in the game’s fantastic cinematic trailer from Plastic Wax). These plastered textures are the result of some very spoilery plot points, but they make for some incredibly unique environments. 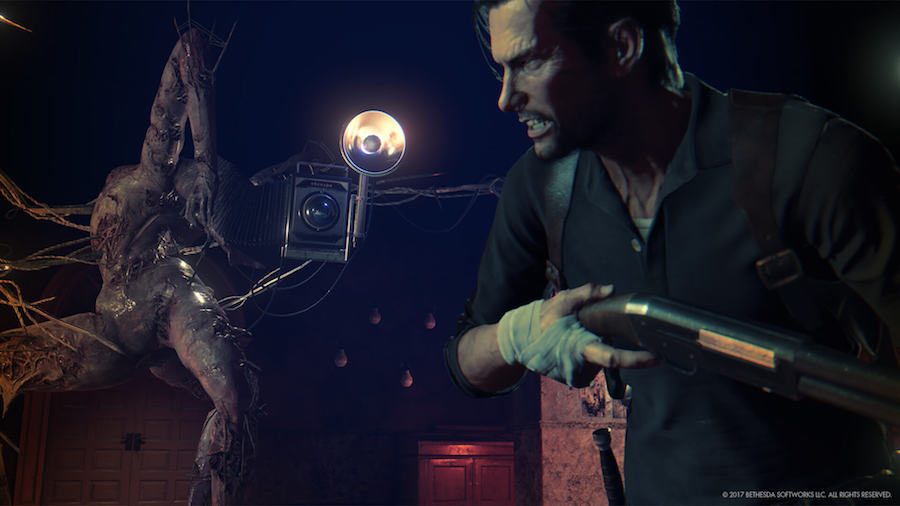 The Evil Within 2’s inspired (if a little derivative) environments shake things up and tether you along to discover what’s coming around every corner. A part of me still wishes we had some kind of intelligible story to complement said environments, but I also just appreciate that The Evil Within 2 exists. I doubt Resident Evil will go back to third-person anytime soon after the success of its first-person debut (happy to be proven wrong). Silent Hill won’t be returning to form either with Konami at the wheel, and even if it does, it too will likely go first-person.

The Evil Within might not be the best substitute but it’s a serviceable one. If The Evil Within 3 can tone down the plot and forget about Mobius, I’ll happily play along. Because the messy plot lends itself to one glaring problem: The Evil Within 2 just isn’t scary. It nails many things we know and love about survival horror mechanics, limited resources, spongy zombie enemies, closed and confined spaces with lots of shocks and jumpscares. But it's ridiculous creatures (like the one with a camera for a face) and laughable storytelling do little to ruffle your feathers.

We reviewed The Evil Within 2 on PlayStation 4 with a copy provided by the publisher.

I take my hat off to Tango Gameworks for taking the series started by the unrivalled king of survival horror and greatly improving upon it and more generally for keeping a festering genre alive. The Evil Within 2 offers immensely satisfying and nail-biting combat and will surely satiate the fans of the genre. I'd like to see Tango take notes from Resident Evil and Outlast and tone down the next entry and give the narrative a tighter focus.

Knuckle Sandwich is a Down Undertale about finding your passion Xbox One X review: Game-limited pow-er!