The Division 2 Review: Divided we fall (in love again)

The Division 2 everything we loved about the original and elevates it into becoming the shared-world shooter to beat in 2019.

Much like starting again with an old ex, I was pretty divided about coming back to Ubisoft's shared-world third-person shooter. Our relationship sure started well back in 2016. The Division was a generous and attentive partner who lavished me with gifts (read: epic in-game loot) and offered memorable between-the-covers action (...gunplay). Even still, it was a fling with no long-term potential (end-game content: minimal). That and, well, there were bed bugs involved (online griefers ruined the meta via exploits). C'est la vie.

I left the relationship after only a few months when my eye was drawn by another. I'd heard from people who still dated The Division that things absolutely improved after I left, but I was committed elsewhere and hadn't the urge to pick up the pieces again. After three years apart and many hours of flirtatious hands-on previews, I found myself cautiously ready to reconnect once more. It was the best decision I could have made – I'm more or less married to The Division 2 now. 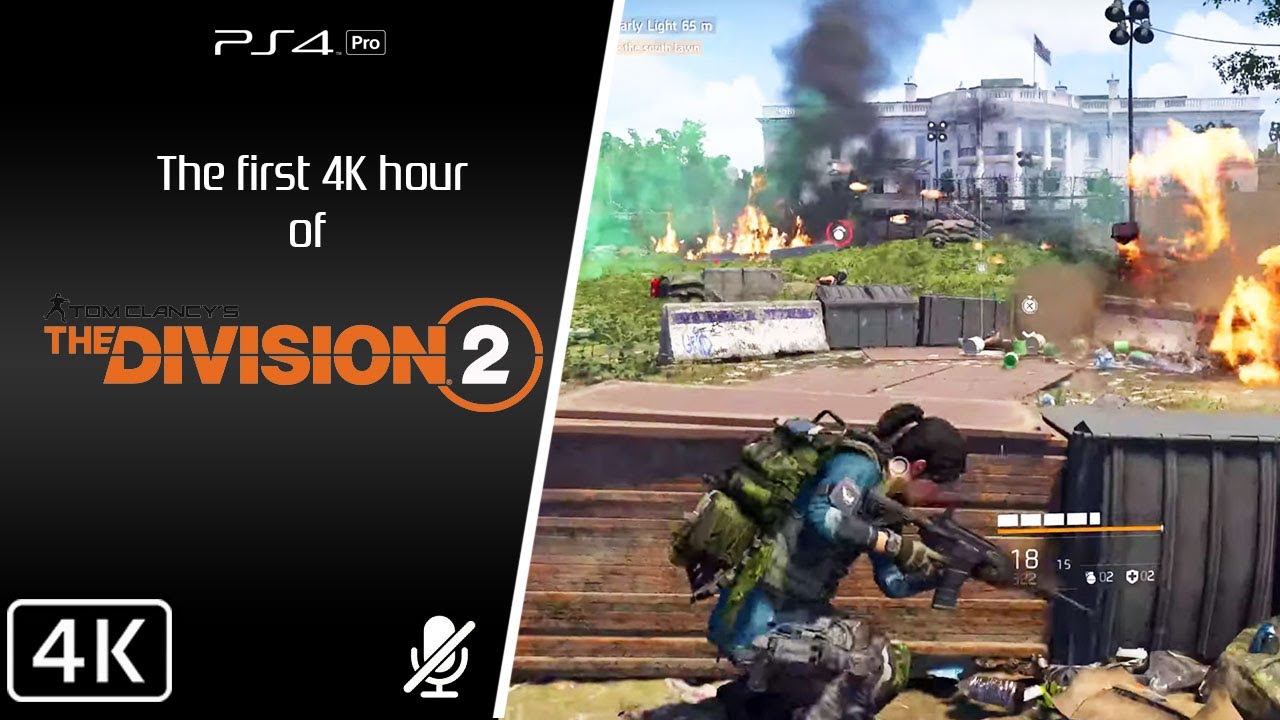 Call me shallow, but the visual makeover had a lot to do with my swipe right. This time around we've left the bleak, snow-encrusted streets of Manhattan for a Washington D.C. that's a literal urban jungle in places and it's all drenched in gorgeous god rays. The Dollar Bill pandemic has laid the nation's capital low, and it's your job to squat in the White House and reverse the mother of all government shutdowns. This means a host of new NPCs and survivor plotlines to chew through and a ton of more opportunistic vultures to kill. And yes, once again, 80% of them will be named Alex.

I've been at the game for ten days now, and I'm happy to say that the launch was a success. There were no issues that prematurely seized what is an excellent looter shooter that eclipses its predecessor in every way. For starters, the sandbox is bigger, prettier and jam-packed with things to do – you literally can't go half a block without being drawn off into some side content or a random fight to inch your XP up. Likewise, the cover-hopping, commando-roll-happy gunplay feels sublime and your movement is noticeably faster than before. Lastly, an increase in drug-addled enemies who charge you like Leeroy Jenkins on red cordial means you're constantly displaced and put on your toes.

In next to no time you'll be sucked into a black hole as Blizzard amounts of loot effortlessly bread crumbs you deeper into The Division 2's story missions. That old journey of gun favourite discovery and perk self-improvement will dig its claws into you early. My fireteam of three co-op buddies were soon obsessing over how our skills ought to complement each other. Deployable drones, turrets, shields, seeker mines and more were purchased and improved as we each took up a combat role to better serve the collective. I'm telling you now – played with a group of communicative agents like this, The Division 2 becomes sublime third-person shooting. Obviously, don't expect the (technically solid) public matchmaking to deliver the same results. 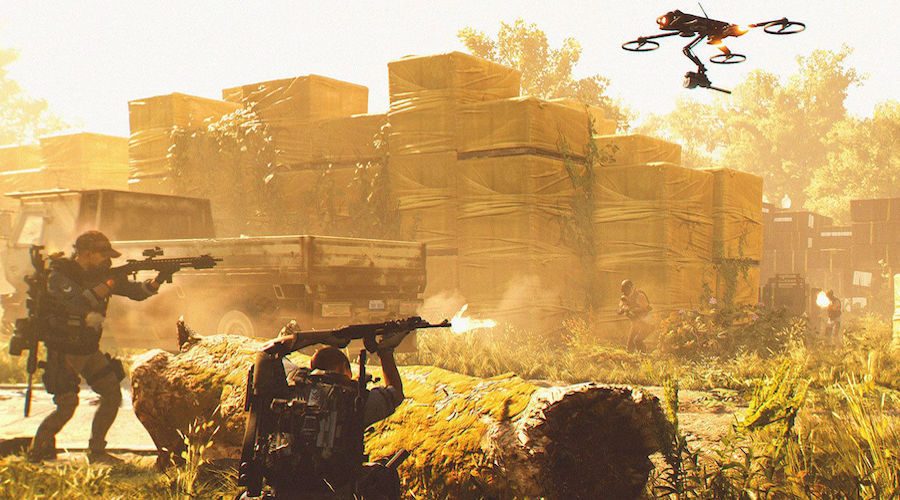 Things get even better (or worse, depending on your skill level) when you factor in the new Dark Zones. And we're pluralising here because there are three now, not just one big strip of PvP-delivered death running through the entire map à la The Division. Intense isn't even the word for these areas. Imagine a wretched hive of scum and villainy where player killing is enabled amongst some of the most dingily lit, environmentally confusing and hostile parts of D.C. Psychopathic 14-year olds and seemingly harmless middle-aged frenemies are constantly sliding into your blind spot as you try to murder packs of high-level AI enemies who hold the best loot in the game. Once again, claiming that booty "for reals" requires a helicopter exfiltration, nerves of steel and many a Mexican stand-off with other players.

Honestly, the DZ format is still brilliant even if you don't factor in the visual diversity of these new zones and a rethink of the Rogue mechanic that turns you into a server pariah for playing like a jerk. Expect to happily spend months in there. And quite surprisingly, you should also expect the solo fun to continue well beyond the whopping 40-hour campaign. Ubisoft Massive has learned from the past by building this sequel with post-credits content firmly in mind. Without spoiling too much, D.C. Comes under assault by a highly trained and hi-tech militia who boast monster health bars and sharper AI (but also epic loot). Better yet, three combat specialties open up that will hand you a signature weapon and some game-changing skills to grind for.

Is The Division 2 perfect right now after it's seen some patching? Yeah, Nah. Currently, the co-op scaling is a little shot to hell – as will you be if you're a level 10 trying to roll with your level 20 pals. A bug like this in a shared world shooter really needs to be sorted, stat. Likewise, at the time of writing, there's a big invisible and impassable block preventing players from using some stairs near the Ivy Tunnel. Sounds like a minor inconvenience on paper, but it's a sizeable chokepoint on the map and a pretty rookie error for the level designers. Once again; totally fixable. 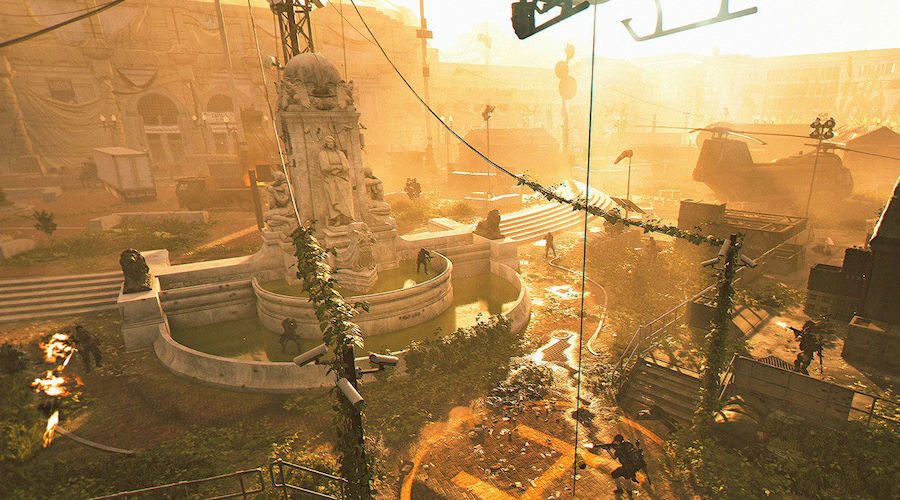 Speaking of patched content, a dedicated PvP mode isn't one – it's ready and raring to go from day one onwards, not a months later like the original game. While it isn't as features and content-rich as I'd like (think: two modes and a tiny handful of maps), it's fast, furious and the potential to grow is there. Certainly by all indications Massive plans to evolve a great deal about The Division 2, PvP included, with a year of free content updates.

That sort of goodwill to players, multiplied by an obvious dedication to learn from past mistakes and listen to the wants and needs of their diehard fans, makes The Division 2 a success. Though it's marred by some rough edges missed by Q&A and some eyesore texture pop-in here and there, what's been delivered is a cover-shooter-looter that confidently mantles over and beyond my expectations to mount a charge against its genre competitors. EA's Anthem – and whatever form Bungie's Destiny will take next – ought to be rethinking their tactics if they hope to make a counter-assault.

The Division 2 was reviewed on PlayStation 4 with a copy provided by the publisher.

Takes everything we loved about The Division and elevates it into becoming the shared-world shooter to beat in 2019. An overly generous approach to PvE, PvP and end-game content (plus a year of free updates) mean The Division 2 will multiply your fun for months and months to come.