The debate over “new” Shapes is missing the point 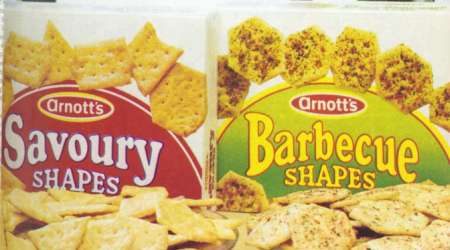 We might think we're passionate about Arnott's savoury biscuits, but the numbers tell a different story.

In recent weeks there has been just one subject that has united the internet in Australia: arguing about whether or not the "new and improved" flavours for Arnott's Shapes biscuits are any good.

This year, Arnott's decided to revamp the flavours for most of its Shapes range, including the classic Barbecue, Cheddar and Pizza options. The recipe for Chicken Crimpy and Savoury hasn't changed, and the original Barbecue flavour is still on sale. But despite a major marketing blitz, the general consensus is that the new options are rubbish.

I haven't made up my mind on that point yet. My favourite Shapes flavour is Barbecue, and I'll be firmly sticking with the original, because I don't see the need to change three decades of eating habits in a hurry, and I'm not being forced to.

Resistance to change and the need to fill space on Facebook means that the outcry was fairly predictable, but there are two points worth making here. The first is that, contrary to some of the online whining, this is not the first time the range of Shapes on offer has changed. Anyone remember French Accent Shapes or Beef Shapes?

Thought not, but they were indeed once an option. (Weirdly, when they were on the market back in the 1980s, Beef Shapes were not sold in NSW or Queensland. Biscuit history is filled with mystery.) 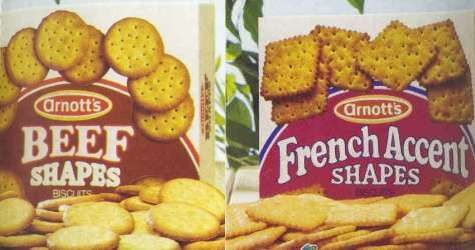 Secondly, we simply don't care as much. The range of Shapes flavours these days is very wide: 10 standard flavours, 5 Light & Crispy options, 4 Sensations, 4 Extremes and Shapes Goes for kids. Back in the early 1980s, there were just six on offer (Barbecue, Savoury, Crispy Chicken, Cheese, and the aforementioned French Accent and Beef). But despite that broader choice, Australians aren't as keen on savoury biscuits as we are on sweet ones.

According to Roy Morgan, in a typical week 32.4% of Australians are likely to eat a savoury biscuit. That number is slowly declining: in 2011, it was 33.1%. We're far more likely to go for a sweet biscuit: 42.4% of us have had one in the last seven days, the Morgan research suggests.

The Shapes debate appears to be fuelled by nostalgia, but savoury biscuit consumption does vary somewhat by age. Here's the percentage of Australians who have consumed a savoury biscuit in the last seven days, ranked by age group:

The highest consumption levels are amongst 14-17 year olds, who are unlikely to be fussed about decades of Shapes history. Regardless, remember this when you see people arguing about Shapes: two-thirds of Australians basically don't care about savoury biscuits at all.