The car Ford Australia’s CEO fell in love with 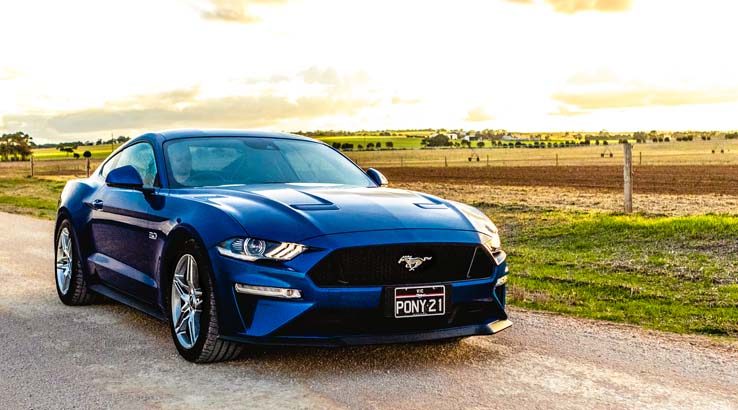 At the recent 2018 Mustang launch event, we had the chance to grab Ford Australia’s CEO Graeme Whickman for a quickfire interview.

A car so good, the CEO bought one

The event showcased the new 2018 Mustang at the Adelaide Tailem Bend Motorsport Park, and in a true test of putting your money where your mouth is, Whickman revealed that he had placed an order for his very own Mustang which he will personally buy. His model will be totally standard, bar a matte grey vinyl wrap.

“I took a Fastback 5.0 litre up to Albury recently. I'm from Melbourne. Four-ish hours there and back with my son, and I fell in love with it. You know, I thought, 'I'm gonna have one of these.' So I've literally placed an order. I'm gonna take possession of it late in June.”

Speaking with Whickman, we asked whether much input from Ford Australia went into the development of the Mustang. He went on to say that Australia is the Mustang’s largest right-hand drive market, with four or five times more sales than the UK. Because of the popularity, it gives feedback from Ford’s Aussie arm some clout.

“It's a very popular vehicle here, and with that comes the ability to inject the voice of Australian preferences, which is a great privilege. As Carl has mentioned – our global product chief – you start to see that when you get inside the vehicle, some of the finish of the materials, some of the driver assist approaches. That's been a direct impact from the voice of the customer from the likes of Australia.”

The ideas come from focus groups and extend to even the smallest of details. For example, Ford Australia requested there be stitched leather down in the footwell, to compete with other luxury car makers.

So have Mustang’s sales success surprised even the company itself?

“I think it's exceeded our expectations, and I'm pleased about that. I'm pleased that we've been able to fulfil the excitement that so many customers have had in the product. So that's been pretty cool. The feedback we get from customers is really exciting as well. It's really quite satisfying.”

Whickman divulged that in 2017, Ford shifted 9,000 Mustangs to owners. The year before saw 6,000 sold. But why, according to the Ford boss, is the Mustang so popular with Australian buyers?

“Customers, I think, in Australia have an affinity for performance vehicles.”

Why does the new Mustang cost more?

We also asked the Ford chief what the reasons behind the increased retail price were. According to Whickman, it's all down to the engineering refinements that have been made.

“If you look at the price of the vehicle versus the last, we've added a lot of very important content and we've changed the vehicle. As an example, we've reworked the engine, the powertrain – more power, more torque. From a performance point of view, we've improved the handling, which is important.”

Also, the CEO pointed out, the new model is equipped with an array of safety assists.

“And then you start to think about some of the other elements like our driver assist technology. So within those vehicles, we have AEB pedestrian. We have lane-keep aids. We have adaptive cruise control and 12-and-a-half-inch clusters. There's a raft of additions in the vehicle to make sure that we continue to answer the demands of Australian customers.”

Want to buy a new Mustang?

We recently had the chance to drive the new model, so check out our 2018 Mustang review. Ford has recently unveiled a program that lets you use a Mustang for two weeks when buying a Ford Ranger or Everest. You can also compare Ford finance deals here.