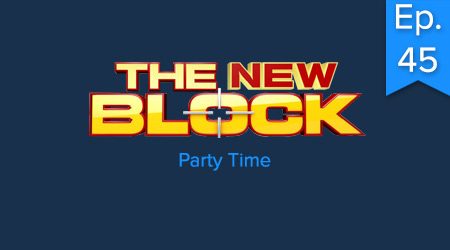 There was judgement of the judges and judgement from the public last night on The Block.

The Block was finally complete, the scores tallied and the apartments readied for sale. This begs the question: why we need another episode between now and the auction? It was a question that remained unanswered last night as the contestants celebrated their efforts with a garden party and some awkward encounters with the judges. Leading the awkward charge was Andy. He picked up and twirled judge Shaynna Blaze, who looked as horrified by the encounter as we all felt. 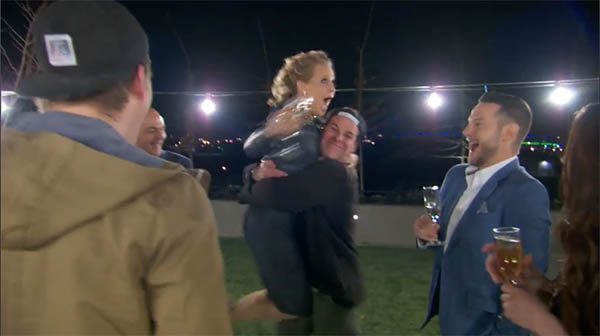 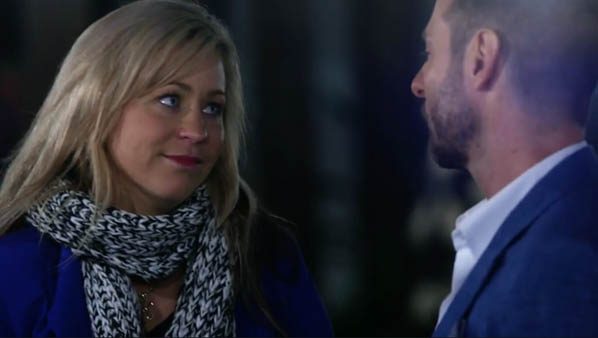 Kim gets even. Source: Channel 9.

Pleasantries aside, it was time for the contestants to have a go at the judges for the unforgivable sin of fulfilling their job description. Kim and Chris entered the party looking daggers, with Chris saying that while he had come on the show expecting to be judged, he didn’t appreciate the criticism. This might be helpful for you, Chris:

judge
[juhj]
1. to form a judgement or opinion of; decide upon critically:

While confronting the judges, Kim and Chris reassured them that they respected their honesty, but didn’t care for the feedback on the couple’s hallway, laundry and powder room.

Fortunately, Scott Cam broke the tension by entering bearing a torch and setting off pyrotechnics. And then the building burnt to the ground before it could go to auction. 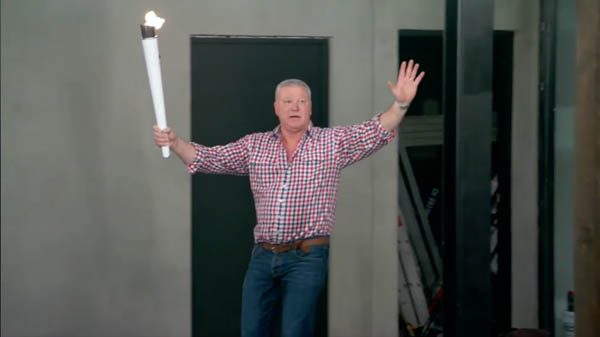 Scott comes in with a torch...for some reason. Source: Channel 9.

Well, we can dream anyway.

With the party drawing to a close, we got some emotional shots of the Blockheads packing up and leaving for the last time before the auction. More than a few tears were shed, but none of them by me. I swear. It’s just dust in my eyes. I HAVE ALLERGIES!

Damn you, Nine, for making me feel feelings.

No time to dwell on our wistfulness, though, as the Block opened for public inspection so the unwashed masses could come paw over every square inch of these multi-million dollar apartments and, if we’re lucky, leave at least one upper-decker in one of the toilets. 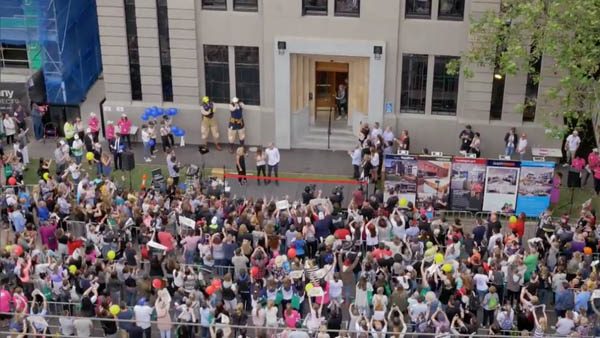 The Block 2016 is open for public inspection. Source: Channel 9.

First up were Karlie and Will, who drew praise from the public for their kitchen and polished concrete floors. One lookie-loo described the apartment as “the best we’ve seen today”. Well, it’s also the first, but high praise nonetheless.

Next were Julia and Sasha, with one onlooker saying the apartment “screamed luxury”. More evidence that it’s haunted.

Andy and Ben were next, and were shown working the crowd outside the Block, talking to small children. It’s endearing, but not the best strategy. Those kids don’t have any money. Members of the public loved the extra bedroom and ensuite, giving us one more opportunity* to mention the surprise toilet (two words you don't want to see near each other).

Next up were Dan and Carleen, who seemed to have strong support among visiting Western Australians. Unfortunately, the auction will take place in Melbourne.

Finally came Kim and Chris’ apartment, and Chris didn’t miss the opportunity to tell us that members of the public had assured the couple they’d been hard done by the judges. Because how would real estate professionals know better than random weirdos who walked in off the street?

Now there’s nothing left to do but head to auction. Make sure to return for our live recap on Sunday night.

Didn't see that coming, did you?