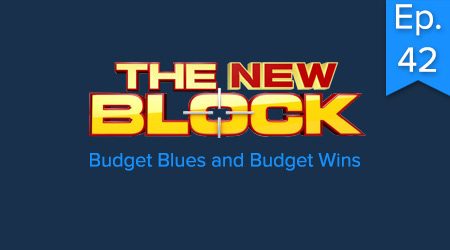 The Block last night was full of maths lessons, teaching us which contestants aren’t very skilled with numbers.

One case in point would be Carleen, who decided to purchase a $2,000 television for the living area in the challenge apartment without first checking that there were funds available. This brought about a visit from host and resident enforcer Scott Cam, who stopped short of breaking Carleen’s kneecap, instead deciding to force Dan to work off the debt in the acid mines. 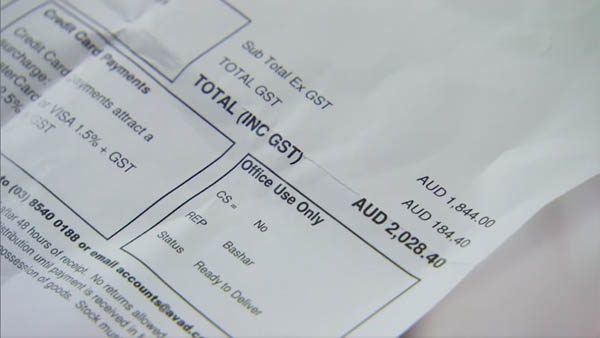 Carleen’s overspending did have a silver lining. Scott informed treasurer Kim that Telstra would kick in an additional $10,000 for the challenge apartment, because it may be the apartment of the future. However, all those tradies and retailers expect to get paid in the present. We were also informed that Carleen and Dan wouldn’t get a whiff of the $10,000 windfall, and would have to cry themselves to sleep on their expensive TV. 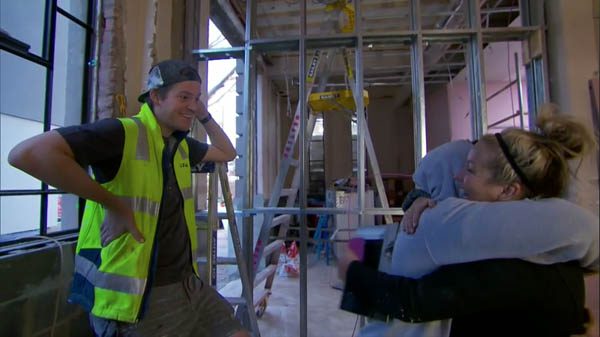 Andy and Kim celebrate after getting the extra cash. Source: Channel 9.

Our next bit of fun with numbers happened when BMT Tax Depreciation chief executive Brad Beer stopped by with a challenge for the contestants. Whoever could give the closest estimate for the tax depreciation of their apartment would get another $5,000.

Obviously, Karlie had this one in the bag. She is, after all, a construction estimator. We’ll remind you, though, that Julia is a property stylist and Dan and Carleen are experienced renovators, so obviously real-world careers don’t always translate on The Block.

Sure enough, Karlie and Will were way off. Kim and Chris took the methodical approach of calculating the purchase price of the building, adding in the $200,000 budget and deducting the trades. Andy and Ben also used a bulletproof mathematical model by mashing together their favourite numbers, their ages and then adding a zero. Carleen and Dan came out on top, though, with Andy and Ben stumbling blindly into a second place finish. 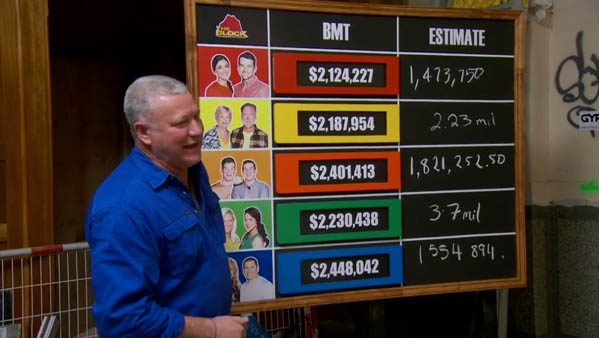 The results of the challenge. Source: Channel 9.

Finally, the contestants showed their spatial reasoning skills when it was revealed the height of the ceiling in Julia and Sasha’s kitchen didn’t match Dan’s living room ceiling. Dan had matched his ceiling height to Chris’ hallway, but this would end up chopping off a substantial portion of the living room windows. Magnanimous as ever, Dan finally agreed to matching the girls’ ceiling height and then acted as though he was doing them a favour. He’s probably doing potential buyers a favour by giving them living room windows that don’t dead-end into a ceiling, but that’s an insignificant detail for these maths-challenged amateurs. 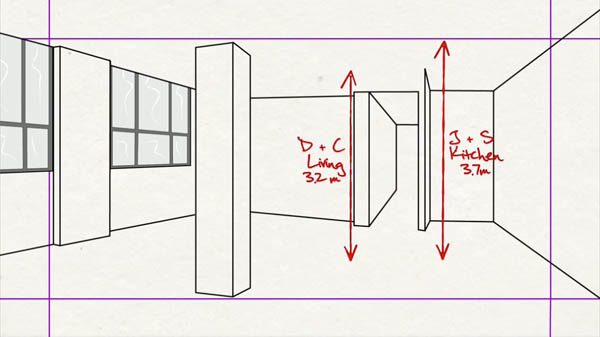