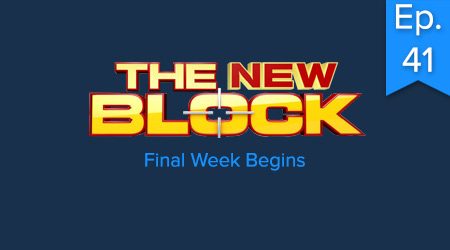 Long-suffering treasurer Kim may not be as innocent as she seems.

The first round of rooms from the challenge apartment were open for inspection and Kim and Chris’ terrace went down exactly as expected with the other couples. Naturally, everyone piled on it, acting as if this was the biggest crime against decor since the original set for The Brady Bunch was unveiled.

There was one exception: the boys, who appreciated what Kim and Chris did rather than aiming to find any possible aspect of the room to nitpick. Really, Sasha, the ability to clean the pendants is a major concern? You don’t seem too concerned about the foot marks that will inevitably be on the wall near your hanging chair, or the definite head trauma your metal bed frame will inflict on your unhappy buyer.

Moving on to Carleen and Dan’s bathroom, all the lovely couples that felt the need to bash the terrace were happy to gush over how Carleen and Dan should have won. I guess no-one turned on the taps on the vanity?

The couples then moved rather quickly through the other rooms. They were impressed by the boys’ ensuite, but Julia felt the shower head was a bit "aggressive". She prefers demure shower heads, it seems. At least it was plumbed in. 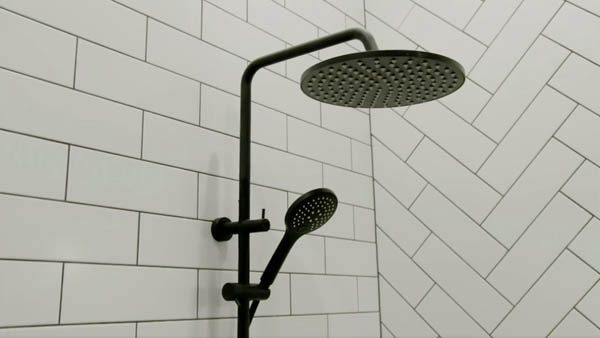 When they visited the girls’ kids room, parents Kim and Chris identified all the things their children would do in the room to hurt themselves or destroy it. Karlie and Will disagreed with the judges, with Karlie saying if she was a little girl she would love it. So let's assume Karlie grew up in some form of asylum.

But it was really all about the money again last night, with Karlie complaining as she received her final budget for this week and it was $2,000 under what she was first told. Hey, Karlie, you remember how you got a little extra budget last week? Where do you think that came from? 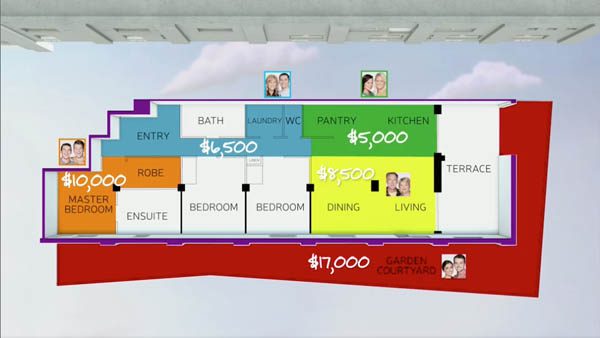 The budgets for this week. Source: Channel 9.

It then turned out that treasurer Kim was hoarding money. When the couples couldn’t agree on paying for a few extra builders to help get basics like firecheck and plasterboard up, Kim suddenly let us know she had put some dosh away for a rainy day. How do you use money you don’t want anyone to know about without telling them? Blame it on Mitre 10. Kim said she would be able to get the extra cash from the “Mitre 10 budget”, otherwise known as the hidden slush fund. You may call it embezzlement, but I have a much uglier word for it: misappropriation. 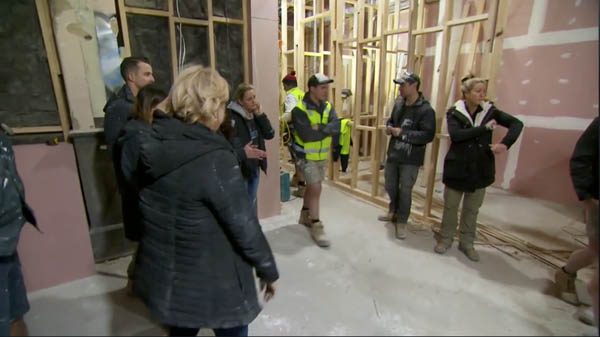 The couples spring to action after Kim announces her slush fund will come to the rescue. Source: Channel 9.

Finally, we were treated to some tension between young lads Andy, Ben and Will and old timers Dan and Carleen. There definitely isn’t any love lost between the baby boomers and the younger Blockheads, and not even hard-working treasurer Kim was left out of Dan’s firing line. If the young whippersnappers aren’t careful, a waterless vanity might end up falling on them.