The Block 2015: Which auction order is best?

With the auctions just around the corner, some of The New Block 2015 contestants talk auction strategy with their agents. The experts advise that going either first or second may be the pick of the bunch when given the chance to decide pecking order come auction day. The final week of The New Block 2015 is in full swing. Although the contestants have handed over the start-of-the-art common areas including the rooftop terrace, wellness centre, cinema room (featuring reclining chairs with refrigerated cup holders) and the Mr Zen cafe downstairs, The Blockheads are now madly working to deliver the final challenge apartment rooms.

While teamwork has never been more important, not everyone is stoked with the ‘all in’ approach, as Caro and Whitney went head-to-head. Despite these adversities, the contestants are giving it their all as the results this week have the potential to change auction fate; not only does the winner receive a brand new Suzuki (worth $30,000) to sell to the highest bidder, but they also get first choice of auction order.

ALSO READ: What price will The Block properties go for?

ALSO READ: How much do we pay for The Block properties once the series is over?

Which order is most strategic?

With auction order up for grabs this week, Kingi and Caro called in their real estate agent Mark Konishi from Hockingstuart to talk auction strategy. Konishi advises that if it's a small pool of buyers, it may be advantageous to go first.

“We need to factor in that your reserve will be the lowest, because we’re the lowest level. So the issue we have is that.. how many buyers are going to be left when we get to auction number five? So my thoughts are that if you win the challenge and you’ve got the choice, I’m confident that you can go first. Your reserve is going to be lower, so we’ve got to focus on the amount you receive above the reserve price”, Konishi said.

Up on level four, Luke and Ebony had the same idea. When tossing up which auction order would be most strategic, their real estate agent Andrew Crotty from Biggin Scott, advised them that second place could yield the highest sales price. 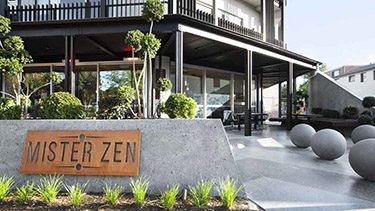 “I’m thinking maybe second and the reason for that is this; If we go first, there’s a bit of uncertainty about how the pricing goes, so what is the pricing?

“In an ideal world, they’ll [the penthouse contestants Dean and Shay] go first, it sets the record price and people feel comfortable with what they’re bidding on and the prices they’re bidding to, so there’s a line drawn in the sand. So first preference is second, second preference is first”, he said.

It’s a marathon renovation race this week as the stakes have never been higher. The stage is set for some of the highest reveal scores in The Block history.

Was this content helpful to you?
Thank you for your feedback!
What happens to The Block properties after auction day? The Block 2015: Auction order decisions