The best places to travel to stretch your dollar further, according to Hotels.com 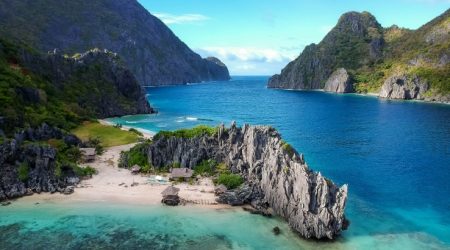 Make these your next holiday destinations for a true bargain getaway.

Hotels.com has released its Hotel Price Index for 2018, revealing the destinations we're willing to pay top dollar for and the ones offering the best deals.

According to the index, a staggering $377 stood between the highest and lowest prices paid for a room by Aussies travelling internationally in 2018.

So, where should you go for your next cheap as chips holiday?

No surprises here, Sydney is up there when it comes to hotel prices with an average of $205 per night, but Byron Bay is now at the top of the pack with a whopping $234. What is surprising is that both cities actually saw a drop in price this year, falling by 3% and 2% respectively.

If you're looking for a bargain, then you might have to stay away from beach destinations and head inland. Albury ($129), Townsville ($130) and Darwin ($138) offered some of the cheapest local holiday options for travellers in 2018.

If you're craving some fun in the sun, then Brisbane ($150) and Hervey Bay ($153) are still solid options to keep the costs down.

For those heading further afield and wanting to stretch their dollar further, look no further than South East Asia. Always known for a good bargain, 18 of the lowest 20 averages are found in the region even though most saw increases by up to 15%.

Pattaya ($68), Phnom Penh ($74), and Cebu ($79) are the cheapest destinations on the list, while Manila, Chiang Mai and Siem Reap will all get you budget-friendly, balmy nights at under $90 per night.

If you're trying to catch that next big destination while it's still affordable, consider Chiang Mai (15%), Siem Reap (12%), Hanoi (11%) and Hoi An (9%) who all increased in price last year.

Paris ($259) and Santorini ($412) saw the highest rise in average prices last year with a 16% increase and Mykonos ($445) was the overall highest priced destination. If you're still keen to make your Greece holiday happen on the cheap, keep an eye out for Scoot sales for a budget airline that often has flights to Athens down as low as $309 each way.