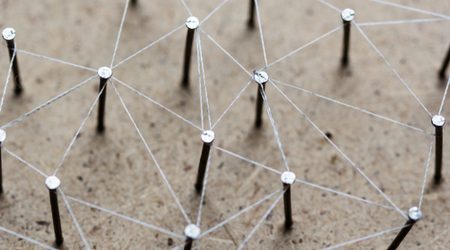 It's not pretty, but Augur's assassination, atrocity and disaster markets do more good than harm.

"I think assassination markets to kill political leaders will be popular," predicted Augur developer Micah Zoltu in an Augur slack channel about nine months ago. "Having a trustless mechanism for hiring a hitman would really open up the market though. Lower costs, get more people involved, etc."

When queried about whether that was a good thing per se, he abstained from wading into the ethics of the situation and instead pointed out that he considers it might be a practical use case, if not necessarily good for humanity.

"Assassin markets are a good use case IMO if reporters are willing to report on them as valid. Where "good" in this context means effective at solving a particular problem, not as in "good for humanity" (though maybe they are also good for humanity)," he said.

The reporters in this case refer to the designated people who officially say whether or not a prediction panned out, and are incentivised to themselves to tell the truth through the Augur REP token. These reporters have the power to the declare a prediction, or "market" as it's called in Augur, to be invalid and unable to pay out any money.

The general consensus among many is that murder markets aren't especially beneficial for society.

In the initial chat though, the Augur developers were quick to differentiate between assassination markets and other disaster markets.

"Yeah, assassination markets are definitely different from atrocity markets. I hope both can thrive in the new world," Micah said. In context it's worth noting that he was very obviously joking.

It is an ethical quandary that might have to be confronted eventually though, and functionally it might be worth considering them separately.

The idea of assassination markets, explicitly in the form of predicting the date of the death of a public figure and then placing bets on its likelihood was described in detail in Timothy May's 1994 Cyphernomicon which was almost certainly eagerly read by early bitcoin users. It was also described in detail in 1995-96 and has been picked up in various forms since then.

The idea certainly isn't unique to Augur, but with its functionality it's probably inevitable that it would crop up at some point. The first known actual assassination markets, of sorts, might be the bitcoin-based Assassination Market which emerged in 2013, Forbes reports, which was designed to let people anonymously crowdfund bounties for public figures. It attracted a few bounties in its time, worth between $100,000 and $200,000 at the time, none of which were carried out.

In the foreseeable future, it's very doubtful that an Augur-based assassination market would give anyone sufficient incentive to actually attempt an assassination. At the same time, any assassination market that attracts a sufficient amount of bets would undoubtedly draw attention and serve as a fairly clear warning to any intended target. The transparency of the Ethereum blockchain, meanwhile, doesn't pair well with super secret undercover operations.

The concept of assassination markets has a long crypto-anarchistic pedigree and it was inevitable that markets of the kind would spring up on Augur. But it would be an extremely dumb way of actually trying to get it done.

With the forewarning it gives and the potential of tracking a future-perpetrator down with blockchain forensics, Augur's murder markets are more likely to end up saving lives.

Atrocity markets have a history of their own, with the first examples coming from the US government (DARPA specifically) and arriving in 2001. The timing, shortly after 9/11, was no coincidence and the hope was that it would have helped to predict similar events in the future.

It was also intended to extend the US government's information-gathering abilities, bringing in a diverse range of experts from around the world as well as soliciting insights from people who live in hot spots and might have first hand information, or have heard the word on the street.

The Policy Analysis Market (PAM) was the public face of the project. Before being scrapped in 2003, it intended to offer markets on political economic and military indicators for Egypt, Iran, Iraq, Israel, Jordan, Saudi Arabia, Syria and Turkey, as well as specific conflict indicators such as the assassination of prominent figures.

"Conditional derivatives" were also on the roadmap (if X happens then Y will happen), with the intention of improving the predictive power of the market and allowing more thorough consideration of different courses of action.

Beyond that, atrocity predictions markets have always been around in various forms. Consider the findings that a 10% increased expectation in the US invasion of Iraq was accompanied by a $1 rise in oil spot prices. This was the result of oil traders around the world collectively making predictions of a war in Iraq, and it proved to be a remarkably accurate and prescient indicator.

Functionally that's exactly how atrocity markets work, except the lack of a dedicated user interface means it's just called a prediction.

That's not to say an ongoing publicly accessible market where anyone can cast a prediction on the next school shooting, genocide or other atrocity is a great idea. But it's probably not such a bad idea that it should be dismissed out of hand just because the subject matter is icky.

Atrocity markets obviously aren't pleasant, but atrocities themselves are even less pleasant, and if the former can help prevent the latter it's probably a net gain.

The general consensus is that these are ethically A-Ok and that betting on mass death and destruction is fine as long as it's impersonal.

So far no one has voiced concerns about a fracking company trying to get started in San Francisco to win this bet.