The 10 most popular Game of Thrones tours in the world 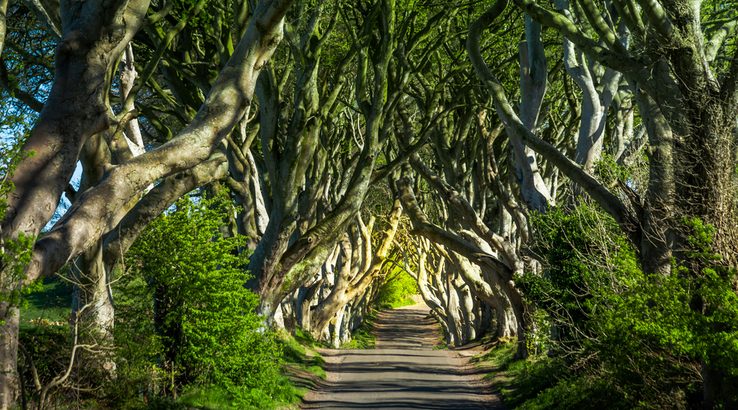 TripAdvisor is one of the world's leading booking sites, so it's a great place to look if you want to find the world's most popular anything, including tours. TripAdvisor has revealed the ten most popular Game of Thrones (GoT) tours in the world, according to booking data.

Spain, Croatia and Ireland in particular are seeing more visitors, and some specific sights, like Spain's Osuna's bullfighting ring (aka the fighting pits of Meereen), or Ireland's Carnlough and Ballintoy Harbour (the Iron Islands) are drawing in the crowds.

If you can't go gallivanting off to Croatia right now, you can also check out some of Westeros' most iconic scenes in 360 degrees. Or, if you'd rather DIY than hook up with a tour group, you can get a list of filming locations here.

Number ten is an in-depth eight-hour tour of Girona, Barcelona, which you might recognise as the back streets of King's Landing. This tour uses the paths walked by Tyrion, Cersei, Joffrey, Sansa, Jaime and others, as a way of introducing you to the real medieval city behind the show.

The ninth most popular is wide-ranging tour of Northern Ireland's wilder scenery. You might feel a distinct sense of familiarity as you take in some of region's best sights, including The Dark Hedges, Giant's Causeway and Ballintoy Harbour, which might now be better known as the Iron Islands.

8. Malta - Take a behind the scenes trip with the actors

Take in sights that were the backdrop for the Red Keep and King's Landing, including Maegor's Holdfast, used in the Battle of Blackswater. Your guides for this all-day trip are two actors who appeared in the series, so you'll get plenty of behind-the-scenes trivia and gossip as you explore some of the most prominent GoT scenes.

The sixth most popular GoT tour is a full day tour out of Belfast, with small groups only to give a more personalised experience. This one starts with a trip to Belfast's Titanic Quarter, home of Titanic Studios, and the official home of the Game of Thrones production. From there you'll head off to spots including Carrickfergus Castle, Carnlough Harbour, the Cushendun Caves, Giant's Causeway, Dark Hedges and the Carick-a-Rede Rope Bridge.

All spots are great attractions, even without the show, but will look familiar to fans.

5. Split, Croatia - Where Croatia meets Westeros, and the land meets the sea

Start off at the Diocletian's Palace where the centre of Split meets the sea, and get Game of Thrones history, and real history, side by side as you head off to the mountain fortress of Klis.

4. Dublin, Ireland - Start in Dublin and see all the top sights

Another one of the ever-popular tours of the Irish sites, this one departing from Dublin before heading to Belfast, and all the must-sees including the Dark Hedges, Dunluce Castle, Cushendun Caves, Ballintoy Harbour and of course Giant's Causeway, where you'll have an hour and a half to explore the basalt columns.

A full day Irish tour of everything Game of Thrones, starting with the Cushendun Caves, finishing with the Giant's Causeway and doing everything in between, including Barrycastle , the Dark Hedges and plenty more, all in the company of an experienced guide who knows the area, and the show.

2. Reykjavik, Iceland - Go beyond the filming scenes in Iceland

A full day guided tour out of Reykjavik, where your first stop is Thingvellir National Park, where the European and American tectonic plates meet. You'll be able to see sights like the spot used for the Gate of the Eyrie, meet some of the show's horses, and swing by worthwhile non-film locations too.

1. Dubrovnik, Croatia - A half day tour of Dubrovnik's best

The world's most popular Game of Thrones tour, according to TripAdvisor bookings, is a 3.5-hour walking tour of Dubrovnik, or King's Landing. You'll also get the chance to add on a 1.5 hour exploration of Trtseno Arboretum, or the Palace Gardens.

Get a blend of behind-the-scenes filming info and local history as you see Dubrovnik's best.