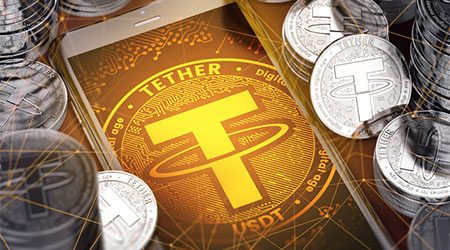 Tether hasn't been the same since the accident.

Tether's stablecoin dominance has dropped to a three-year low.

And that might be the most pointless statistic you'll hear all day because for a long time Tether has been the only major stablecoin game in town, so most days of Tether's life might have been a new all-time dominance low. 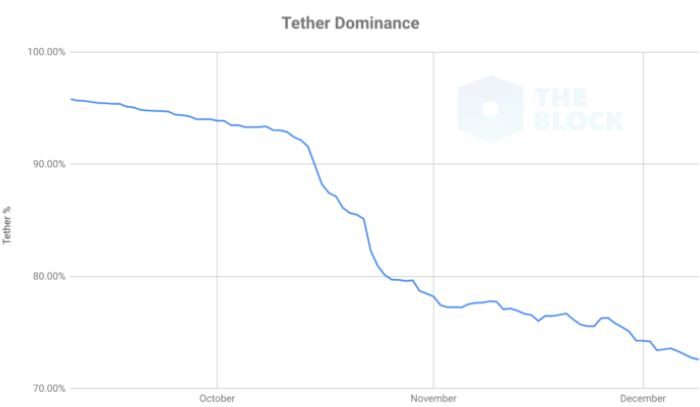 Of more relevance might be knowing that Tether's dominance has dropped to 73% from a full 95% just three months ago, and that it's still dropping.

The bulk of that drop in mid-October came when the markets spontaneously had an existential crisis around Tether, and it broke from its peg in a significant way. It's not entirely clear what triggered the crisis at that exact time, but it is clear that Tether has not convincingly recovered its market share since the incident.

In a way, the event may have raised the risks people were aware of all along, and highlighted some of the Tether mistrust that's circulating in the wider markets. It was swinging by about 10 cents up and down – but mostly down – at the time, so it may not have been the best option for practical purposes either.

It also presented a suitable time for Tether's competitors to start moving in. They weren't idle during the October Tether swings, but were rather issuing millions of coins around the world.

In this respect, the decline of Tether might be as much because it's sinking as others are rising. These stablecoins are all sharing a finite market, after all. It might also show how difficult it could be for Tether to claw back its missing market share. Functionally, it has few advantages over its competitors except availability, and might be somewhat backed into a corner.

The stark decline in market share, and lack of a clear way to meaningfully recover it, might show how impactful those few days in October were, and how they're still having a lasting effect on the cryptocurrency landscape.

It's in time for what's predicted by some to be a stablecoin-heavy 2019, too. A lot of what's happening in crypto this year will be setting the table for 2019 – and in Tether's case, that might not be entirely good news.

Still, it has almost three-quarters of the remaining market share and doesn't seem in danger of going anywhere in the immediate future.