Your guide to buying a Tesla electric car in 2021

Wondering which 2021 Tesla you should buy? This Tesla buying guide to the world's best-known electric car builder will help you decide.

Unlike Internal Combustion Engine (ICE) vehicles - with battery electric cars you can't just quickly pull into a petrol station, brim the tank and leave within a few minutes. Electric cars take a little time to recharge. Range becomes extremely important then - this is the distance you can travel on a single charge of the battery. It's equivalent to the size of a fuel tank on ICE cars - the bigger the tank, the further you can travel.

You might be surprised by just how far Tesla electric vehicles can travel right now. The Tesla Model S Long Range can, according to the company, drive 663 kilometres on one charge (using the NEDC testing standard).

First introduced in Australia in September 2014, the Model S has many passenger comforts without compromising on speed. The Long Range Model S can accelerate from 0 to 100 km/h in 3.2 seconds, making it one of the fastest accelerating vehicles in production. The performance Plaid version will zip to 100km/h in a dizzying 2.1 seconds. Automatic features of the Model S Sedan include lane changing and Autopark. A sleek aerodynamic design coupled with futuristic tech makes for an impressive vehicle.

The Tesla Model X is one of the safest and fastest SUVs ever made. Some Model X variants accelerate from 0 to 100 in 3.9 seconds, while having seating for up to seven people. It also delivers an uncompromising blend of safety, utility and performance. With the addition of Tesla's cutting-edge Autopilot features, the Model X will leave other SUV drivers envious.

The Tesla Model 3 is currently the cheapest available Tesla. The Model 3 is a sedan and it's smaller than the Model S. It has a reported range of 508Km (NEDC) and a top speed of 225km/h. Acceleration (0-100km/h) ranges from 5.6 seconds (Standard Range Plus) to 3.3 seconds on the Model 3 Performance (with the first foot rollout subtracted).

Like other Teslas, the Model 3 can update software over-the-air using WiFi.

Tesla's Model Y is an upcoming compact crossover, with the ability to seat seven (when an optional third-row seat pack is fitted). The Model Y is reportedly expected to launch between Q4 of 2021 and Q1 of 2022. The Model Y is based on the Model 3's underlying architecture.

It seems there will be two Model Y variants on sale:

We'll confirm the pricing for the Model Y when it's announced.

The revolutionary and disruptive Cybertruck is Tesla's ute. There's been some speculation as to if it will even be made available in Australia. Musk has flip-flopped on whether Australia will get the big ute, with the last comment from him coming via a Twitter response. Musk tweeted, in reply to an Aussie Tesla owner petitioning for the Cybertruck, saying "If it passes Australian regulations, then sure".

The Cybertruck isn't confirmed for Australia then, but it is listed on the Tesla AU website, (though specs are for US models).

Specs are insane for the Cybertruck. It has up to 16-inch ground clearance, air suspension and a bonkers towing capacity. The payload goes up to 1,587kg!

We'll confirm Tesla Cybertruck pricing if and when it is confirmed for Australia.

You can customise your Tesla with the following options:

And choose your advanced features:

What Tesla drivers wish they knew before buying

Teslas are different. A lot of drivers report that it takes a bit of time to adapt to the electric vehicles, but once you do it's intuitive and it's hard to go back to a car that burns dinosaur juice.

Here's what Tesla drivers say they wish they knew before purchasing. Remember that these are just comments from Tesla drivers around the world and that your own experience may vary.

How to charge your Tesla in Australia 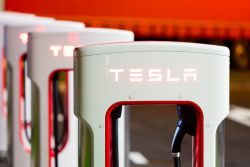 Tesla cars use an onboard charger to convert alternating current from wall outlets into direct current used for the battery. The emptier the battery, the faster it charges. When it gets close to being full, the car computer tapers off the current to gradually top it up without zapping the cells.

You can charge your car from wall outlets, as well as from Tesla Supercharger stations located around Australia - which are special banks of multiple chargers working in parallel to rapidly recharge your vehicle. Simply pull up, plug in and charge up.

The cost of a Tesla car depends largely on your chosen model, as well as any optional extras you order. Here's how much you should expect to pay for the Model S, Model X and Model 3. The prices are driveaway costs for NSW postcode 2000.

Pricing will be announced closer to launch

Has yet to be officially confirmed from an Australian launch.

How you can finance a Tesla

Even though Teslas are unusual in that they are electric vehicles, with distinct features unique to the brand, they are still cars.

Lenders and car finance groups recognise the growing popularity of these unique vehicles and may be more likely to approve Tesla loans than less-practical, but similarly priced and performing equivalents.

This means you may be able to enjoy more favourable rates and better terms when financing a Tesla than other vehicles. Because they are demonstrably (going by ANCAP scores) safer than many other cars, some insurers also recognise the advantages of those safety assists with lower car insurance premiums. A few car insurers have offered discounts since 2014 for vehicles with active safety features.

This means that while Teslas are inherently costly, premium vehicles, you can recoup some of the extra outlay thanks to electric costs versus fuel.

Take a look at luxury car loans, as this is the category that a Tesla is likely to fall into.

Loans you can use to finance a Tesla

Other vehicles to consider

Read this Tesla buying guide and still not sure if you want one? Learn about other electric vehicles by reading our electric car reviews.