Telstra's new mobile plans: What you need to know - finder.com.au

Telstra’s new mobile plans: What you need to know 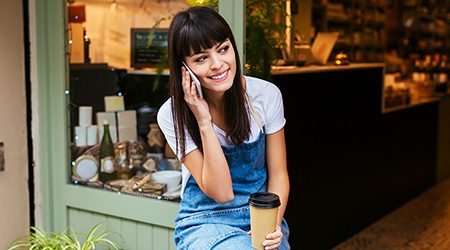 Telstra has reworked its mobile plans to cut excess data charges, but its actual "unlimited" plan is a casualty.

Telstra signalled last year that it was looking to rework its mobile plan strategy by mid-2020, and today it unveiled its new set of mobile plans.

All of Telstra's new contract plans operate on a month-to-month basis, although that's slightly different if you do sign up for a phone with your plan. Here's how the new mobile plans look:

Most of Telstra's existing extra features, such as data-free streaming of Apple Music and access to AFL/NRL/Netball streaming on screens smaller than 7 inches remains under the new plans at no extra cost.

The one different feature here is 5G access. For the next year, if you do happen to be lucky enough to be in a 5G area with a compatible device, you'll get access to Telstra's next-generation network for no extra charge. After that date, it's only free if you're on the top two contract tiers. If you're on the Small or Medium plans, you'll have to pay an extra $15 per month to access 5G.

Based on our early tests of Telstra's 5G network, it will need to be considerably quicker and more widespread by mid-next year to justify that $15 a month charge.

Telstra also states that you'll be able to add on other extras, such as wearable devices and streaming entertainment services to an existing plan.

Is it really unlimited data?

That depends on how you define it. There are no excess data charges, but once your quota is exhausted, you'll be slowed to a maximum of 1.5Mbps downstream until your next billing period. Telstra avoids using the word "unlimited", no doubt because the ACCC takes a dim view of potentially misleading uses of that term. Instead, Telstra says that there are "No excess data charges in Australia" on these plans. Rather logically, that does mean that if you roam overseas, you will attract additional usage charges.

A speed of 1.5Mbps is perhaps enough for web browsing, but a tricky prospect for video streaming. It may actually be worse than that in peak times. Telstra's Critical Information Summary for these plans states that

"if you exceed your included data allowance, your data speeds are capped at 1.5Mbps until the end of your bill cycle (not suitable for HD video or high speed applications, and means that some web pages, video/social media content and some large files may take longer to load) and slowed further during busy periods."

What about contract phone plans?

Telstra is still offering devices on contract terms of either 24 or 36 months under these new plans. What happens there is that the device repayments are a separate contract to the mobile plan contract.

It's a similar approach to that taken by Vodafone back in 2017, so if you do decide to shift away from Telstra, you have to pay out the balance of your handset contract. In some cases, if you receive a device monthly credit as part of your plan, you'll lose that credit.

One aspect of this change is that it's much easier to see the actual handset repayments for each phone, where previously Telstra tended to bundle them into the total cost of the plan. So for example, the lowest-cost handset repayment on the Small plan for any Telstra phone right now is the low-end LG K11+ at $10 extra per month over 36 months. The most expensive is the Samsung Galaxy S10 5G 512GB at $62 per month over 36 months. Naturally, you'll pay a little more per month if you opt for 24-month terms on any handset.

What about Telstra's totally unlimited plan?

Up until today, Telstra offered a premium $199 per month plan with any handset of your choice and actual unlimited access to its network. That plan is now totally gone.

What about Telstra's phone leasing plans?

Like the totally unlimited plan, it appears that Telstra has abandoned its phone leasing strategy. We'd long advocated that these plans weren't great value in the first place, because a single screen damage incident could wipe out all your savings in one drop.

What happens if I want to change plan tier?

Telstra says that if you want to step up or down a tier within a given month, you'll be able to do so. Indeed, if you want to avoid the speed shaping, it will be the only way to upgrade your data allowance within that month.

Now, this has an effect on the handset repayment side of Telstra's phone plans. Where on older plans the phone would be heavily subsidised by the plan cost, it's now a fixed variable no matter which tier you're on.

What does this mean if I'm already on a Telstra contract?

Contracts are contracts, so whatever deal you're signed up for is the one you're on the hook for. The reverse side of that equation applies as well. Telstra still has to provide you service under those existing terms, at least for the length of the contract.

If you're very keen on the new contracts it may be worth contacting Telstra to see if it's willing to make a contract variance in your case, but nothing is guaranteed.

Telstra has told Finder that intends to "grandfather" its older plans for existing customers. That's where you stay on an old plan under the existing terms even though it's no longer offered to existing customers. Telstra's hope is that customers will switch to the new plans rather than stay on the old plans, but you're free to do so if you wish.

Can I get no excess charges data on a prepaid plan?

Not at this stage. If you're on Telstra prepaid for the price certainty, it's perhaps worth looking at the new plans to see if they're a better fit for your phone needs. This won't apply if you're after a very low cost plan, or one with long expiry, however.