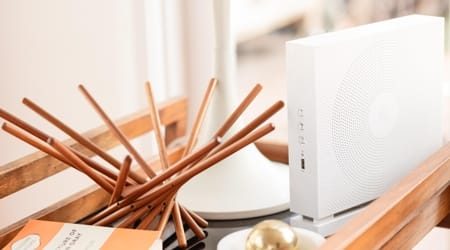 Telstra will release a new gateway next year that operates on both fixed line broadband and mobile connections.

Telstra’s announced that from early next year it will offer what it’s calling the Gateway Frontier, a hybrid fixed line/mobile gateway product for Telstra broadband customers.

The idea behind the Gateway Frontier will be that you sign up for a Telstra fixed line service, but rather than having to then wait for the necessary physical and network connections to be finalised, you instead drop onto Telstra’s 4GX network to get online immediately.

It’s not entirely clear what kind of service costing will apply to the Frontier Gateway, given that the cost of mobile data is significantly higher than that usually applied to fixed line broadband. Telstra’s claim is that the Frontier Gateway will automatically drop down to mobile connectivity if the fixed line goes down, so presumably there will be some kind of inbuilt mobile data provision for the service to avoid unexpected excess data charges.

The Telstra Gateway Frontier will be a Dual band 802.11ac router with MU-MIMO, 2 USB 3.0 ports, 4 Gigabit Ethernet ports, NFC and an integrated 4G SIM card for that fallback provisioning of data. Telstra hasn't yet announced what you'll pay for the router when it launches next year.

In the meantime, Telstra has also announced a new Gateway product with improved connectivity options to be offered to its broadband customers from next month. The Gateway Max 2 will offer, as per Telstra, faster streaming speeds and a better Wi-Fi signal. 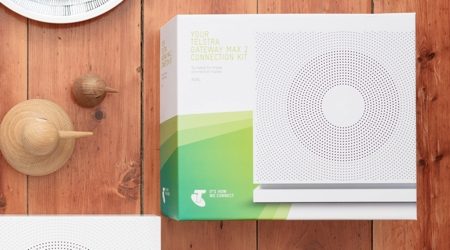 The existing Gateway Max product is an ADSL/ADSL2+/VDSL/VDSL2+ compatible device with support for 802.11ac connectivity, and as always, your Wi-Fi performance can be impacted by other environmental factors. Telstra representatives told finder.com.au that the Gateway 2 Max will be a Dual band 4x4 802.11ac Wi-Fi and MU-MIMO product with 2 USB 3.0 ports and 4 Gigabit Ethernet ports as well as NFC pairing with Android devices available for $264 outright in September. If you're an existing Telstra broadband customer you'll be able to upgrade to the Gateway Max 2 for $96, or if you're taking up a contract, it can be had for $11 per month on a 24 month contract.

Telstra will offer new broadband bundles from tomorrow with its recently announced deal where Telstra customers get 3 month subscriptions to Presto, Stan and Netflix, as well as a bundled Telstra TV device. Here’s how the three new plans compare

Telstra is doubling the data inclusion on the Small plan at launch, while the medium plan includes the Telstra TV device. The Large plan also includes Foxtel via Telstra Entertainment, but you will have to pay $100 for Foxtel installation and $75 for an iQ2 box. As with other Telstra home broadband products, customers will be able to access data on Telstra’s Air network within Australia and at fon hotspots globally free until at least 27 March 2017.

Telstra’s also announced that the Telstra TV box will add a few new optional channels to its suite of streaming services. Bloomberg TV, Ted Talks and YuppTV will launch on the service, which Telstra says has streamed more than 26.1 million hours of content since launch.