Telstra’s new 2Gbps 4G network: What you need to know 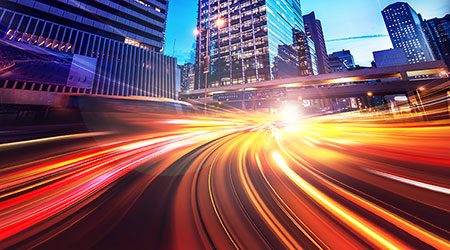 A serious speed boost is coming to Telstra's 4G network later this year, but you'll need a new phone or hotspot to take full advantage of it.

Telstra has announced the intent to deploy 2Gps into its "4GX" network in 2018, following successful trials shown off at Mobile World Congress back in February.

According to Mike Wright, Telstra's Group Managing Director Networks, Telstra will deploy 2Gbps 4G in "high traffic areas like CBDs, stadiums and shopping centres. This will support even greater capacity and faster mobile speeds for our customers as the demand for data continues to grow".

"We expect to deploy 2 Gbps enabled LTE technology in select locations later in 2018," he said.

Telstra's network has long sold itself on the quality and speed of its connections, although that's not been without its blips, including a notable nationwide outage back in May.

Will I get 2Gbps everywhere?

No, you won't, for two reasons. Firstly, as announced, 2Gbps 4G will only be rolled out to "select" locations that already have high traffic. While Telstra hasn't announced specifics of those areas, it doesn't take too much crystal ball gazing to work out where those areas will be. It's feasible that as it did with 1Gbps 4G and indeed its own 4G network, Telstra may take 2Gbps 4G regional in time, but for this year we'd expect it to appear only in metropolitan areas.

The other factor is that 2Gbps is the top speed of the network, and it's one that Telstra is only hitting now in lab conditions. In the real world with a busy network and interference factors at play, real world speeds are much more likely to be lower. That doesn't mean they won't be impressive, but just like your car doesn't always run at 100kph or faster, don't expect the 2Gbps 4G network to do otherwise.

Does this count as 5G?

Strictly speaking, no. While the absolute final specifications for 5G are yet to be formally ratified, this is just another step on the road to 5G, which Telstra has previously stated it intends to launch in 2019 in Australia.

Telstra's position is that having solid 4G is a vital step in delivering quality 5G services.

"Enhancing the performance of 4G is also an important step forward in the development of 5G," said Mr Wright.

"For most initial uses, 5G will not be a standalone technology. This means the quality of the underlying 4G service and how it integrates with 5G will go a long way to determining the overall mobile experience."

Does this make the NBN redundant?

Not by a long shot. As many users of NBN's existing Fixed Wireless services are finding out, there are some significant limitations to wireless networking in terms of shared spectrum and interference, so for the majority of the NBN's fixed line (FTTP, FTTN, HFC) services, you're still likely to see more consistent, not to mention more affordable service.

This is a yes and no question. Telstra is highly unlikely to put a premium on its high-speed 4G data, given that it's not offering it as a blanket option across the entire nation. In that sense, whatever you're paying for mobile data through Telstra will remain the same at a per-GB level.

That being said, if you're able to use mobile data at a faster rate, there is the prospect that you could rack up significant data bills rather more rapidly if you're not careful about your usage. That's true of any faster network technology that charges for data usage.

What will I need to take advantage of 2Gbps 4G?

It's one thing for Telstra to deploy a network capable of speeds up to 2Gbps, and another for you to be able to actually access them. Just as it did when it launched 1Gbps services, it's a question of having compatible devices that can peak up to that speed.

Telstra has announced the intention of launching a new version of the NETGEAR Nighthawk Mobile Router it currently offers with 2Gbps compatibility later in 2018, presumably in time with the launch. As long as there's enough worldwide support for rollout of 2Gbps services, we'd expect to see mobile phone handsets follow in early to mid 2019, although those may be eclipsed by the first true 5G handsets in any case.

So my current phone won't be 4G 2Gbps compatible?

Sadly, no. Bear in mind that a number of available handsets, such as the Samsung Galaxy S9+, Huawei P20 Pro and others offer up to Category 18 speeds, peaking at 1.2Gbps, so on those devices you might just see a bit of a speed bump.

It's also important to realise that like any other wireless service, that top 2Gbps speed is a theoretical lab peak speed. You're never really going to see it in real world usage, although with the price of mobile data, that's probably for the best.

If you're keen on a Samsung Galaxy S9+, here's Telstra's current plan pricing for a brand new Samsung handset: