Telstra’s 5G network goes live: What you need to know 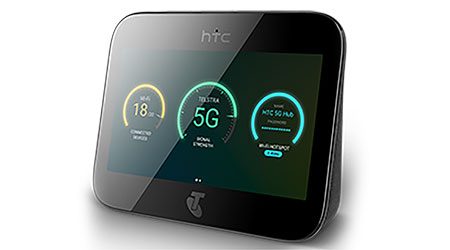 Telstra has announced the first of its 5G devices will go on sale on 29 May. The telco had signalled last year that it was working with HTC to bring its HTC 5G Hub to Australians as part of its rollout.

From today, you'll be able to order it for use "in selected areas" on the 5G network. Outside of those areas, it'll connect to Telstra's 4GX network at the highest available speed, depending of course, on network conditions.

How fast will it be?

That's an excellent question! Mobile data speeds are inherently variable, and while the promise of 5G is that it will provide both higher speed access as well as much lower latency than existing 4G networks, Telstra rather specifically isn't providing any direct figures that it expects to see from the HTC 5G Hub in 5G areas.

What we've seen so far backs up that variability story. In a single test of the HTC Hub 5G within a 5G area we hit just under 100Mbps. That's not "slow", but it's well below the hype surrounding 5G. Shortly after, on a Samsung Galaxy S10 5G, we saw a 5G speed test clock in at over 1.2Gbps.

We're waiting to do more concrete testing over a wider area and span of time, but for now, the answer appears to be that it varies. Telstra's expectation is that 5G speeds should be roughly double those of achieved 4G speeds in the real world.

For the HTC 5G Hub, Telstra is advertising three mobile broadband plans to choose from, with varying levels of data inclusion. Here's how the pricing pans out for consumers:

Telstra states that it's working on all-new plans to be released by the end of June that will include a "5G bolt-on" so it may be wise to wait and see what those plans look like unless you're super-keen.

How much will the 5G bolt-on cost?

Telstra has stated that the 5G bolt-on will be a "free" inclusion for the first 12 months, in order to enable customers to try out 5G services.

After that time, according to Telstra CEO Andy Penn, it will be available at no cost on the top two plans (whatever their cost is at that time) and for any other Telstra consumer for an additional $15 per month.

Is this a fixed broadband product?

No, it's actually a mobile hotspot. While Optus has indicated that its first 5G services will use a fixed location modem, Telstra is going mobile with the HTC 5G Hotspot. Battery life from the 7,660mAh battery will vary by usage, with a claimed "up to" battery life of 24 hours.

Where will I be able to get 5G?

Although we've got to be careful about the use of the word "coverage" there, because this isn't a thick blanket of 5G data across every square kilometre of those locations. Telstra has released coverage maps that show its "expected" coverage in those locations by 30 June 2019. As with all things mobile data, your actual experience may vary widely.

What happens if I take the HTC 5G Hub outside those areas?

The HTC 5G Hub will drop to the best speed Telstra can give you based on network conditions outside 5G areas, which could be 4G, or even 3G depending on where you travel. It's also worth noting that 5G signal propagation isn't as wide as 4G, which means it's entirely feasible that you may drop onto 4G even within a "5G" area.

I'm not on the 5G list of locations. What happens to me?

Telstra says that it's working to bring more areas of Australia online with 5G through 2019 and 2020, although it hasn't yet released specific details of the next set of available sites. However, it's a fair bet that it will target heavily populated areas and expand its capital city coverage in fairly short order.

Which of these highly rated Internet providers should you sign up to?

If you’re not happy with your NBN, it might be just the right time to try an alternative.

Plus a whole range of other offers with Optus.