Telstra will launch 5G in Australia in 2019 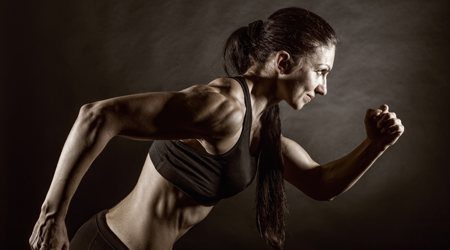 In Barcelona, Telstra has laid out parts of its roadmap for the mobile evolution to 5G, announcing that its 5G network will go live in 2019 across major cities and what it's calling a "number" of regional centres in 2019.

Telstra is keen for as many Australians to access 5G services as possible, with its Chief Operating Officer Robyn Denholm stating that "5G will be a critical building block in economic competitiveness for the nation, so we are planning our network rollout to give as many customers as possible access to 5G technology as soon as possible."

"It is not a case of simply flicking a switch in 2019. We are already working with vendors like Ericsson, Qualcomm and Intel today to develop the end-to-end 5G ecosystem."

Telstra's 5G plans call for a service that utilises both sub 6GHz and mmWave spectrum, and its existing trials on the Gold Coast have already hit speeds over 3Gbps with latency as low as 6ms.

Telstra's vision for 5G is that it very much will be a technology that works alongside its existing 4G network infrastructure, further outlining its already announced plans to hit 2Gbps on 4G alone.

Telstra's earlier announcement didn't specify timeframes for 2Gbps 4G, but in Barcelona, Telstra's Group Managing Director of Networks, Mike Wright, stated that the intent was to add 2Gbps 4G capabilities to "select areas in the coming months". For that rollout, it requires not only network capability but also devices. According to Telstra's Mike Wright, the expectation is that the rollout of 2Gbps 4G compatible devices would be essentially similar to the experience with its rollout of 1Gbps services.

Telstra's existing 1Gbps-capable 4G serviced by devices such as the Telstra Nighthawk M1 router as well as a number of compatible smartphone handsets is already live in Melbourne, Sydney, Brisbane, Adelaide and Perth.

Telstra competitor Optus has already flagged that it will launch its own 5G services in early 2019, with a focus on fixed wireless 5G services, although it has yet to detail precise locations or pricing for such services. Telstra's contention is that it wants to deliver a more "holistic" 5G experience.

"It's called a 'mobile' network for a reason," said Mike Wright. "Absolutely, we'll have customers using it in the home as their only (fixed wireless) solution, but to get the value we need to leverage the entire network."

Still, Telstra won't commit to precisely when in 2019 it will make its 5G network available to consumers, and that's to do with wanting it to be available across that entire network.

"It's about having the ability for consumers and businesses to have 5G across multiple use cases," said Telstra's Robyn Denholm.

"We believe we're in the lead in a broad sense. We know that the standards have not been set. Those standards will likely be endorsed in September."

"Once that standard is set, we can talk about real 5G deployments. In 2019 we're launching our 5G network, and it will have multiple use cases; it will be deployed over time in major capital cities and regional areas in the 2019 timeframe."

Telstra's estimation is that the emergence of 5G services won't see an uptick in data prices, if only because their 5G network deployment should be more efficient in delivery terms. "There's no question that 5G will enable us to reduce the cost of traffic. From a consumer perspective that should enable cheaper data prices," said Denholm.