Telstra's Gateway Frontier Wi-Fi Router combines ease of use with the fallback of effectively free 4G data if your primary service goes down.

When you sign up for any internet plan with a telco provider, the chances are pretty good that you'll be offered an included modem-router as part of the deal. Telcos do this because it's much easier to support a known device than any of the myriad of router/modem combinations that you might be running. Consumers generally like this because it's a low-cost, low-stress way to simply get onto the internet without having to understand much, if any of the technology that underlies the mostly average modem-routers they're offered.

Telstra's Gateway Frontier is a different kind of play. If you want the features of the Gateway Frontier, you'll have to pay a little extra each month over the life of your Telstra ADSL/HFC/NBN connection, so it's worth knowing what you're getting when you sign up. 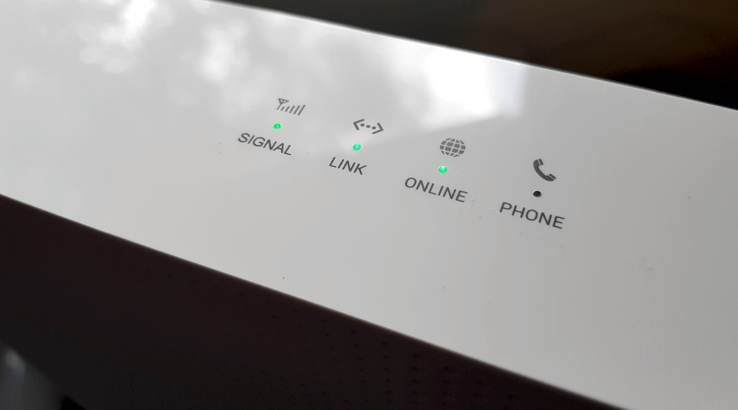 Telstra's Gateway Frontier is a very plain looking white box router, and that's very much by design. Many higher-end routers tend towards a high-tech hedgehog look with multiple external antennas to accentuate performance, but at the cost of being particularly visually pleasant, especially for a device that you might have in your living room. The Gateway Frontier looks like something that you'd find in an IKEA catalog, albeit not at a terribly high price. There are no specific external antennae in play, although it does have two standard mounting points for them if you needed additional range. To check connectivity there's a limited set of labelled blinkenlights on the top of the router itself.

The simple uncluttered design motif really only applies to (at best) half of the Gateway Frontier, however, because the rear of the device is typically going to be a mess of cables, including your incoming Internet connection and any ethernet-connected devices. Your own tolerance for cable clutter and needs when it comes to fixed-line connections will rather determine how bad this can get.

The Gateway Frontier supports Telstra ADSL, fixed line NBN and HFC cable connections, although in the latter case you do have to use an additional cable converter box which requires its own distinct power supply. That's the model I tested with, and it's a pity that Telstra couldn't incorporate the HFC connectivity within the main router enclosure. Nobody's every really uttered the words "As pretty as a router" before, but the Gateway Frontier is at least inoffensive compared to some of the antenna-adorned insults to decor that some manufacturers come up with. Having a secondary device permanently tethered to it rather spoils this effect. The Gateway Frontier is a Dual band 802.11ac router with MU-MIMO, 2 USB 3.0 ports, 4 Gigabit Ethernet ports and NFC capabilities, but its real party piece, if a router can be said to have such a thing, is that it operates with a 4G fallback at all times.

If your fixed line connection goes down, no matter what it is, you'll drop onto Telstra's 4G network instead, maintaining your connection while Telstra sorts out whatever the disconnect issue actually is.

This isn't the first time that Telstra has offered a router with integrated mobile broadband as a fallback, but where the Gateway Frontier differs is in the fact that the use of 4G data is built into the router itself, rather than being a separate subscription product. If you have to fall back on 4G data, you're simply using whatever quota is applicable to your home broadband connection while you do so, not incurring hefty mobile broadband bills.

There are some significant caveats to throw into that statement before you figure you can rush out to get a very low cost "unlimited" 4G broadband service, however. The 4G connection is only intended as a fallback position, and it's significantly speed limited compared to what you're likely to see on any other Telstra mobile broadband product.

While devices such as the Telstra 4GX Nighthawk M1 can manage a (theoretical) upside of 1000Mbps, the Gateway Frontier's connection is specifically throttled to just 6Mbps down and 1Mbps up when it's being used as your fallback connection. That's the maximum speed it will hit, meaning that it should be acceptable for basic internet use, but not entirely up to scratch for, say, 4K Netflix binges.

The whole idea with the Telstra Gateway Frontier is that it's a set-and-forget type router, with installation involving not much more than plugging it in and connecting to Telstra's network for provisioning and final setup. That took a little while to get working in my case, and if you're someone who likes fine-tuning their home network setup you may find the Gateway Frontier's limited standard setup a tad frustrating.

It's very much a product for those who don't want to tinker, however, so that's very much a niche observation. One large scale benefit if you're waiting for an entirely new Telstra connection is that you should automatically connect to the 4G network while you wait for the physical installation to take place. In my case it was being connected to an already functional cable connection, so the downtime wasn't noticeable. 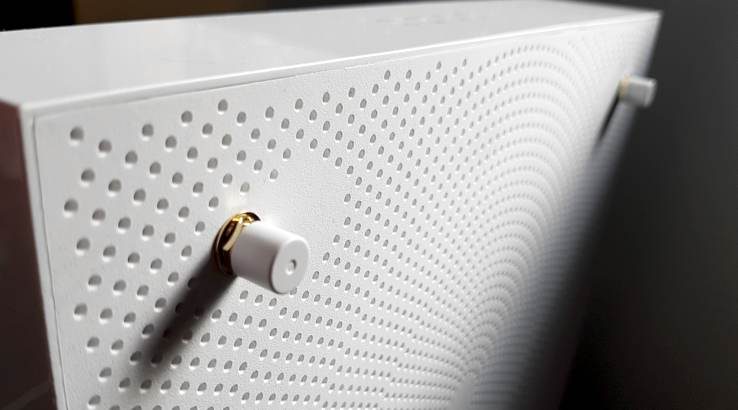 The Gateway Frontier is designed to act as a fallback 4G device if the network goes down, and while Telstra Cable in my area has its shaky times, I never did hit an actual outage, so had to fake one in order to test that side of its functionality. 4G coverage was near instantaneous, although predictably because you do switch IP addresses, some functions such as streaming TV did need to restart. While they should share similar upload speeds, I actually found the 4G fallback to have superior throughput to the cable. Hopefully once NBN HFC kicks into full gear that should no longer be the case.

Like many of its previous premium router products, the Telstra Gateway Frontier is enabled by default for Telstra's national Wi-Fi network, Telstra Air. This means that your router forms a tiny part of Telstra's million-strong Wi-Fi national network. That's at the cost of a small quantity of your bandwidth, with the tradeoff being that you get to access all other Telstra Air hotspots, as well as fon-branded spots internationally at no additional cost.

Wireless connectivity from a router is always going to be a variable affair depending on the precise makeup of your home, but switching from a competing 802.11ac router with multiple antennae to the Gateway Frontier did see a slight reduction in my home network's individual range. That could be mitigated partially with the use of external antennae, although I've never yet found a single router that can cover my entire premises anyway. Your experience may vary, but having tested many routers in the same location, I'd put the Gateway frontier's throughput at average, rather than exceptional. 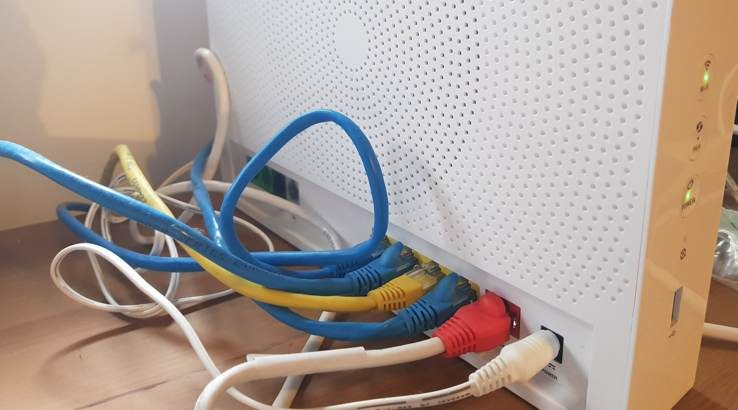 Ultimately, the Telstra Gateway Frontier is a router pitched very squarely at the set-and-forget consumer, which is the majority of the market, and while 4G fallback might not be the fastest, if you're concerned about continuous internet access and looking to use Telstra as your internet provider anyway, it's worth consideration.

Interested in a Telstra broadband service at your home? You can check out all of Telstra's broadband plans below: