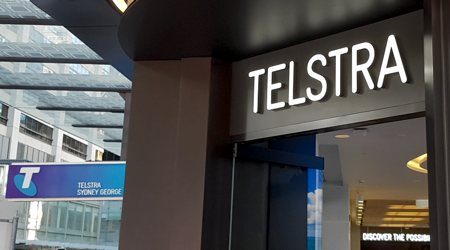 Telstra has expanded the reach and scope of its 4G network in regional Australia with new 1800Mhz sites in northern Queensland and South Australia.

If you're in a metropolitan area, the chances of you being able to get a decent 4G signal are pretty good, whether your carrier of choice is Optus, Vodafone or Telstra. Travel outside the cities into regional areas, however, and the availability and quality of 4G coverage varies quite markedly.

Telstra's mobile services have long had the lead here, having rolled 4G out to regional centres at a point in time where its competitors were metro only, and it's today announced further expansion of its 4G offerings through South Australia and North Queensland.

In a post on Telstra's Exchange Blog, Telstra'sGroup Managing Director of Networks Mike Wright announced the expansion, stating that it's rolled out "around 200 sites receiving 40 to 50 per cent more 4G capacity."

The expansion is down to Telstra's investment in additional blocks of 1800Mhz spectrum purchased in February this year. That's relevant as not quite every 4G phone is 1800Mhz compatible, especially if you've imported one from overseas, although you should find that the vast majority of handsets are.