Telstra doesn't charge much for the Telstra Essential Tablet, but if all you want to do is browse a few web pages, it's perfectly adequate.

Quick Verdict
The Telstra Essential Tablet is remarkably affordable, and while that's because it's about as basic as a tablet can get, it'll be just fine for many people's needs. 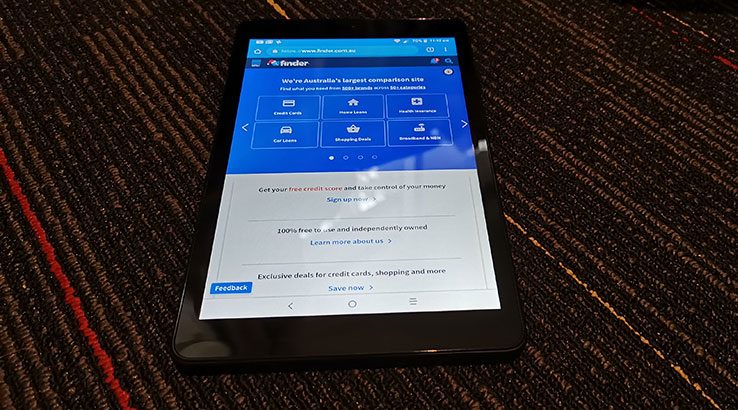 Telstra doesn't, of course, build its own hardware, but it does has many years behind it of slightly reworking and rebranding products from other manufacturers such as ZTE, Huawei and LG. As is the case with a lot of its 2018 devices, the Telstra Essential Tablet is originally an Alcatel product. It's the Alcatel 9027T to be precise, with a very light dusting of Telstra's branding thrown on the back.

Alcatel's whole business model is built around highly affordable budget devices built to a price point. The Telstra Essential Tablet has definitely been built with a price point in mind, and so it's no shock at all that this is such a simply built device. What you get is an 8-inch 1280x800 pixel LCD display with a moderately thick bezel around it, simple plastic side buttons and a plastic flap that hides the SIM card and microSD card slots at the sides. You'll want to hope you're not going to have to change the SIM card or microSD cards all that often because the flap that protects them feels especially flimsy.

Now, normally I'd see those issues as a huge problem, but in case you weren't paying attention, this is a tablet that Telstra sells particularly cheaply. It's totally a case of getting what you pay for, and nothing else besides. 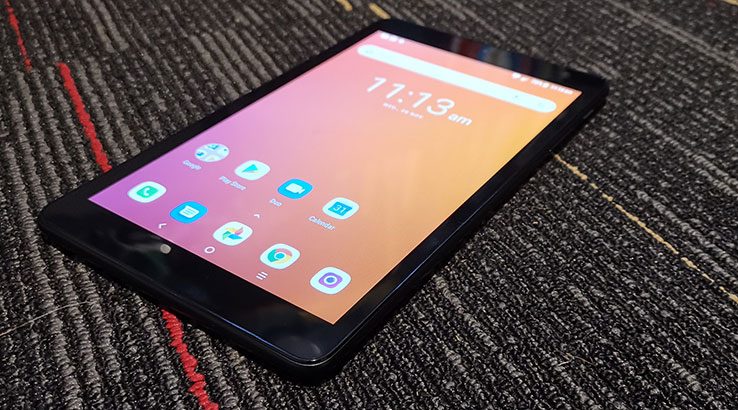 So what are the "essential" features of a tablet? That's going to depend on who you ask, I think. Ask Apple, and it'll try to sell you a multi-thousand dollar iPad Pro as your next do-everything computer.

The inclusion of Android Go means you get the low-impact versions of Android apps, although you can load just about any compatible Android app onto it if you wish, but you'll almost certainly hit the 16GB storage barrier quickly. Of course, that's if you don't give up doing anything complex simply because of how low-power the underlying architecture actually is. Games are especially problematic, with the Telstra Essential Plus recording a 3DMark Slingshot Extreme OpenGL score of just 91. It's not the lowest score we've ever recorded for a mobile device – that dubious plaudit belongs to the Nokia 1 at 65 – but it's in no way good.

The Nokia 1 proves that a cheap smartphone can still pack quite a few surprises.

For basic web purposes such as checking web pages, basic email or even watching standard definition YouTube clips, the Telstra Essential is capable, if not precisely speedy. At its size, it's quite easy to carry around, and the fact that it incorporates a micro SIM slot for 4G connectivity means you can even use it as a portable browsing solution, paired (naturally enough) with a qualifying Telstra mobile broadband plan.

4G LTE tablets aren't unique, but they're uncommon at this price point, and Alcatel goes one further by fully enabling actual mobile phone features on the Telstra Essential Tablet. Yes, you'll look ridiculous holding an 8-inch tablet up to your ear in public to take a call, although the speakers aren't as bad as you might imagine if you want to use it as a speakerphone. 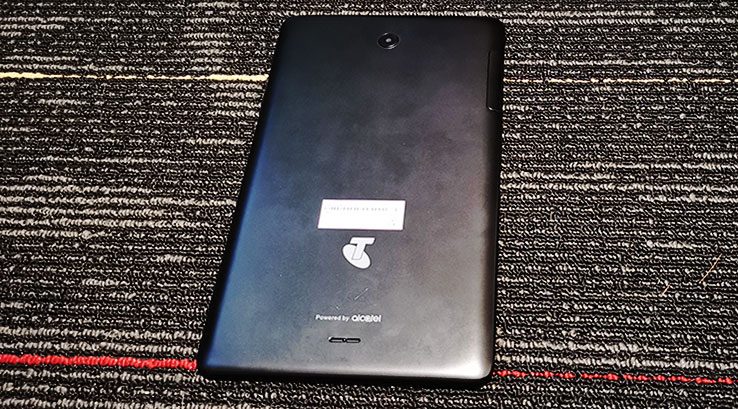 The Telstra Essential Tablet packs in a 4080mAh battery, which should give it decent battery stamina given it's such a low-power device. Obviously, its overall battery life will vary depending on your usage. Alcatel lists it as having up to 25 hours of talk time over 3G networks, which is not as silly a figure as you might think given you can make calls on it, and up to 400 hours of standby time.

Using Geekbench 4's battery test, which to be fair is more focused around mobile phone figures, I managed a respectable 10 hours 46 minutes of battery life, but only with a battery score of 2581. In other words, it's capable of running for quite a while, just not quickly, which fits in nicely with the rest of the Telstra Essential Tablet experience. 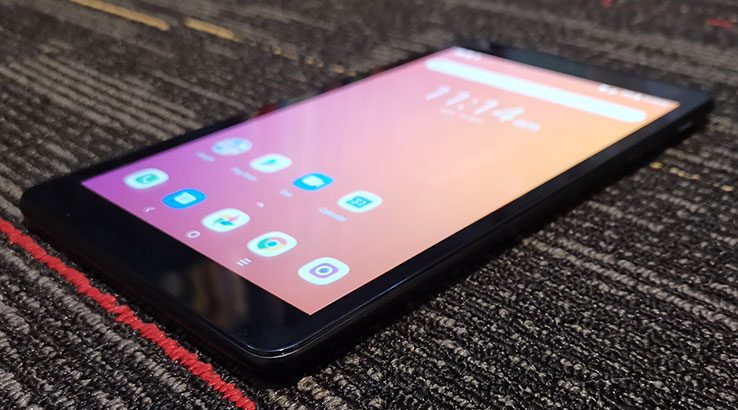 Telstra Essential Tablet: Should you buy it?

My essential tablet advice hasn't changed much in 2018. If you want to buy a good tablet, it's hard to look past Apple's iPad – not so much the iPad Pro – because Apple's tablet apps run smoothly and well on that platform.

But that's at a price point that not everyone can meet or might want to.

If all you're after is a device to scan your social media or news feeds over breakfast, or maybe catch a few viral YouTube videos on the commute to work, the Telstra Essential Tablet will do just fine. It is in no way at all fancy, and it's not fast, so you're compromising pretty heavily on performance, but you won't have to pay a high asking price when doing so.

The Telstra Essential Tablet sells in Australia exclusively through Telstra for $129 outright.