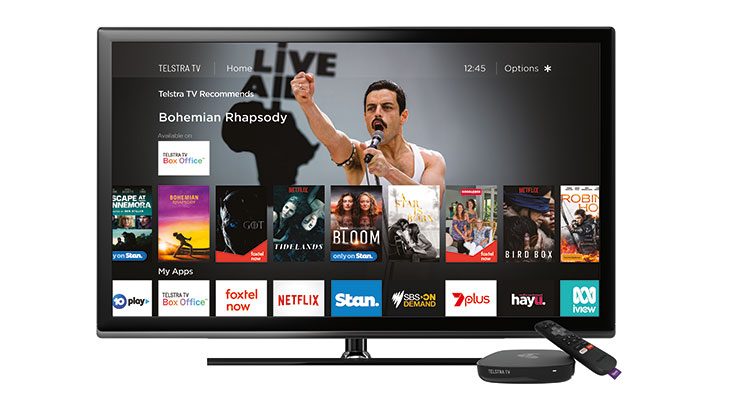 Month to month NBN is in at Telstra, along with a 3rd generation Telstra TV.

Telstra is set to rework its NBN broadband plan strategy from 26 February with the launch of new broadband plans that eschew fixed 24 month broadband contracts.

Instead, Telstra will offer by default plans on either the NBN 25 or NBN 50 tier that operate on a month-by-month basis, with the only long term commitment being for the cost of the bundled modem.

Leave Telstra before the default $216 modem is paid off, and you've got to pay it out, which is quite standard across most NBN providers that insist on a specific modem.

The national broadband network can manage speeds other than 25Mbps or 50Mbps, and Telstra representatives told Finder that there were methods for consumers who wanted faster or slower plan options.

The top-tier NBN 100 band is available for NBN 50 consumers as a speed boost upgrade, but only if Telstra determines that your NBN connection can actually deliver a reliable quantity of that speed.

It's a smart way to ensure it doesn't once again run afoul of the ACCC, which has previously fined the telco for selling plans to customers on connections that couldn't deliver what was promised.

Telstra is fighting hard in the NBN space, with recent ACCC reports indicating that it still holds some 49.6% of the overall broadband market.

The one potential catch with the flexibility of those month to month plans is that all of Telstra's bundled extras are available as standalone components, and in some cases at a higher price than they were before. The value in those plans will of course depend on whether extras such as a Foxtel Now subscription or Telstra Smart Home products have interest to you.

The new remote control connects via Wi-Fi, and includes a wider range of voice search capabilities, across not only shows but also actors within those shows. While it's not a personal video recorder in its own right, it will allow you to pause live TV for up to 30 minutes at a time if you're interrupted mid-match or show.

Telstra is also rebranding its Big Pond Movies service as "Telstra TV Box Office", and as a launch promotion will gift consumers who sign up for a Telstra TV at $9 a month over 24 months with $125 in credit to spend on rentals through the renamed service.