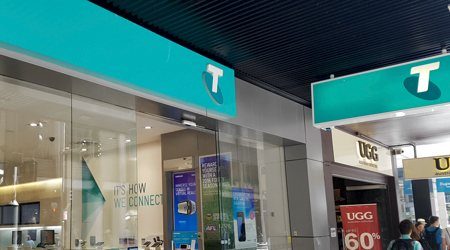 After an unexpected network outage, Telstra will once again open the floodgates with a free data day for customers. Here’s what you need to know.

As we reported, Telstra initially indicated it was investigating the issue via a blanket twitter statement seemingly sent to anyone who complained, later updated with a promise that the issue was being fixed.

From around 9pm last night that appears to have been the case with most customers reporting a return to service.

What caused the outage?

The outage appears to have been triggered by an issue related to connecting international roaming customers to the Telstra network, and not, as with the last outage, with human error relating to network infrastructure.

Telstra issued a statement on the outage:

The issue started at around 6pm and we started seeing progressive restoration from around 7.30pm. The issue was sporadic so different people were impacted at different times. We sincerely apologise to our customers for the inconvenience we have caused again. As a way of saying we’re sorry we’ll be providing a free data day for all of our mobile customers on Sunday 3 April.

We had a problem that triggered a significant number of customers to be disconnected from the network. Reconnecting them to the network caused congestion. We had a connection problem overseas impacting international roaming customers which then had a flow-on effect domestically. The issue is not related to the outage that occurred in early February.

The problem that repeated itself was in people reconnecting to the network. Following the last event we commenced a major process and engineering review of the network, which includes global network experts, to understand how it occurred, and while the two incidents are not related, we will add the lessons learned from this incident to that review.

What is Telstra doing about the outage?

Telstra recorded record quantities of data flowing through its network the last time it offered all data across its network for nothing, and it’s likely that the same scenario will play out this time around as well.

As such, while there’s no particular "catch" to this offer -- or for that matter at this stage any indication of business compensation beyond the free day -- it’s worth bearing in mind that some congestion is likely on the network, and that it would still be wise to have a decent record of your recorded usage before and after 3 April in case of disputes.

Likewise, if the prospect of free data appeals to you, you could always pick up a low-cost Telstra prepaid SIM to gain access to the network prior to the free data day.

I'm on a Telstra MVNO. Do I get free data?

In most cases the answer there should be yes. Telstra has put together a FAQ with details of the free data offer where it states that customers of Boost will definitely get access to free data that day, including (for states where this is applicable) an additional hour if you're in a state transitioning from daylight savings time.

As for other MVNOs, Telstra appears to be making the free data offer open to them, stating that "Customers of Telstra wholesale providers who use the Telstra mobile network may also have access to the ‘free mobile data’ offer on Sunday 3rd April. Please check with your provider for more information."