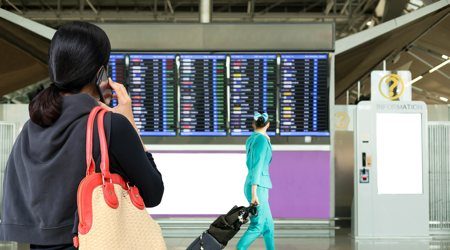 Global roaming remains a major pain point for any Australian traveller, with horror stories abounding of unwary users heading off our golden shores and ending up with phone bills that would put the average Sydney mortgage to shame. Telstra caused something of a furore this time last year with expanded charging plans for roaming before dialling back on those changes. Now it’s changing its mobile data roaming plans again, but this time the news is better.

The previous three-zone arrangement is being dumped in favour of a two zone system. It’s quite easy to work which zone you’re travelling to, because Zone 1 is comprised purely of New Zealand. If you’re travelling anywhere else, it’s going to be a Zone 2 country.

So how do the new pricing schemes compare? They all come with unlimited calls and texts, but the expiry period and data inclusions vary by price paid for a roaming pass.

Telstra has also made changes to the way customers use the global Fon network that its Telstra Air partnership is part of. Previously if you were a Telstra broadband customer with a gateway that connected to the Telstra Air network, sharing part of your broadband capacity along the way, the sweetener was that you got global access to Fon hotspots.

Telstra is now expanding that access to its mobile customers, making Fon access free to use as long as you’ve previously signed into a Telstra Air hotspot. Telstra will continue to offer free Telstra Air hotspot connectivity to its customers until at least 27 March 2017, although that’s a deal that’s already been extended a couple of times.