Quick verdict: A great blender for well under $250 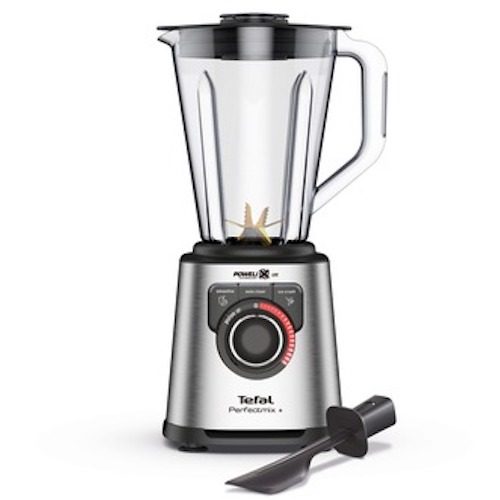 There is so much emphasis placed on blender brands like NutriBullet and Vitamix that it's easy to forget that blenders can be a relatively cheap and simple appliance category. This Tefal PerfectMix+ Blender is a great example of what casual blenders should be.

There are plenty of products like this on the market, but I haven't tested any at this sub-$250 price point that I thought would be able to last more than a year. While I've only had this one for around a month, I'm not getting any concerning motor smells and it performed extremely well in most comparisons, even with blenders that cost almost 10x as much. I've generally had good experiences with Tefal products, and that quality appears to have carried over to this affordable blender. Read on to see how it faired in my tests. Refreshingly, I love the design of this little blender. The base is small and shiny, with a dial that lights up like something from the late 90s. It's not a black monolith, but brushed stainless steel (or at least some kind of brushed, shiny metal), and the base won't take up your whole bench.

Granted, that's because it has a smaller motor that isn't as powerful as the Vitamixes I've tested, but it's also a third of the cost of the cheapest of those Vitamixes, and almost 10% of the most expensive, so you really wouldn't expect as much power.

The base also has little suction cups to keep it rooted to the bench, and I find this adorable. However, I also forget about it a lot, so I end up lifting too hard and then nearly punch myself in the face. So, be aware of that, I guess.

Even the design of the jug is nice. It has a round base, which works well with the circular motion of the blades (what a concept), there are 6 blades instead of the usual 4 (3 of them are serrated), and the lid attaches securely. Tefal claims the jug is made out of Tritan, which is supposedly very strong even though it feels light and flimsy. I haven't dropped it yet, so I can't speak to the long-term durability, but it hasn't died so far. It's also dishwasher safe, which I appreciate.

The jug has to be locked into the base for the blender to operate, which is a great feature to avoid accidents. This does introduce a failure point (the locking mechanism), but as Tefal offers a 10-year repair guarantee, it's easy to get replacement parts from the Tefal website or get it repaired professionally at a repair centre. A replacement jug is only $25, and since not all brands are embracing the right to repair, this is a reassuring thing to see. The controls are easy to see and use. There are one-press pre-sets for the most common things; smoothies, ice and cleaning, and a physical dial with indicator lights to set intensity. It looks and works like a blender, and is exactly what you would expect and want. It's not reinventing the concept or aesthetic of blending, and it really doesn't need to.

The blades are designed to create a spiralling vortex to pull ingredients into them, and I think that might be the kind of horror story blueberries would tell around the campfire, were they ever to gain sentience and discover fire. 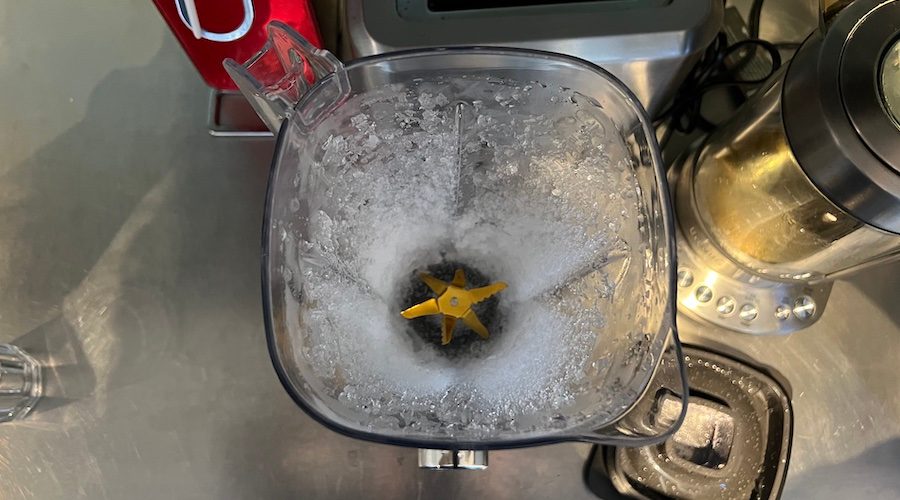 All those nifty little design features mean nothing if the motor is pathetic. At 1200W, the motor is powerful enough to blend regular things. It won't be pulverising a toy car, but you also probably don't want it to do that.

I used the Tefal PerfectMix+ over a bit more than a month to blend a bunch of things, but there were 2 identical tests I did across the 5 blenders I've been reviewing to do proper side by side comparisons. Those tests were smoothies (with frozen mixed berries, frozen mango, orange juice and water) and ice crushing for a granita.

To begin with the ice crushing, the PerfectMix+ has an ice crushing program built-in, so you just need to press the button on the front and the ice becomes crushed. In my test, I was specifically trying to crush ice for a granita, because granitas are awesome, delicious, and require the consistency of snow. I did not get snow from the PerfectMix+.

The ice crushing setting basically just pulses a bunch of times. The small, round base of the jug managed to crush more ice than the Vitamix E310, but I did need to shake some of the little ice pebbles into the middle for further crushing. This wasn't a problem for the fancier Vitamixes.

In the end I got crushed ice suitable for a cocktail and not a granita, which is probably how more people are going to use it, but will not suit my personal summery needs. 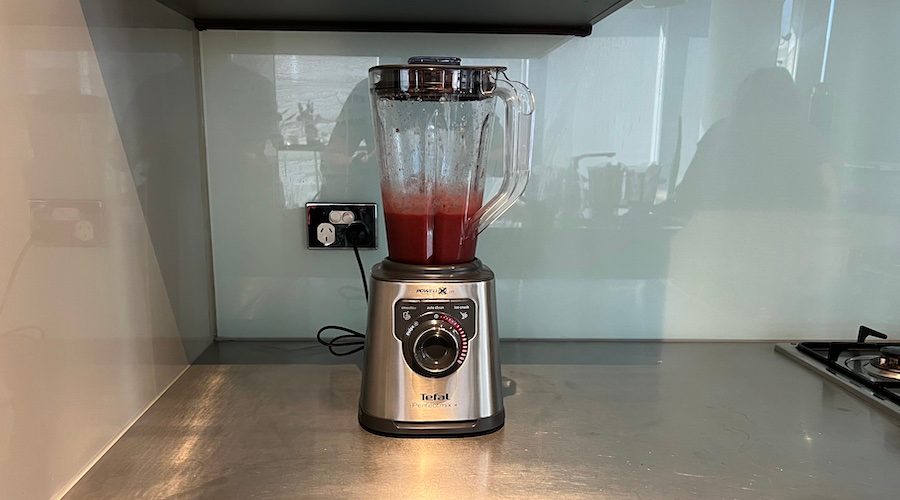 However, the good news is that the PerfectMix+ just rocks at smoothies. Truly, an incredible job. After pouring the ingredients in, securing the lid, and then attaching the jug to the base, you just press the smoothie button and then block your ears against the truly ferocious sound of the motor. This motor sings the song of its people, and that song is LOUD. At the end of blending the smoothie, it beeps cutely to tell you it's done, as though the absence of mechanical screaming isn't a giveaway.

This smoothie was the smoothest of all 5 blenders I tried, despite the PerfectMix+ being the cheapest. The fruits remained cold, there was a suggestion of texture while still being extremely smooth, and in a blind taste test, both my wife and I chose this one as the best smoothie. Granted, it was a fairly close field at the top, but it punched well above its weight.

This is the blender I would recommend to smoothie fans, no matter what their budget is. If you just want a blender for smoothies, it's not worth buying anything more expensive than the Tefal PerfectMix+ because of just how well it performed in my tests. If I was buying a blender for occasional use, this is the one I would buy.

Although I have my doubts about how long it will last compared to some of the more premium blenders, Tefal's commitment to repair makes me think you should be able to get a long life out of it. And, even if you don't for some reason, it's still a fraction of the price of a Vitamix, so it's worth a shot.

From $218.38 at Amazon Check availability at eBay