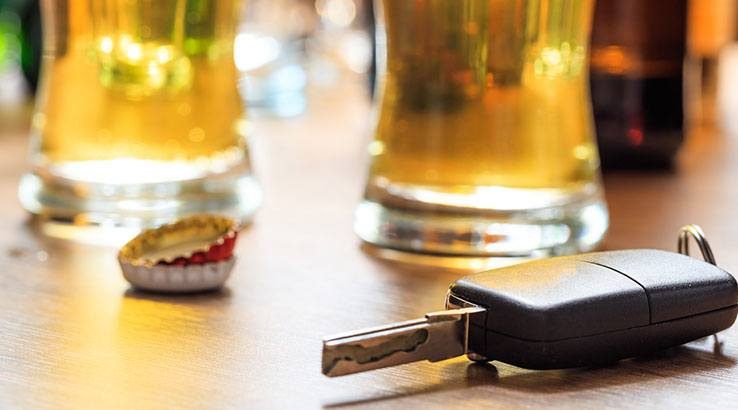 Almost half of Queensland's youth admit to riding with a driver that's over the legal limit.

After collating data from an RACQ road safety education program in Queensland schools, the RACQ found that a surprising 40% of youngsters had travelled as a passenger with a drink driver.

Spokesperson for the RACQ Lucinda Ross said that teens in both rural and metro areas were risking their lives. In regional areas, half of the respondents said they'd been in a car with an intoxicated driver. While Ross acknowledged that public transport services are less available in regional areas it's not an excuse for youths to be tempted into jumping in the car with someone who has had too much to drink.

"We know public transport or rideshare options mightn't be as prevalent in country areas as they are in the city, but getting into the car with a drunk driver is never your only option to get home," Ross said in a statement.

Even though urban areas have an abundance of public transport options available, there are still far too many young people getting into cars with people who are under the influence of alcohol.

"In metro areas, the situation sadly isn't much better, with 35% of teens admitting to riding with a drunk driver," said Ross.

Urge for parents to warn their kids

Ross wants parents to speak to their children and tell them about the dangers of drink drivers.

"Talk to your children about trusting their gut when it's telling them something's wrong. It's so important they say or do something to remove themselves from a dangerous situation – even if it's pretending to be sick so the driver stops the car – because it's simply not worth dying to avoid embarrassment," Ross advised.

Drink driving and the law

In Queensland, the penalties for a first-time drink driving offence are typically decided based upon your Blood Alcohol Concentration (BAC). For probationary and provisional licence holders, the disqualification is between 3-9 months. A maximum fine of $1,827 applies and you could be jailed for up to 3 months.

The same penalties apply for those found with a concentration of 0.05-0.10. For higher readings, of 0.15 and over, you will be disqualified for 6 months at a minimum and have to pay up to $3,655. You may also spend 9 months in prison.

Your car insurance and drink driving

Typically, insurers will reserve the right to cancel a policy or not uphold a claim if you were found to have a blood alcohol level over the legal limit for your state or territory. Driving under the influence of alcohol is also a general point listed for possible cancellation.

Additionally, driving in a reckless manner could also result in the insurers refusing to pay out.

Finally, you'll pay more in the future for your insurance if convicted.