Talking cars on the way - finder.com.au

Talking cars on the way 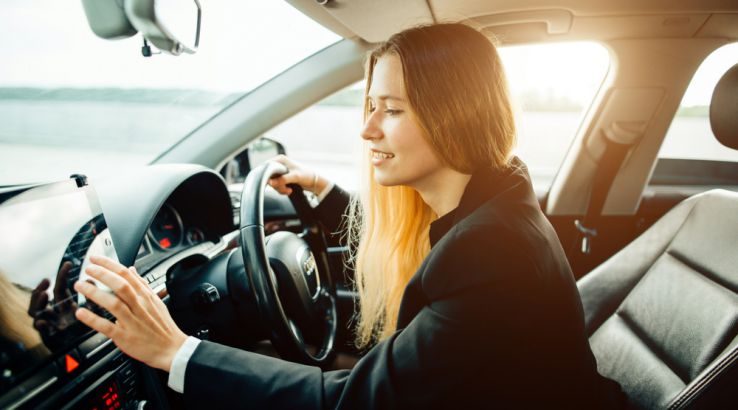 While you won’t be able to talk to your car like Knight Rider, cars will soon be able to communicate with each other.

Toyota intends to create a network of vehicles that talk to each other and their surrounding environment through a new technology called vehicle-to-vehicle (V2V) communication. Toyota and Lexus announced they would make broad use of short-range communication systems from 2021 with a complete introduction to all Toyota models from 2025.

This isn’t a new concept though, as US automakers were given seven dedicated channels in the 5.9Ghz spectrum to use for V2V crosstalk back in 1999. Toyota calls its system dedicated short-range communications or DRSC for short.

How will communicating vehicles benefit us?

Toyota says the technology will save lives and keep traffic flowing smoothly.

What will cars talk about?

Cars will communicate about simple things such as speed, the direction of travel and location, all in real time and up to ten times per second.

Practically, vehicles could communicate with each other about possible hazards and obstacles, such as a slow-moving vehicle up ahead. Other uses include cars co-operating for a more efficient adaptive cruise control or warning other vehicles as they approach an intersection. If fitted to an on-call emergency vehicle, drivers up ahead could receive advanced notifications.

There’s no need for cellular data contracts and vehicles from different manufacturers should be able to communicate with each other. If you’re worried about privacy, the system works anonymously.

Automakers may also use DRSC to communicate with tolls automatically.

Toyota’s vision of the future

Toyota’s Lentz shared the company's vision for an interconnected future of transportation.

“Three years ago, we pledged to have automatic emergency braking (AEB) in almost every vehicle we sell by the end of 2017. Today, 92% of all Toyota and Lexus vehicles sold in the U.S. have Toyota Safety Sense or Lexus Safety System + with AEB standard, and other automakers’ deployment of this life-saving technology is accelerating, three years ahead of the 2022 industry target," he said.

"In that same spirit, we believe that greater DSRC adoption by all automakers will not only help drivers get to their destinations more safely and efficiently, but also help lay the foundation for future connected and automated driving systems.”

In Japan, Toyota has been selling DSRC-enabled cars since 2015. The technology provides drivers with information about surrounding vehicles and traffic signals. So far, the carmaker has shifted 100,000 DSRC equipped Toyota and Lexus models there.

Volkswagen also announced they would develop their own inter-vehicle-communication technology by 2019. Ford plans to base their system on the mobile phone network and GM also equips some of their models, including the 2017 Cadillac CTS with V2V.

You don’t have to wait for other automakers to launch DSRC-enabled cars though, there are models with advanced safety features now. Check out our car reviews to see which models have modern safety tech.