Have an unbelievable start to the year with an opera followed by the unrivalled views of the midnight fireworks.

Sydney is famous for being one of the greatest places in the world to ring in the new year.

Pair that with a seat in the city's iconic Sydney Opera House for its New Year's Eve show and you've got a night that's pretty hard to forget – including panoramic views of the Sydney Harbour Bridge fireworks.

Each year La Bohème and The Opera Gala take place on New Year's Eve. Their intervals are perfectly timed with the 9pm fireworks display which you can step out and see from the harbour view.

Guests are welcome to stay at the Opera House until the midnight fireworks. For unparalleled views, canapés, drinks and live entertainment, there's often a midnight party you can book a spot into alongside your opera tickets.

How much are tickets for The Opera Gala at Sydney Opera House on New Year's Eve?

The 2021 Opera Gala is taking place on Cockatoo Island. Celebrate the New Year from 8pm to 2am.

Take a chartered ferry from the mainland to the UNESCO World Heritage Site for a magical evening. Tickets are available from $399 per person via Opera Australia.

How much are tickets for La Bohème at Sydney Opera House on New Year's Eve?

Tickets for La Bohème for NYE 2021 are now on sale. There are options to book a ticket just to see the Gala or you can pay for a pre-performance dinner, a ticket to the Midnight party or the full package.

This is an excellent time to see the show as this summer will be its final Sydney season after 10 years.

How much are tickets for SIX at Sydney Opera House on New Year's Day?

SIX is a pop musical that has taken the world by storm with its unique take on the 6 wives of Henry VIII.

On New Year's Day there are 2 performances, one at 6pm and another at 8:45pm.

Host to multiple dining and drinking venues year-on-year the Opera House puts on an event in more than just its concert halls:

Is there a dress code?

While there's no formal dress code for New Year's Eve events at Sydney Opera House, you're encouraged to dress up to the nines, it is a party after all.

You can purchase tickets directly via Opera Australia.

Can I watch the New Year's Eve fireworks from Sydney Opera House?

Yes. Anyone with tickets to an event or dinner on this page can view the fireworks from the venue. The foyer has excellent views but there may be limited space on the balcony. Check the terms and conditions of the specific event you're attending for more details about where you can access on the big night.

Australia stays from $30 per night

Available on select stay dates until December 2022 in Sydney, Melbourne, Brisbane, Gold Coast, Darwin, Canberra and more. Sample rate is for a stay at Gilligan's Backpackers Hotel & Resort in Cairns.
Get deal 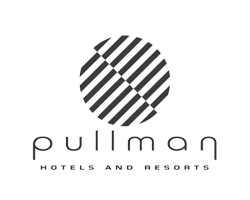 Australia getaways from $134 per night

Up to 35% off Australia getaways

Up to 50% off Sydney getaways

Available on select travel dates until 2022, including Christmas and New Year's Eve. Sample stay is at Airport Hotel Sydney. Destinations include Coogee, Bondi Beach, Surry Hills and more.
Get deal

Up to 36% off domestic stays + free cancellations

Up to 63% off holiday packages

Valid on select dates including holidays like Christmas, New Year's and more depending on the destination. Destinations include Hong Kong, Singapore, Japan, Dubai, Australia, London, USA and more. T&Cs apply.
Get deal
Was this content helpful to you?
Thank you for your feedback!

Whale watching in Sydney: A guide to the top experiences, locations and deals 11 incredible things to do in Perth in 2022