Swann Smart Security Camera review: Too basic to be worthwhile

Home security is something we all strive for and with a strong reputation in the home security space that goes back some decades, my hopes were high that Swann's Smart Security Camera would provide a solid and secure foundation.

At a basic level, the Swann Smart Security Camera does work, but its rivals leave it far behind in terms of utility, ease of installation and motion detection. 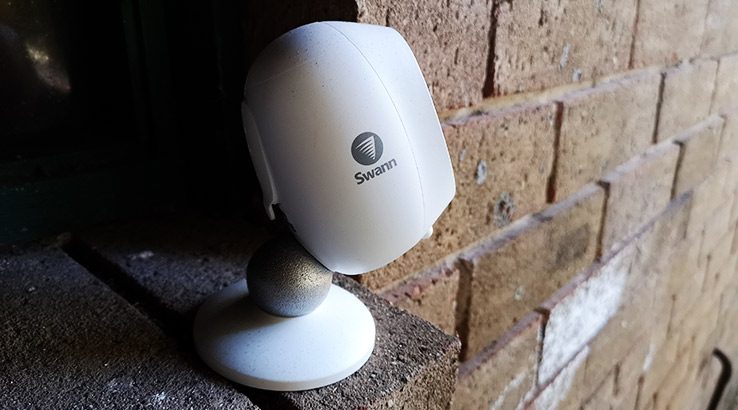 Despite the size of its box, the Swann Smart Security Camera comes with quite a bit less than you might expect. Inside the box, you'll find the camera itself, a magnetic ball and socket mounting joint, a micro USB charging cable and a very slender installation pamphlet. There's no supplied charger in the box, which means you'll have to use your phone's charger or, less optimally, a USB socket on your computer.

The Swann Smart Security Camera itself is a vertically oriented white camera that will stand out in most situations, as most smart security cameras tend to. A rubber flap at the back hides the charging point and pairing button, but there's no slot for a microSD card to expand the local memory. Each Swann Smart Security Camera measures in at 58x61x87mm with a weight of 222g.

The supplied stand is quite good in terms of providing flexible mounting options. The ball joint allows you to position the camera at a variety of differing angles. The magnetic attachment to the camera itself is quite strong, so it's unlikely to slip or drop over time. The Swann Smart Security Camera also has a standard screw mount for a more permanent fixture style. 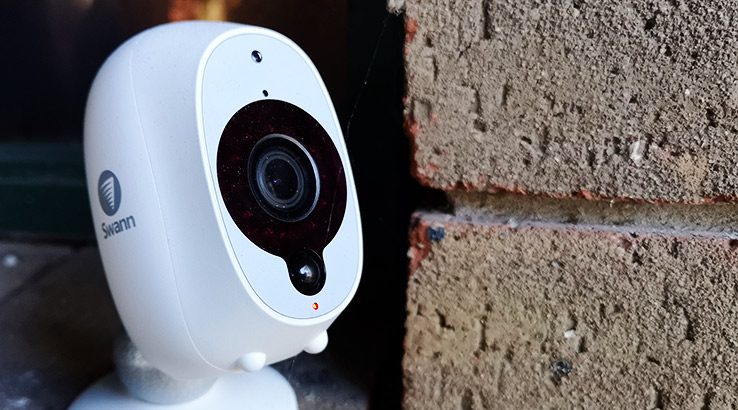 As is so often the style for this kind of camera, installation involves first charging up the Swann Smart Security Camera, and for that you'll need a plug charger nearby. That can take up to six hours to complete, so you'll need to have a little patience.

Actually, it's all but mandatory because the combination of the camera and Swann's own SAFE by Swann app is one of the least user-friendly experiences I've hit in recent memory.

Installation involves setting up a user account with Swann, which is fine, and then pairing the camera with your phone. This is poorly laid out and explained within the app. What you actually need to do is pair to the camera's own Wi-Fi first, and then kickstart pairing, but by default it asks you for your home Wi-Fi connection and then complains you're not connected to the camera!

To make matters worse, I had to try multiple pairing attempts with the Swann Smart Security Camera, first simply for my test Android handset to see its network at all, and then for the app to agree that it was in fact connected.

Once that hurdle was jumped, the camera then needed a firmware update, and again it was a dance to get it to commence the firmware update and then actually agree that I'd pressed the in-app button for this to happen. I was able to get the camera updated and running, but the entire experience was far less than optimal. 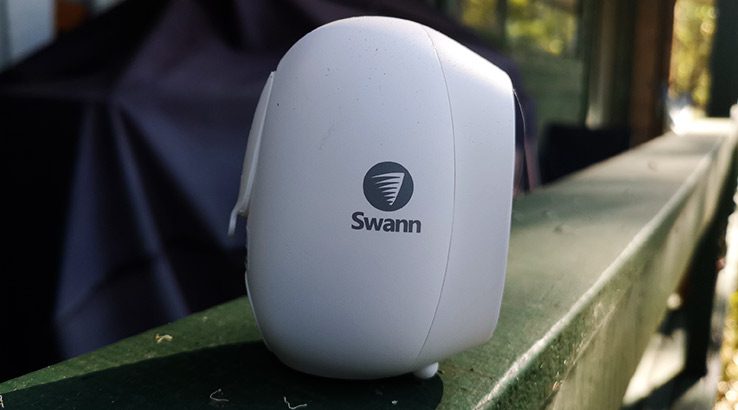 A smart security camera has one essential job, and that's detecting motion and giving contextual alerts so that you can act accordingly, whether that's realising it's a false alarm, calling for help or assisting in an insurance claim. That's the core reason why you'd buy one, and it's the very basic level that any smart camera has to at least cover.

The issue with the Swann Smart Security Camera is that it doesn't do this very well at any level. The key problem is that its sensitivity, even at maximum settings, is way too low. Monitoring my carport with the Swann Smart Security Camera over a week, with the recently tested Reolink Argus 2 and a Ring Video Doorbell covering the same area saw the Reolink and Ring fire off motion detection more than twice as often as the Swann camera.

There's something to be said for not sending false positives too often, but the Swann Smart Security Camera veers way too far in the opposite direction. To put this to the test, I deliberately ran past it at full speed – well, as full speed as a moderately unfit journalist in his mid-40s can manage, anyway – and it failed to pick me up. You could work around that somewhat by obscuring it to keep malcontents unaware, but given that both the Argus and Ring picked me up, albeit with only limited visuals, the Swann simply doesn't work well enough.

Which is a pity because when it does detect and record motion, it's quite clear, even in low light conditions. It offers full 1080p recording at maximum quality, with plenty of detail, but it's once again hampered by its slow detection routines. While I (thankfully) had no burglars come calling while testing, even I'd have trouble picking myself out from some of the smaller captures it made of me walking past.

This inflexibility also extends to the way it handles events that you want to view. While it has local fixed storage, if you access an event before it's uploaded, your only option for viewing is to download it to your local device, all the while being unaware of what's actually happening. Again, this is not optimal.

If you've invested in a smart speaker like a Google Home or Amazon Echo, the Swann Smart Security Camera might not be for you since it's also limited by having no smart assistant capabilities. While they're far from ubiquitous, we are seeing increasing numbers of smart cameras offer this kind of functionality. 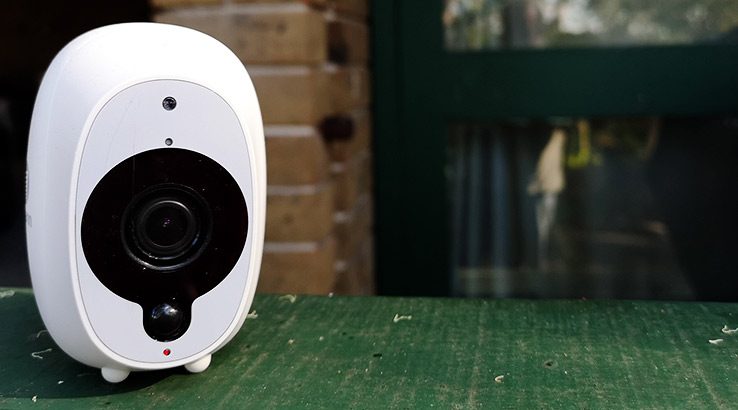 The Swann Smart Security Camera features a 6000mAh battery, recharged via microUSB cable from your own charger. Battery usage will naturally vary depending on how far from your Wi-Fi connection you place it as well as the number of incidents it records.

Swann's claim is that you should only have to recharge it "a couple of times a year", and based on my own tests, while that's a rather vague statement, it's probably true enough.

You don't have to pay for a subscription to use the Swann Smart Security Camera, although that does limit you to seven days of local storage and two days of cloud storage. Upgrading to the ExtraSafe Plan on either a monthly or annual basis gives you 30 days of cloud storage and ongoing premium support, and costs either $7.49 per month or $74.95 for a 12-month subscription. 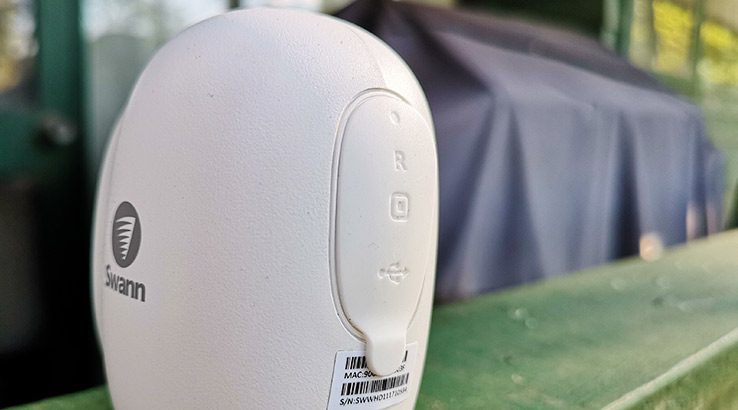 The Swann Smart Security Camera does cover the very basics of home security monitoring, but it does so at a price point that doesn't make a whole lot of sense against its competition. If you're heavily invested in Swann products and like the brand a lot, it may make sense, and there's always the possibility that future firmware upgrades may kick it up a notch. As it stands though, there are better options available for home monitoring.

The Swann Smart Security Camera is available for $269.95, with additional subscription pricing as above. You can also buy multi-pack versions with two cameras for $499.95, three cameras for $699.95 or four cameras for $899.95.

Swann as a brand has numerous security cameras and a strong pedigree in the area, and you could consider any of its existing fixed solutions instead.

If you're after a standalone security camera without the need for a hub, consider the Reolink Argus 2, or the Arlo Go camera. Netgear's Arlo range also includes hub-based smart camera systems such as the Arlo Pro 2, although you'll pay more for one of those.

Swann Smart Security Camera: What the other reviewers say